It took almost half a decade from the release of version 4.12 of the Xfce desktop environment in 2015 to the release of Xfce 4.14 two months ago. Major version Xfce releases have generally been several years apart since it's inception in 1996. This will not be the case with Xfce 4.16; it will arrive much sooner than one would except given Xfce's release-history. The developers secret roadmap reveals that it could be released this time next year. Planned features include a "night light" mode, client side decorations and header-bars in simpler applications. GTK2 will no longer be supported. 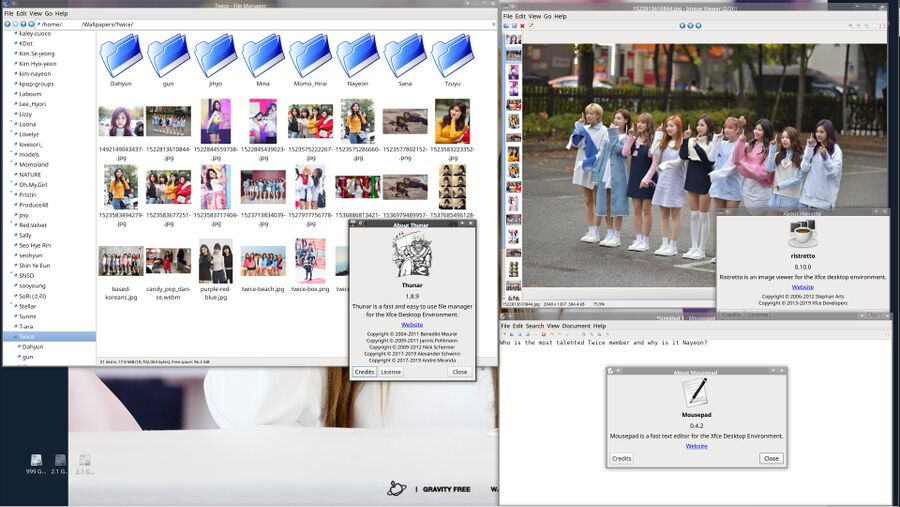 The changelog for xfce4-panel 4.15 gives some pointer to the Xfce developments teams total plan for Xfce 4.16. The first three lines in it's changelog are:

Xfce 4.14 was a re-write to use version 3 of the GTK toolkit instead of older and barely maintained GTK2. Some plugins and components were not ported. Xfce 4.14 supports those for compatibility. It seems clear that 4.16 will deprecate GTK2 and remove all support and traces of it. Old panel plugins and everything else which relies on the GTK2 support in libxfce4ui will have to be ported to GTK3

xfce4-panel 4.15 has some additional changes such as a face-lifted pager and about a dozen bugfixes. It's also got a new "dark mode" selector, more on that below.

Version 5.17 of the KDE Plasma desktop environment got a brand new built-in "dark mode" feature. Some proprietary operating system from some software company out of Redmond in the United States has a similar built-in feature. Xfce 4.16 will join the club in having a "dark mode" feature which essentially turns the current theme into a sad and dull black and white theme.

Xfce 4.16 will also have a night light mode for those who prefer a happy colorful theme with less blue light over dark and depressing colors. 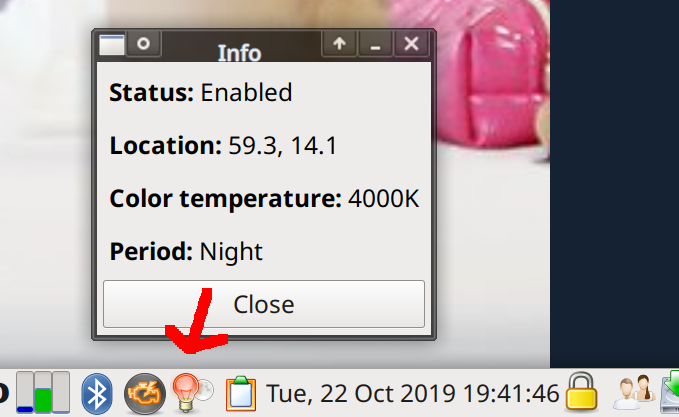 Redshift has been the go-to tray application for night color temperatures on GNU/Linux systems since 2009. More and more desktop environments are duplicating it's functionality so it can be included in the desktop's core programs.

Xfce's release-manager Simon Steinbeiß has a secret blog titled "Simon's Secret" where he writes that:

"“Night light” (as in: a timed function that applies a colorfilter to your display to reduce strain on the eyes) will likely be added to the power manager."

It has been possible to use the small and simple Redshift application to automatically shift the display's temperature to "night-light" since 2009. It supports changing the color temperature based on when the sun currently sets at a specified location and it has a handy tray-icon for quickly turning it on/off. Redshift works great on all desktop environments including Xfce (except for GNOME, of course, since it lacks tray icon support and other basic features. It's more of a tablet/smartfridge desktop so it doesn't really count). Redshift is optional and not many people know about it so it's nice that desktop environments build and integrate their own implementation even though it is somewhat unnecessary.

There will be header-bars and client side decorations

Xfce developer Simon Steinbeiß announced that Xfce 4.16 will "play with" client side decorations where "it makes sense". Simpler programs and dialog boxes like the "Appearance" dialog will have header-bars instead of a regular window manager title-bar. 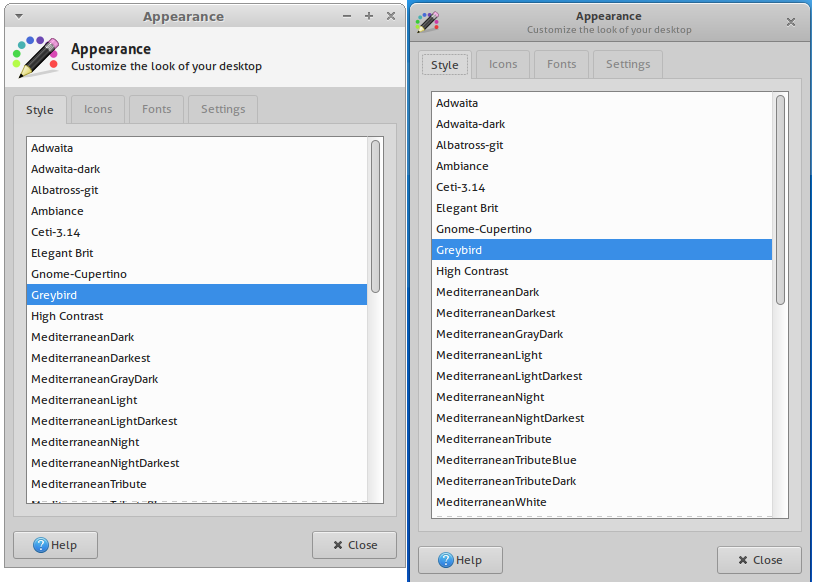 The current state of affairs in 4.14 (left) and an example of the planned header-bars in 4.16 (right)

"It is not planned to redesign more complex applications (like Thunar) with Headerbars in 4.16. We will however try to keep the experience and looks consistent, which means gradually moving to client side decorations also with our applications."

Simon expects a "shitstorm about this change".

The Xfce Wiki has a decorations review page which gives a rough idea of what their plans for header-bars is. It specifically says Xfce will not "go full Gnome style". Not all applications will have header-bars and those who do will be able to retain the window manager buttons. It will be possible to have the regular title-bar buttons for making programs sticky or minimized and so on and have application-specific icons and features.

There is no mention of Wayland support anywhere official as of now. However, the move to client-side decorations does indicate that it is at minimum on the developers mind since that would be the most logical reason as to why they are doing it. There is code for a third-party Wayland window manager called xfway which is inspired by Xfce's own xfwm4 over at github for those who would like to experiment with Xfce under Wayland. It is not officially supported by Xfce but it is meant to work with it. A Xfce developer speaking under anonymity had this to say about it:

"some parts of xfce may work in wayland, but don't expect a full working desktop with 4.16"

xfce developer source who does not officially speak for the project speaking under anonymity on October 23rd, 2019 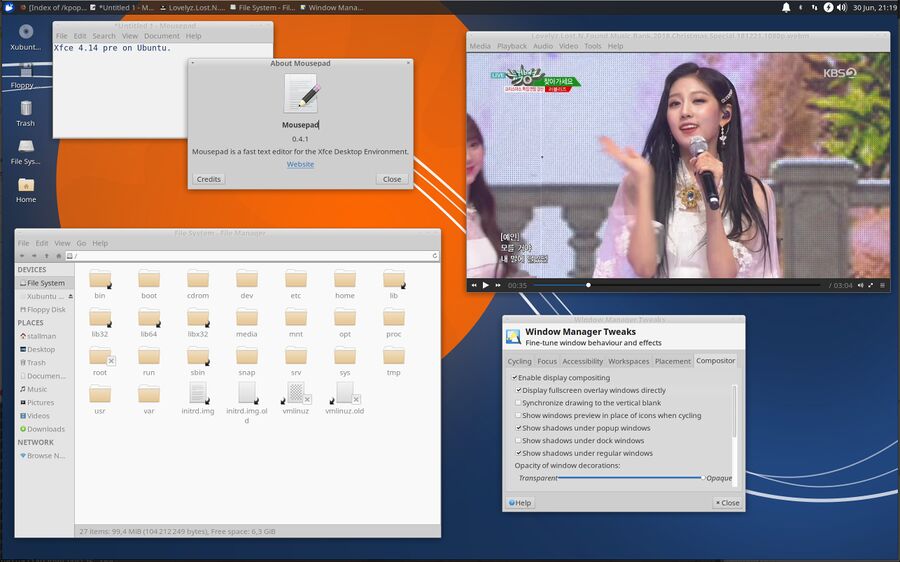 It took almost 5 years from Xfce 4.12 was released to the advent of 4.14. The secret total plan for Xfce 4.16 reveals that a "Development Phase" will last until "mid-2020". A 3 month long pre-release cycle places a Xfce 4.16 final on the table somewhere in the third quarter of 2020. That's just one year from 4.14. It is a very ambitious goal. We wish the developers of the leading GNU/Linux desktop environment good luck with the development and their very ambitious goal.

The roadmap has links to goals for some of the individual components such as the thunar file manager, the xfwm4 window manager and the power manager. It may be worth a peek if you are curious about Xfce's future.