Chess is fun and challenging and you may want to play when there's no real people around. Luckily, there's quite a few programs you can use to play chess on Linux machines. Here's a run-down of the best alternatives for playing either against the computer or other people over the network.

In bullet summary, Lichess, Knights, and PyChess are the best choices (in that order).

Lichess is a web-based, fully libre chess game with support for both English and Korean natively. Lichess is fully feature complete, with a beautiful interface offering both online and single-player play.

If you don't mind playing through a browser, Lichess is the best chess platform across almost every category.

You can try it out with no registration at Lichess.org 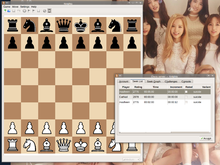 Knights is a nice-looking chess interface made using the KDE libraries. It was originally made for KDE 3.5 and later ported to KDE 4 and 5.

It supports themes, loading and saving of games, multiple chess engines (it will auto-detect the ones you have installed) and online play on chess servers. Creating a new online account - if you don't already have one - is easy.

Knights is overall a really nice program for playing chess and it is the best native client on Linux.

It's homepage is at https://kde.org/applications/games/org.kde.knights 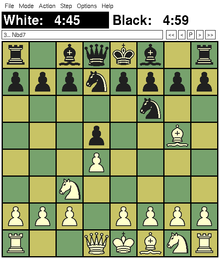 XBoard is a very old and mature chess interface. It's not at all fancy or very flashy and there is no "3D" view or anything like that. It supports the chess engines Fairymax, Fruit, Crafty and GNU Chess - and others with support for the common protocol used by these programs.

XBoard lacks a very significant and important feature: There is no graphical support for playing games over the network. This really is quite the deal-breaker and it makes XBoard an alternative not worth consideration if you want to play anything other than computer opponents. The sad part is that Board does support playing over the network and it has had support for chess servers for over a decade. The trick required to connect to say freechess is to start XBoard from the command-line with arguments like xboard -ics -icshost freechess.org. That's not exactly user-friendly. It may have been a fine way of doing things in the 1980s but it's simply not someone a program should expect users to do in 2021.

PyChess is a chess game written in Python. It's a fully-featured chess game with support for all the chess engines as well as online play. It has got a interface with animations. It supports chess board themes using both images and TTF files. Using TTF files appears to be broken, perhaps it's just our version of it or perhaps it's broken for everyone.

PyChess has all the features you would want from a chess game but it's not our favorite. The interface feels sluggish and laggy regardless of what hardware it's on, this is the case on laptops as well as computers capable of running modern FPS titles at 120 fps in 4k. It simply feels irresponsible. This may just be a personal opinion you won't share if you try it. It absolutely is feature-rick and it has everything you would want from a chess program. Perhaps you will like it.

PyChess's homepage is at http://pychess.org/ - NOT sites.google.com/site/pychess/home which is a really old page which says the latest version is v0.1 2010)

eboard is a nice chess game made using GTK 2. Development basically stalled in 2008. It's pretty much a non-alternative in 2021 due to no development for a decade. Perhaps development will pick back up and it will be great again. eboard does have one critical feature it's competitor during it's glory-days, XBoard, still does not have: A easy to use graphical interface for connecting to online servers.

eboard is no longer included in most of the popular distributions repositories. This basically rules it out as an alternative - unless you really want to try to compile a code-base which hasn't been updated against modern libraries.

The homepage is still at http://www.bergo.eng.br/eboard/ 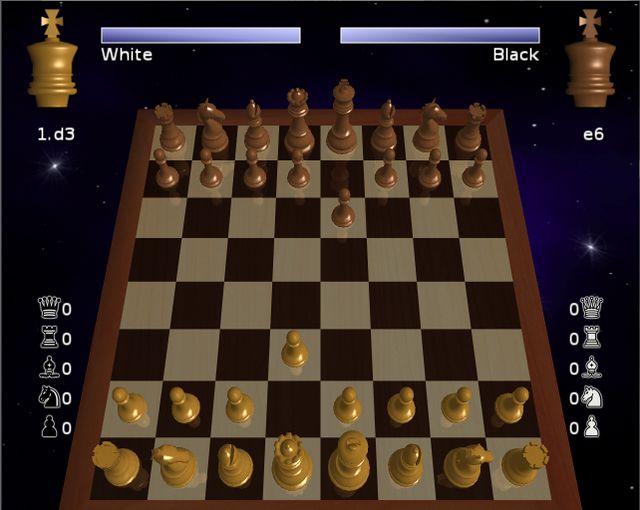 Dreamchess is a 3D chess game which shows it's age. It's default setting opens a 640x480 pixel large window. It is possible to change this to a maximum of 1280x1024. This pretty much rules out using it on a modern system. Interestingly, version 0.3.0 was released in March 2019 - so it's fairly recent. Perhaps the two developers of Dreamchess just forgot to update that part since version 0.2.0 was released in 2007 - a time when 1280x1024 was somewhat relevant.

Dreamchess supports playing against it's own computer-opponent game-engine - called Dreamchess. There is no network play.

It's fine as a chess game and it probably looks fine on a 20 year old computer-monitor.

It's homepage is at https://www.dreamchess.org/ 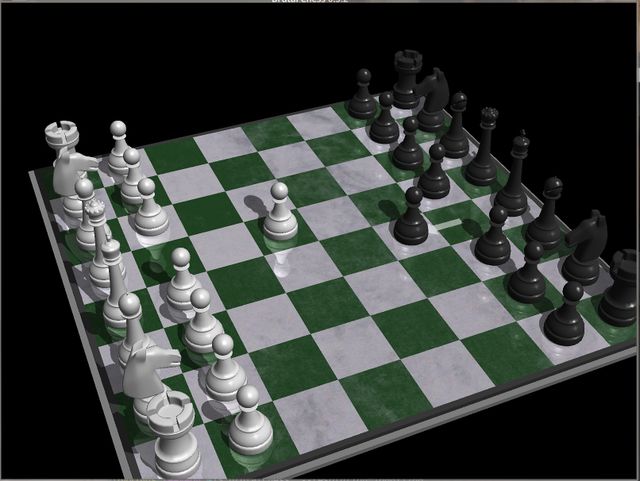 Brutalchess is a 3D chess game. It starts and presents a rotatable 3D chessboard. You can make your move and play. There is no menu or configuration options or anything of that nature.

It is possible to change the game's resolution by adding the command-line parameter --resolution=WIDTHxHEIGHT.

It's probably fine for a quick game against it's built-in computer opponent. It's severely lacking beyond that and it's more like it's a chess graphics library waiting to be integrated into some other chess program like knights.

Brutalchess has not been developed since 2007. It's homepage is at https://sourceforge.net/projects/brutalchess/

Lazy Chess is a different kind of chess game that's meant to learn or have fun with chess. It is not a regular chess game where you can play normally and do what you want.

Lazy Chess uses a chess engine to determine the two best moves you can make each turn. You can only choose between one of those two moves. You can't do anything else.

Lazy Chess is a good way to learn chess or have fun with it and you may want to try it if that's what you want. It is, however, not something you can use to play freely like you "normally" do against human opponents on the Internet or computer chess engines.

PROTIP for playing on the Internet

Most chess servers require an account. However, FICS and many other servers have a special account you can login to with username guest and password guest. You will obviously not get ranked or anything like that but if you just want to quickly get a random human opponent and play then guest,guest is fine.

It's over, these projects are finished

Gnome Chess was a GNOME 1 chess interface. It was last updated in January of 2001.

Slibo was OpenGL 3D chess interface which could have turned out to be the coolest Chess engine for Linux. It had both a 2D and a cool 3D view of a chessboard and the 3D view had light reflections and those kinds of things. The project is very dead and the last version (0.4.4) was released in August 2003. There is still a homepage at http://slibo.sourceforge.net/ in case you want to look at the code. Don't expect it to compile using modern libraries or compilers. It used some ancient thing called "cvs" for source-code management.