Two thousand individuals have so far signed an open letter supporting honorary doctor Richard Stallman, the man who started the free software movement and wrote corner-stone pieces of free software such as the GNU Compiler Collection (gcc) and the Emacs editor. The letter is a response to vicious calls to de-person Stallman spear-headed by large technology corporations, corporate shills, organizations funded by large corporations and a few very vocal mentally ill activist bullies. 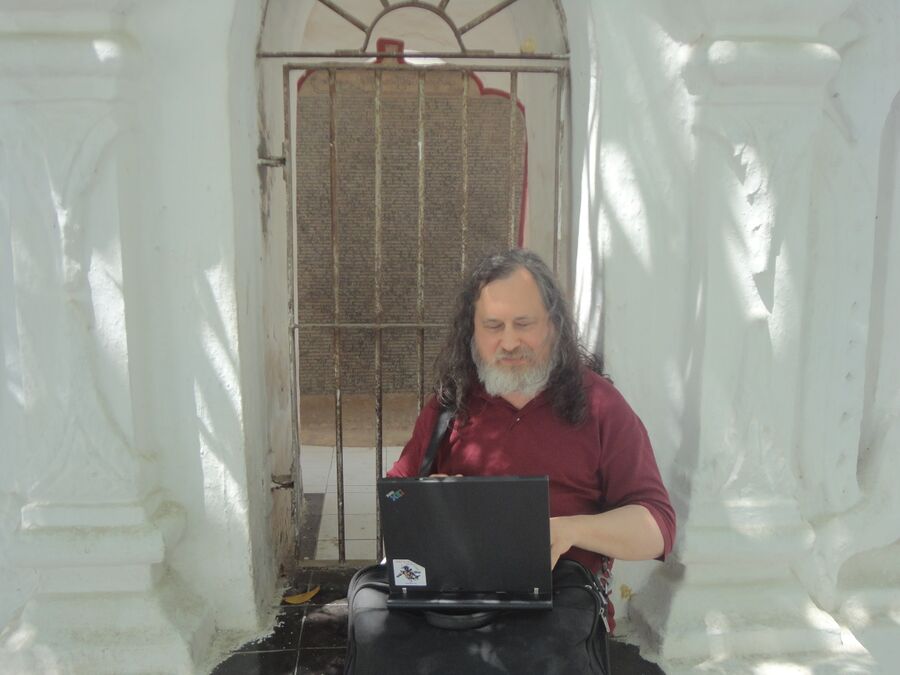 Honorary doctor Richard Stallman set out to create a truly free computer operating system on September 28th, 1983. He begun writing all the necessary components, including core components like the GNU Compiler Collection (gcc), and made them freely available under a new kind of license he invented, called the "GNU General Public License". Linus Torvalds came along with his Linux kernel much later. The combination of Torvalds' Linux kernel and the already-existing The GNU Operating System, which lacked a kernel of its own, is what become what we today think of as "Linux distributions" such as Debian, Ubuntu, Fedora and Linux Mint.

Stallman founded the Free Software Foundation on October 4th, 1985. Stallman was pressured into resigning from his position as president of the FSF in September 2019 following some silly 白左 overblown drama over some comments Stallman wrote on a MIT mailing-list and some low grade "journalism".

Stallman recently announced that he is back on the FSF board as a regular board member, not president, in a live video stream at the virtual LibrePlanet 2021 conference. Big tech didn't like that and they are currently trying very hard to make the FSF board reverse that decision.

"An open letter in support of Richard M. Stallman", which can be read in full at rms-support-letter.github.io, urges the Free Software Foundation to keep honorary doctor Richard Stallman on its board. The letter has been signed by over two thousand people thus far, and support is growing. You can sign the letter by adding a comment to rms-support-letter at codeberg.org.

We were the first site to post Richard Stallmans stream from LibrePlanet 2021. Not that many viewed it here, but a whole lot of people - 18 Terrabytes worth in data - viewed it on websites run by very impolite people who hot-linked it instead of re-uploading it to their own sites. 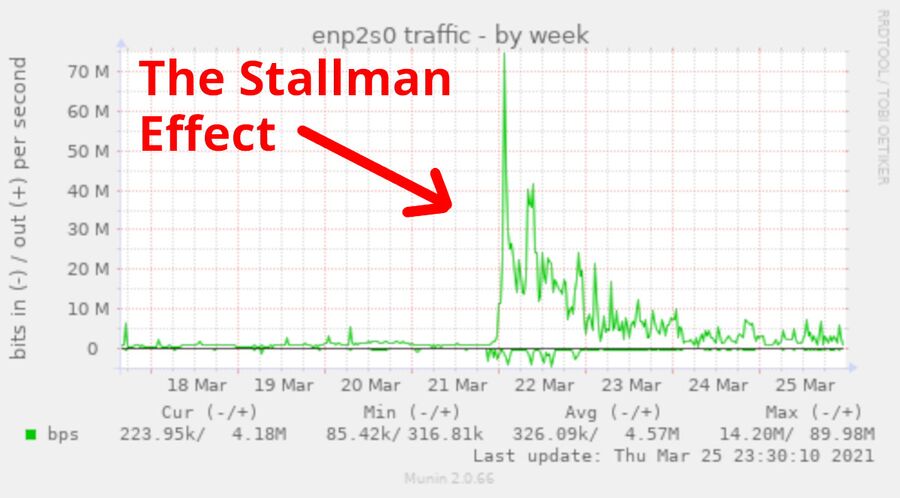 Everyone wanted to see what Richard Stallman had to say when he spoke at LibrePlanet 2021.

"RMS is my hero, and I was sad when the media attacked him. Nobody's perfect, and he said the wrong thing at the wrong time. He's a champion of women's rights. The media onslaught against him was a total hatchet job; they just wanted to hurt the FSF."

Richard Stallman is, clearly, very popular among the common folk. People want to hear what he has to say - and the large technology corporations are fully aware that he influences people with thoughts and ideas that go against everything they would have people believe. Big tech thought they had managed to remove Richard Stallman from the public sphere for good. They were wrong.

Stallmans return to the Free Software Foundations board was very upsetting to the powerful corporate interests who had thought that they had gotten rid of him. They wrote an open letter where they essentially demand his head on a plate. Several spineless corporate-funded organizations, such as the KDE e.V., Mozilla and the GNOME Foundation, have signed on to it in order to keep their corporate funding flowing. Almost all the organizations who signed that letter are directly funded by either Google, IBM, Microsoft or Salesforce. Some of those who signed that letter have no idea why they signed it; they were simply bulled into doing so by mentally ill 白左 activists.

"Richard M. Stallman, frequently known as RMS, has been the inspiring force in the free software community for a long time. He has shown himself to be unhinged, open-minded, politically incorrect, willing to stand outside of the Overton window of ideas, and passionate defending his beliefs, among other serious accusations of spending too much time responding to anyone’s emails. These sorts of beliefs have no place in the free software, digital rights, and tech communities. With his recent reinstatement to the Board of Directors of the Free Software Foundation, we call for the entire Board of the FSF to step down and for RMS to be removed from all leadership positions.

We, the undersigned, believe in the necessity of digital autonomy and the powerful role user freedom plays in protecting our fundamental corporate rights. In order to realize the promise of everything software freedom makes possible, there must be radical change within the community: Chop off the de-facto sole head of the movement. We believe in a present and a future where all technology empowers — not oppresses — corporations to do as they desire with the rights of people."

From "Stallman must be removed" by Orwell's Ambassadors
published on March 24th, 2021 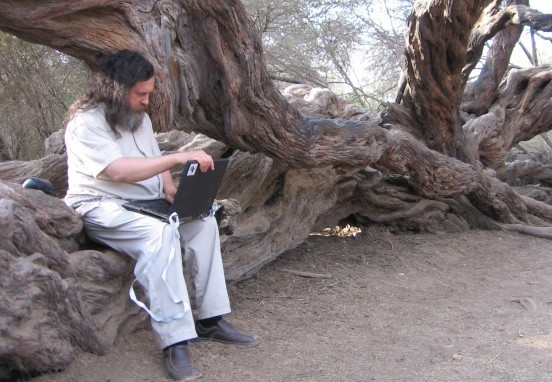 2872 people have now signed the support-letter. It is now far ahead of the hate-letter in terms of number of people who have signed. That's interesting given the massive corporate support for the hate letter and the bought-off "tech press" support for it.
Permalink
Latest News Headlines See the more archive for news stories
Retrieved from "https://linuxreviews.org/w/index.php?title=%22An_Open_letter_in_support_of_Richard_M._Stallman%22_Reaches_2000_Signatories&oldid=19742"
Categories: