The somewhat popular Australian hardware review channel Hardware Unboxed, with 730k subscribers, has been shadow-banned from the Google-owned video hosting platform YouTube. This illustrates the importance of diversifying by creating your own video hosting platform using free open source software if you are completely reliant on one or two big-tech platforms. 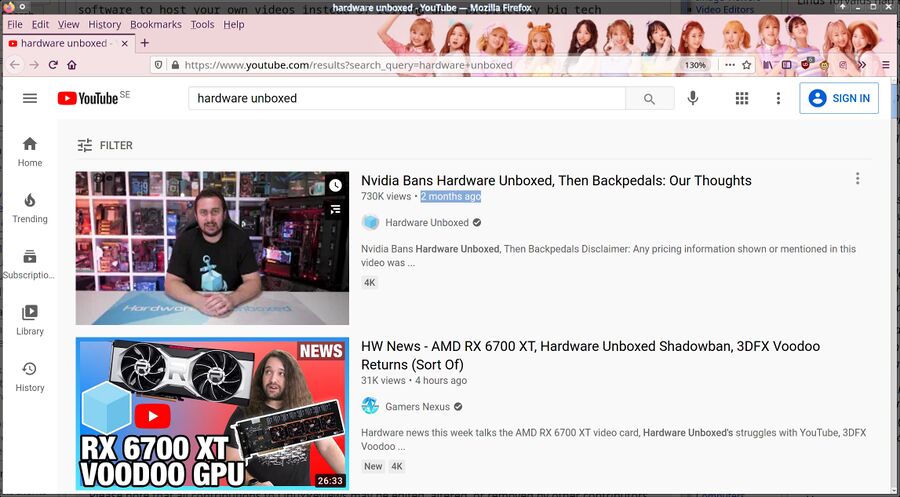 Searching for the "Hardware Unboxed" YouTube-channel on YouTube produces some results, but they are all older than two months. None of their newer videos appear in the search results.

YouTube has a long history of shadow-banning, and outright de-platforming, anyone who mentions any inconvenient truth or has that today rare quality called "critical thinking skills". The rampant YouTube-censorship has so far not affected any bigger mainstream technology-related YouTube channels. That seems to have changed with the current shadow-banning of the Australian hardware review channel Hardware Unboxed.

YouTube has shadow-banned Hardware Unboxed in a way that prevents any of their newer videos from appearing in search results, trending pages, the front page and other important places on YouTube. A search for the channel name does produce some results for that channel, they are not completely silenced or outright kicked off YouTube like so many politically active figures and channels have been. It is just not possible to find or see anything they have produced the last two months without going directly to their YouTube-channel. 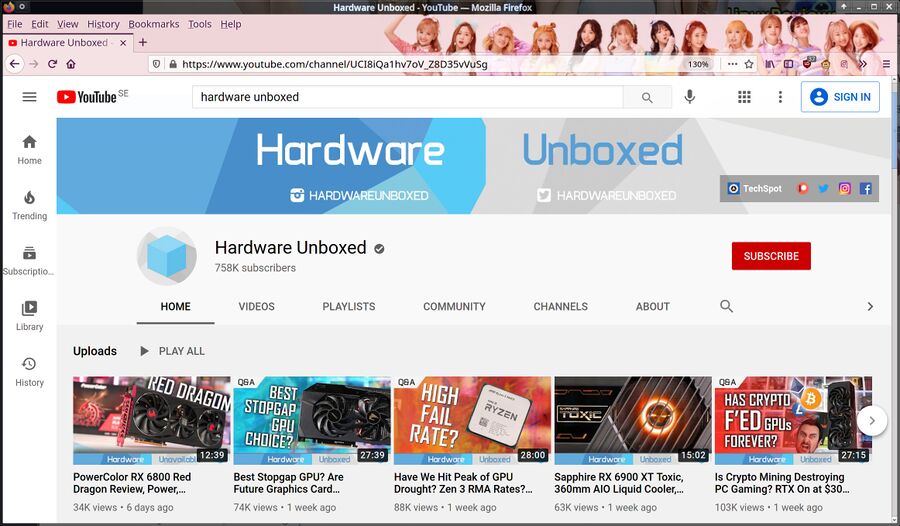 It is still possible to find and view AMD Unboxed videos on YouTube, they do show up if you manually navigate to their YouTube page and look around. Their videos are hidden from view everywhere else.

Those who have a YouTube-account and have subscribed to Hardware Unboxed are not getting notifications when new videos are uploaded even if they have explicitly selected that they want "All" notifications from that channel.

YouTube never told Hardware Unboxed that their channel is shadow-banned or why. YouTube did warn them that their channel had been flagged for some kind of "suspicious activity" the same day the shadow-ban took effect, so there is likely some relation between that vague warning and the shadow-ban. Nobody from Hardware Unboxed can tell you what, concretely, that means or what, if anything, they have done on their end that would qualify as "suspicious activity".

The shadow-ban is hurting the channel badly both in terms of viewership and financial revenue.

Perhaps Hardware Unboxed, and others who have put them in a position where they are entirely reliant upon the goodwill of Google/YouTube, will consider the wisdom of diversifying after this somewhat harsh lesson. Setting up a website of your own is a good start. Twitter, Facebook, YouTube, Patreon and even PayPal have a long history of shadow-banning and outright banning people for little or no reason and some have found themselves banned from all of them on the same day. Being banned is still a risk even if you have your own website, your own video platform made using PeerTube or similar software and a presence on numerous alternative video hosting platforms, but it is far less of an issue if or when it happens if you have dozens of legs to stand on. Getting those legs to stand on is relatively cheap since free software is free. Time and hardware is, of course, not, but is is probably worth the investment if you have some income from in-video advertisements, a store with T-shirts and other items or another alternative revenue-stream.