Thunar 1.8.13 Is Released With Unfortunate Bug That Makes It Useless As A File Manager

The latest release of the Thunar file manager for the Xfce desktop environment has several bug fixes, including crash fixes, and a new bug which breaks drag and drop of multiple files. Select 4 or 10 files in Thunar 1.8.13 and drag them and only one of the files is dragged along thanks to a very unfortunate commit for opening multiple files in a single application. It is very unfortunate that the commit which added that feature made Thunar utterly useless as a file manager and it is quite embarrassing that the Xfce team released Thunar with such a usability-breaking bug.

The official release note story neglects to mention that the "Allow to open multiple files at once" commit breaks drag and drop of multiple files. That total scandal makes Thunar utterly useless for file management. Using Dolphin, Nemo, Caja, GNU Midnight Commander and everything and anything else, even GNOME's joke of a file manager "Files", is preferable to trying to manage multiple files with Thunar 1.8.13 due to that gigantic blunder.

"It can be seen as a bug when you select multiple files and open them, and only the last one is opened. That's why I pushed it as well to 4.14 ... wonder why I did not notice that flaw since now, I am working with that fix since a month now. I should do some more DnD from time to time."

"I didn't do any dragging of multiple file either"

"Sorry for my bad patch everyone. I clearly didn't test it enough."

The source code for Thunar 1.8.13 can be acquired from archive.xfce.org/src/xfce/thunar/1.8/. You should absolutely NOT download and compile it, you should avoid it at all cost. Use 1.8.12 or the version included in your distribution, which is probably fine, instead of upgrading until a 1.8.13.1 or a 1.8.14 release which fixes the drag and drop issue becomes available.

It is a real bug. I messaged the Thunar developers about five minutes before I wrote this article, they already know which commit to look at and they will likely have a working solution within a day or two.

I am using Noto Sans Regular 11 as the default font and DejaVu Sans Mono Regular 11 as Monospace font at a 162 DPI setting with RGB sub-pixel rendering and full hinting. 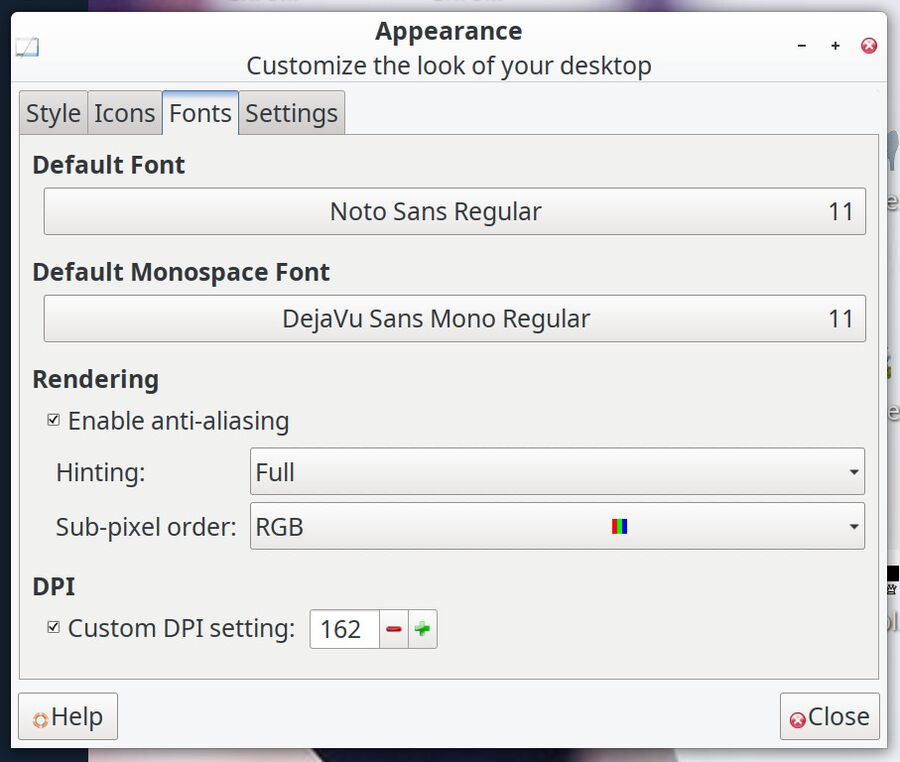