KDE got a lot of students as part of Google's Summer of Code this year and they are hard at work and making good progress on a wide range of projects. The digital painting program Krita is being ported to Android, digiKam is getting face recognition, KDE connect is getting Windows and Android versions and the video editor Kdenlive is getting a new title tool.

The Graphics department got the Most Students 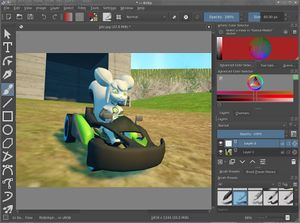 The digital painting program Krita got four students. Of those students Sharaf Zaman stands out as having taken on the biggest task: Porting Krita to Android. Krita's no small project so that's quite a huge undertaking.

Kuntal M is working on the magnetic lasso.

Tusooa Windy is improving it's undo/redo functionality. Tusooa Windy is a skilled artists who has been using Krita for all painting needs since version 4.0.

Nikita Sirgienko is adding support for importing and exporting Jupyter notebooks in Cantor. Cantor a educational program which provides a worksheet interface for mathematical applications. There's details at edu.kde.org/cantor. You can follow Nikita's progress here. 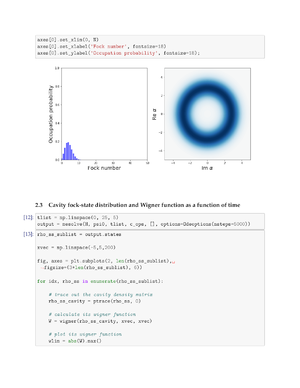 Akshay Kumar is bringing GCompris, a both funny educational and generally under-rated game suite for children 2-10, closer to a big 1.0 release. GCompris is available for Linux, Android, Windows, macOS and iOS. You can follow Kumar's progress here.

Karina Pereira Passos is improving KDEs mathematical library Analitza as well as the math function plotting program Khipu. Her YouTube channel has a playlist with educational math videos in some strange foreign language.

A much needed-improvement to KDEs video editor

"It's been going smooth."

It has, in fact, gone so smooth it's almost done.

Akhil K Gangadharan on his progress two weeks into GSOC

Improvements to other applications

Prasenjit Kumar Shaw is adding data synchronization to Falkon. There's no word on fixing bug 391438 and the many other basic problems with Falkon which makes it unusable as an alternative to Firefox or Chromium/Chrome.

The Purpose development framework is getting a barcode scanning plugin thanks to Atul Bisht.

Filip Fila is trying to tie the SDDM login-manager closer to the KDE Plasma desktop. That's great, but he can try to take lightdm from our cold dead hands. Many do use SDDM and integration between it and KDE Plasma is great news for those who like it. Filip Fila is "excited" about this project.

Rituka Patwal is adding Nextcloud integration to Plasma Mobile and the code needed to add nextclound accounts via webview is already in place.

Son Geon is making a light-weight WYSIWIG markdown viewer kpart. He had this to say about the challenges to fulfilling this goal:

"I think writing the whole thing will be the biggest challenge."

Son Geon had a "good start" and making good progress on his project.

"Progress is largely good, everything on the proposal that I should've done by now is either in code review or has been merged.

The only annoying thorn is 32-bit support. I hoped it'd be fully done by the start of this week, but there's an issue with a test running idefinitely *sometimes*. Apart from that I just need to fix one test (one line change) and write another test.

It is not hard just, need to waste some time on it, so I've backlogged it to work on the other stuff on the proposal."

Alexander Saoutkin in an interview with us on June 16th, 2019

Farid Boudedja is making a KDE ISO image writer which is essential for promoting KDEs own distribution Neon. Computer novices can't be expected to dd if=distributionimage.iso of=/dev/sdf bs=1024 and that is specially true if they are Wintoddlers looking to try KDE for their first time. A new user-interface is already designed.

That's a lot of students making a whole lot of exciting improvements. We hope the rest of the summer brings as much progress as there's been so far.