Amarok was a feature-rich database-oriented music player made using the aging KDE 4 application framework. It was never ported to the modern libraries. It is possible to start it on modern distributions as long as compatibility libraries are present but the results are not great. Running the latest 2.9.0 version, released March 2018, is totally hopeless on modern Linux distributions. 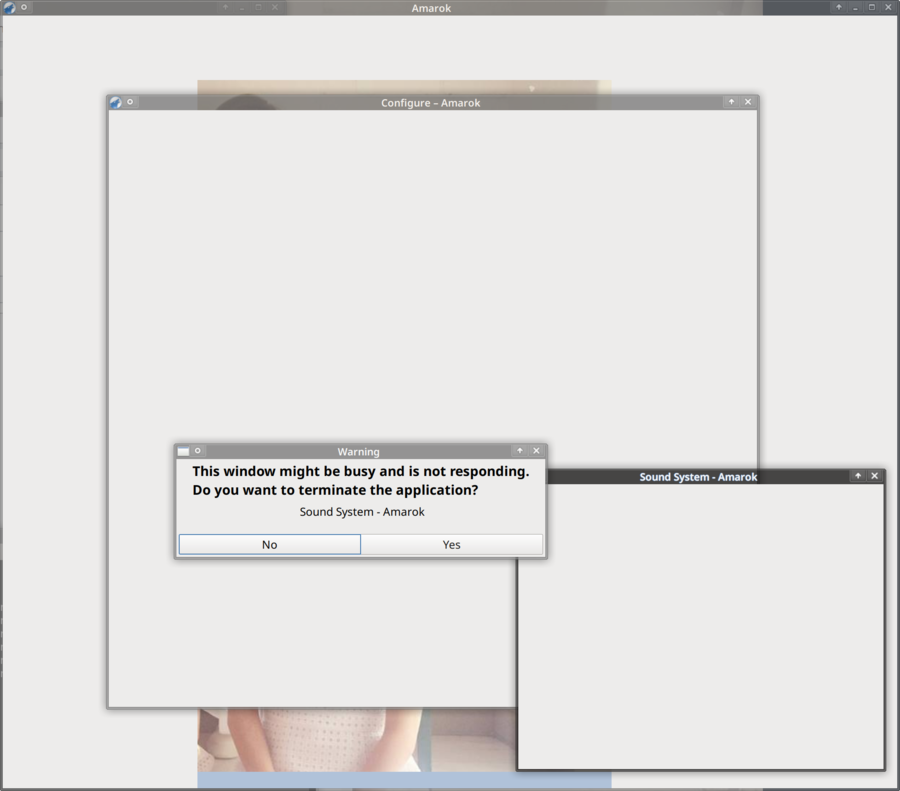 We did attempt to do any investigation or debugging or anything like that in order to find out exactly why Amarok's plain broken. An educated guess would be that it is a result of Amarok using the obsolete KDE 4 application framework which, in theory, should work on a modern system with KDE 5 libraries and KDE 4 compatibility libraries.

Regardless of why and what happened the end-result is the same: Amarok is a broken useless piece of software and a complete waste of time.

The Amarok website at https://amarok.kde.org/ does not state that it's abandoned or discontinued. It also doesn't say anything about any effort to port it to KDE 5. It is much likely fair to consider this player to be dead until or unless someone picks it up and decides to port it to modern KDE libraries.