The latest version of the Wine Is Not an Emulator compatibility layer for running Windows software on GNU/Linux and other non-Windows systems has game-specific fixes for Battle.net, Call of Duty, Call to power II, The Witcher 2, Metal Gear Solid V, Mass Effect: Andromeda, Warframe and several applications. 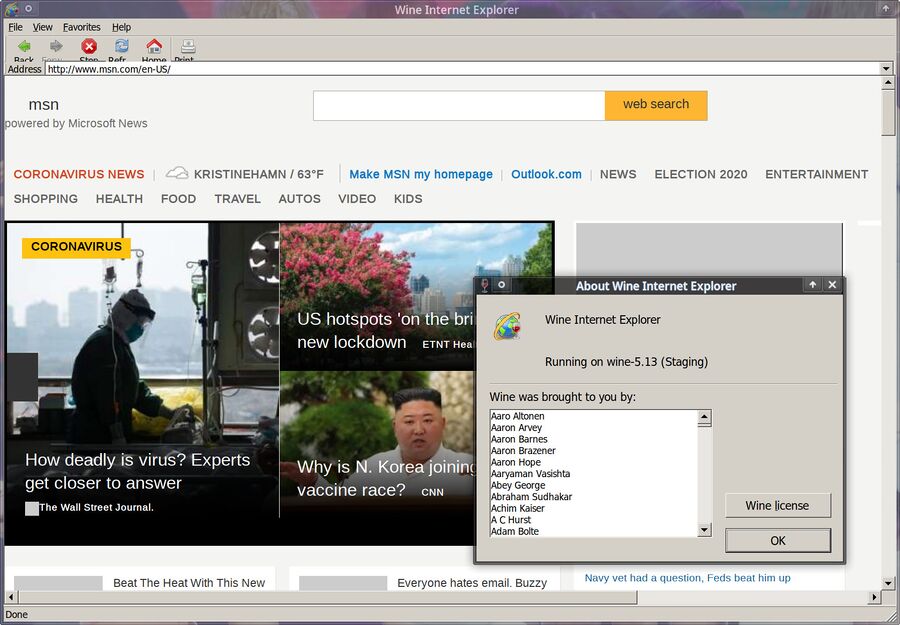 The Wine version of Internet Explorer, now replaced with Edge in the Windows operating system, can render web pages such as msn.com. It just won't render them in way that even remotely resembles what they look in other web browsers.

The Wine developers have re-mapped the INI files used for the wine registry (you can edit it with wine regedit.exe), changed NTDLL related system calls and re-implemented floating point numbers printing since the Wine 5.12 was released.

The Wine developers have also fixes a long list of game and application specific bugs and problems since the last release:

The new Wine 3D Vulkan back-end for DirectX 9 to 11, mainly developed by Henri Verbeet, has not seen much development in this particular release. That does not mean development has stalled, quite a few improvements to the wined3d translation layer will be landing in Wine 5.14.

Wine 5.13 is a development release not really meant for end-users. You will probably want to use it anyway if you run Windows software on GNU/Linux regularly, the changes since Wine 5.0 was released are adding up. Wine 6.0 is shaping up to be a great release when it is released early next year.

The Wine homepage is at www.winehq.org and the source code for 5.13 can be acquired from ibiblio mirrors. You are probably better off waiting for Wine 5.13 packages to land in your favorite distributions repositories, it is a big compile. RPM packages are available in Fedora's "testing" repositories.