Honorary Doctor Richard Stallman announced his total plan to create a free Unix-line operating system called GNU 37 years ago today. "I am going to write a complete Unix-compatible software system called GNU (for Gnu's Not Unix), and give it away free(1) to everyone who can use it.". The result of his hard work is the family of operating systems we now call GNU/Linux, or, in most cases, just Linux. 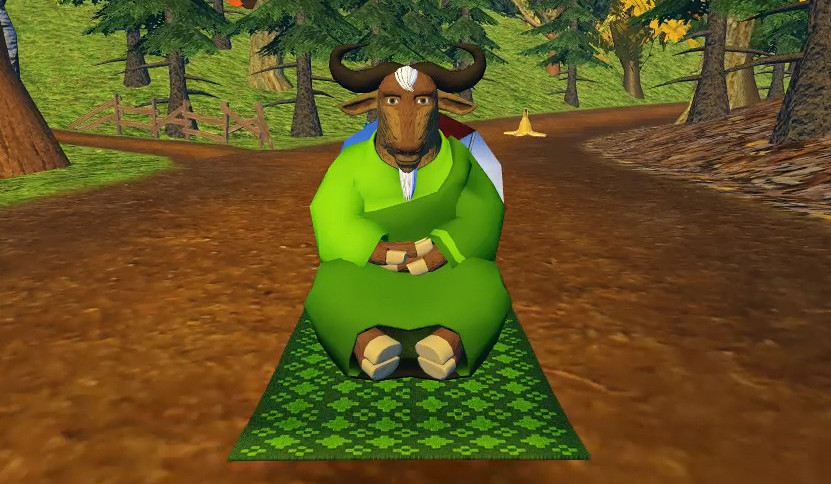 GNU as depicted in the free kart racing game SuperTuxKart.

"GNU will be a kernel plus all the utilities needed to write and run C programs: editor, shell, C compiler, linker, assembler, and a few other things. After this we will add a text formatter, a YACC, an Empire game, a spreadsheet, and hundreds of other things."

Honorary Doctor Richard Stallman did manage to write most of the components needed to create a entirely free operating system. Stallman decided to start with big projects like the GNU C Compiler (GCC) and do the system kernel once the big building blocks where in place. One key component was missing in the early 1990s: A functional kernel.

A young man from Finland shared some of the same dreams Richard Stallman did: Linus Torvalds has his own dream of having a Unix-like operating system on his home computer. He wrote the FREAX kernel, which was quickly renamed to Linux, and released version 0.01 under a free license in 1991.

"Sadly, a kernel by itself gets you nowhere. To get a working system you need a shell, compilers, a library etc. These are separate parts and may be under a stricter (or even looser) copyright. Most of the tools used with linux are GNU software and are under the GNU copyleft. These tools aren't in the distribution - ask me (or GNU) for more info."

The combination Linus Torvalds Linux kernel and the vast amount of GNU user-land tools became very popular. It did not become popular enough to bankrupt Microsoft who to this day has a majority desktop market share with their proprietary Windows operating system but it did have a lot of success in it's own right: All the operating systems we think of as "Linux distributions", such as Deepin, Linux Mint, Manjaro Linux, Gentoo Linux and Ubuntu are all combinations of the Linux kernel and the GNU user-land.

Richard Stallman had this to say about GNU's 37th anniversary: 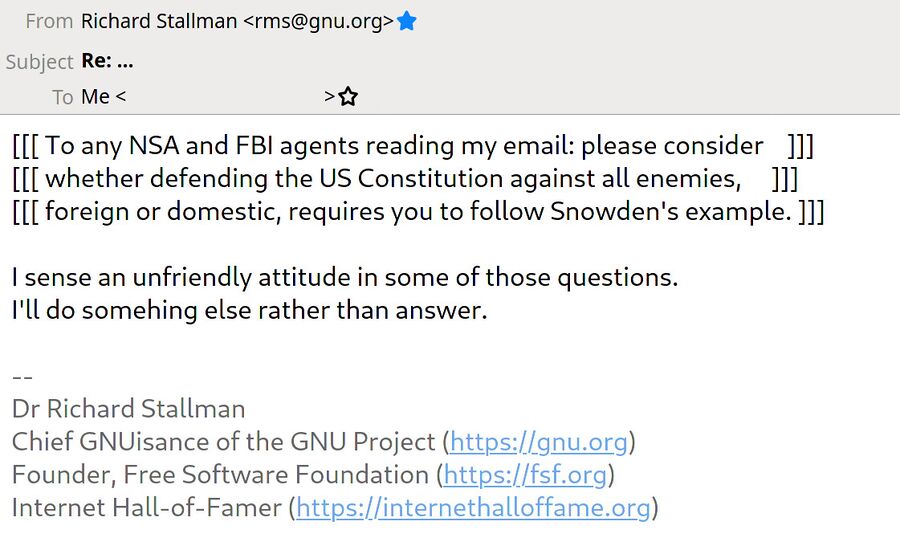 Richard Stallman in an e-mail to linuxreviews.org on September 15th, 2020}}

The GNU Project Announcement In 1983

The following is the complete announcement of the GNU operating system from 1983:

It's amazing that it's been 37 years already. Happy birthday GNU!

Could you post the questions you asked to Stallman?