Jonathan Carter Has Been Re-Elected As Debian Project Leader

The Debian developer community, who develops the popular Debian GNU+Linux operating system, has re-elected South African developer Jonathan Carter as their great leader with a 210 votes favoring him over the Indian challenger Sruthi Chandran. The Debian community has also voted against participating in any ongoing online mob bullying targeting elderly individuals. 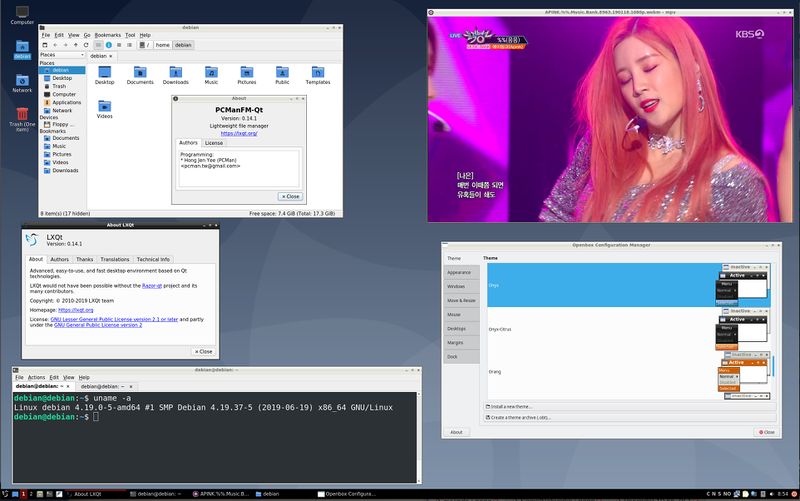 The LXQt desktop environment on the Debian Buster operating system.

Jonathan Carter has served as Debian Project Leader (DPL) since he beat Sam Hartman in the Debian DPL election last year. He got re-elected in this years vote, beating the Indian challenger Sruthi Chandran by 210 votes.

Jonathan Carter maintains a number of Debian packages, including many gaming-focused ones like Lutris, MangoHud, vkBasalt and Starfighter.

Both of this years DPL candidates published platform documents outlining their plans if they were to be re-elected. Sruthi Chandran stated that she would be working towards bringing more diversity and more "non-male" candidates into the Debian community. 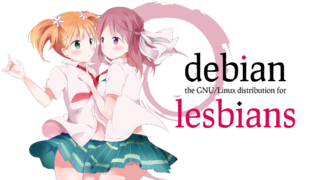 "Concerned with the skewed gender ratios within the Free Software community (and Debian) I am working towards doing whatever I can to better the situation. How many times did we have a non-male candidate for DPL? If I am not wrong, when I contested last year, I became the second non-male DPL candidate till date. Last year, my primary goal of contesting for DPL was to bring the diversity issues to the mainstream. I believe I was successful in that at-least to a small extend. This year also my primary goal is the same.

I am aware that Debian is doing things to increase diversity within Debian, but as we can see, it is not sufficient. I am not proud, but sad when I have to say I am the first and only woman Debian Developer from a large country like India. I believe diversity is not something to be discussed only within Debian-women or Debian-diversity. It should come up for discussion in each and every aspect of the project."

Why am I contesting? by Sruthi Chandran

Jonathan Carter, on the other hand, ran on a platform based improving Debian's "administrative problems".

"During my last term, I aimed to bring a sense of stability and normality to the project. Despite all the chaos that has prevailed in the world around us, and with the help of other project members,

In this term, I'd like to continue the work that I started in my previous term, with an additional focus on improving our administrative problems."

Why I'm running for DPL by Jonathan Carter

Jonathan Carter mentioned accounting, expenditure policy and formal registration of the Debian organization as areas in need of improvement. He also mentioned that the Debian developers are "on track for making a new stable release this year".

The Debian developer community has also voted on a proposal to participate in online mob bullying of an elderly individual named Richard Stallman this month. The proposal, submitted by Steve Langasek and cheered on by the GNOME Foundation's Executive Director Neil McGovern, was beaten by a challenging proposal to "not issue a public statement on this issue" by 223 votes. More than 6400 people from the overall free software community have signed a letter in support of Richard Stalllman.

I love that Sruthi Chandran is running for something she believes in, and I'm happy to see her succeeding in such a field dominated by men. Still, I echo the concerns of others in that being a female should not be one of your primary reasons to be elected.

If there are real benefits of being female, they would already show through her work. Perhaps that's the better angle to advertise (not "if I get this I can do it").

> And the simple truth is that the only way to get women who are not interested in participating in the Debian project (or get a tech education) to do so would be to force them.

I don't believe this for a second. The number of women going into the tech has largely been the same throughout modern history, it's just the number of males has increased. More females in tech could very well mean they develop software that further intrigues the interest of other females.

Nonetheless, her results should already speak for themselves if she's running to become the lead.
Permalink
Latest News Headlines See the more archive for news stories
Retrieved from "https://linuxreviews.org/w/index.php?title=Jonathan_Carter_Has_Been_Re-Elected_As_Debian_Project_Leader&oldid=21037"
Categories: