MangoHud is a heads up display for Vulkan and OpenGL games and applications. The project started as a modified version of the built-in Mesa heads up display for Vulkan. OpenGL support was added in version 0.3.0 in March 2020. MangoHud is prettier and more configurable than the built-in Mesa HUD and it has handy keyboard shortcuts for turning the HUD (F12) and logging (F2) on/off. It is specially useful for games who play Windows games using Wine and DXVK. 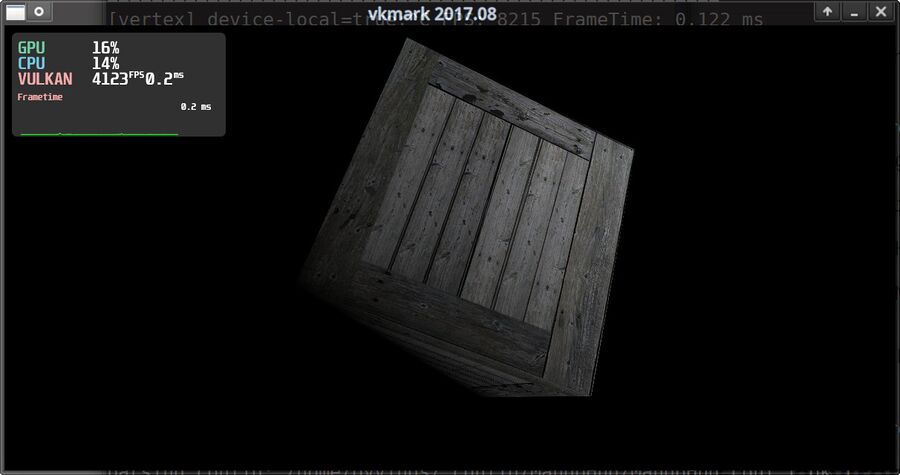 MangoHud can be enabled in Vulkan gaames and programs by launching applications with the environmental variable MANGOHUD=1:

It is possible to set MANGOHUD=1 in your shells profile but it is not a good idea.

Mangohud can, as of version 0.3.0, be enabled on OpenGL (and Vulkan) games by pre-fixing the game with mangohud. That binary will provide any OpenGL or Vulkan executable given as an argument with a heads-up display: 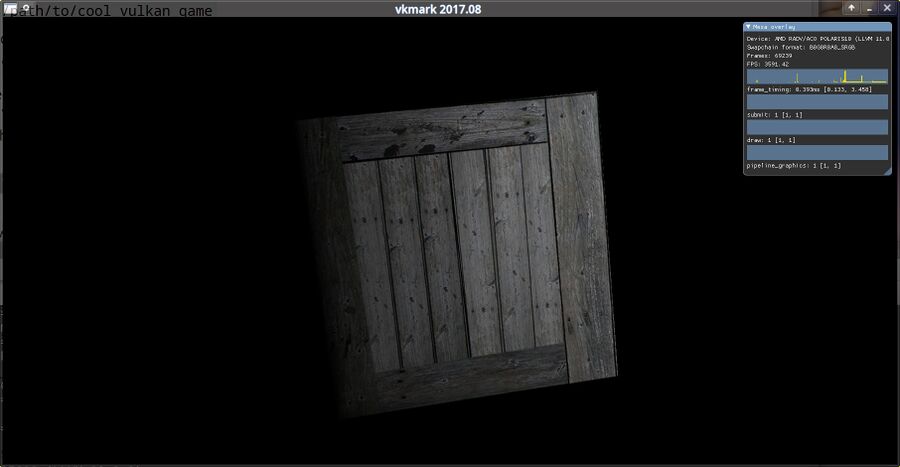 The MangoHud is arguably better-looking than the build-in Mesa Vulkan HUD and it is also prettier than the Gallium Hud for OpenGL.

A side-by-side comparison gives the distinct impression that MangoHud is made by and for games who stream their video games while the Mesa Vulkan HUD is written by and for developers.

MangoHud is very configurable. It can be configured using the configuration file in $HOME/.config/MangoHud/MangoHud.conf. A default configuration file with helpful comments can be found in /usr/share/doc/mangohud. You may want to copy the file into your home directory and make the changes you want.

MangoHud is a very nice heads up display for Vulkan and OpenGL games and applications. It is specially useful for those who play Windows games in Wine with DXVK translating the Direct3D calls to Vulkan. It is prettier than both the build-in Mesa Vulkan HUD and the built-in DXVK HUD.

The built-in F12 keyboard shortcut for toggling the MangoHUDs visibility is a nice touch which the other methods of displaying a HUD on Vulkan games and applications lack.

The ability to make logs which can be uploaded to flightlessmango.com and turned into nice detailed graphs is also a very nice touch.

Installation from source is rather easy. Just clone the repository,

then change into the directory it makes

and build it with

The build script will prompt you if there are any missing dependencies and ask if you want it to automatically install them using sudo.

You can install it system-wide by running:

The current git version will ask you for your password and use sudo to install it system-wide.

build.sh will build both i686 and x86-64 libraries. This means that it works fine with both native Vulkan applications and Windows games launched in Wine with DXVK.

The MangoHud hud does not show up in certain OpenGL games (namely SuperTuxKart git) unless you run it with MANGOHUD_DLSYM=1 as in:

Why MangoHud fails to show up in certain versions of certain games is unclear.

GOverlay is user-friendly and strait forward graphical program for configuring and toggling MangoHud.

GOverlay is totally worth a look if you use or plan on using MangoHud.

The source for MangoHud is available at github.com/flightlessmango/MangoHud.

The website flightlessmango.com has very nice charts which are generated using user-uploaded logs made by MangoHud.