Developer Jordi Mas has proudly released a new version of the educational brain teaser game Gbrainy. Gbrainy has logic puzzles, calculation trainers, memory trainers and "verbal analogies" for those who, like the games name implies, want to train their brain. The latest version has updated and fixed translations and that's it. 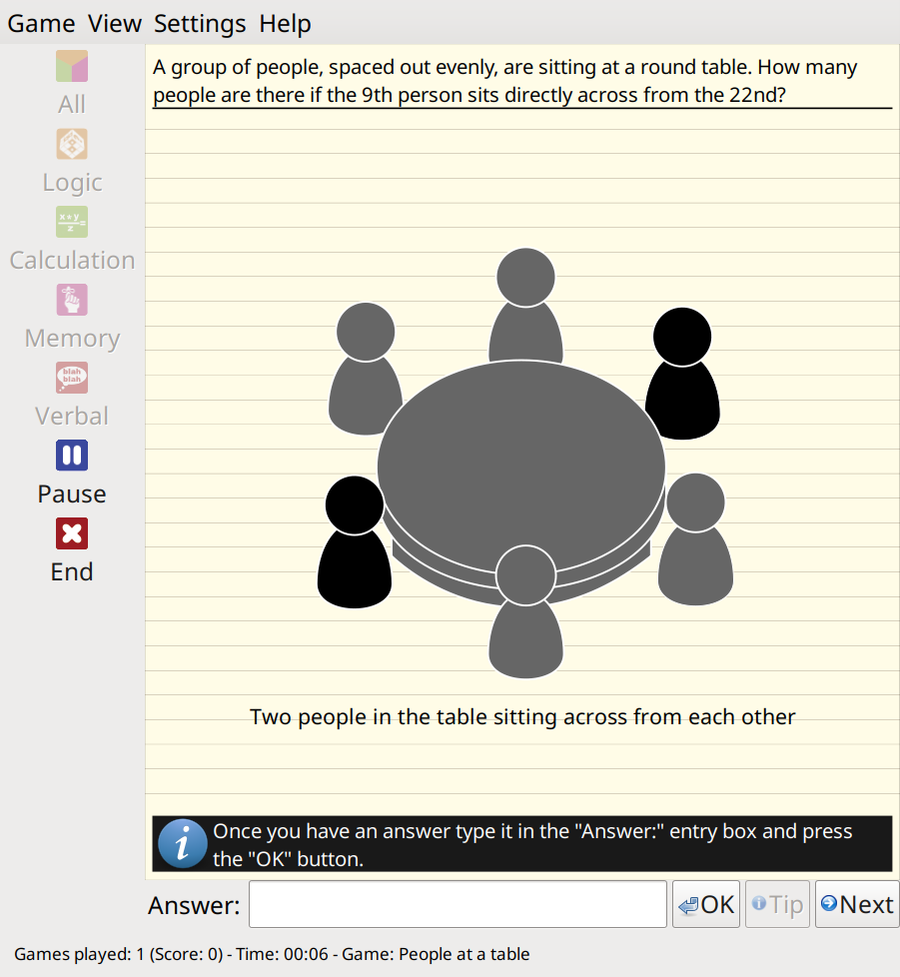 The complete list of changes since the previous 2.4.1 version was released is rather short:

That's it, that is all there is to this new version.

gbrainy may be worth a try if you have time to play games and you want to play something which is more mentally challenging than solitaire games.

The source for gbrainy 2.4.2 can be acquired from gent.softcatala.org/jmas/gbrainy/. It is a small compile but you might as well install the previous version from your distributions repositories and get the updated version when your distribution makes it available, there is no reason to compile the latest version if you just want to try it. There is, after all, nothing new beyond some updated and fixed translation in version 2.4.2.