The Secret Chronicles of Dr. M. came about as a fork of the Super Mario clone Secret Maryo Chronicles in 2014. It has original levels, graphics and its own unique concept. The latest version has a great new title theme, scripting extension packs and updated documentation. It is available for Windows and GNU/Linux.

The Secret Chronicles of Dr. M. is a typical jump and run sidescroller.

The game has been changed in several key areas since TSC 2.0.0 was released in 2015. A lot of the graphics from the Secret Maryo Chronicles game TSC was forked from has been replaced with new and original graphical elements. There are several new background music tracks, new enemies like "Larry and Doom Larry" and a new scripting console (available by pressing F7).

"The new Larry and Doom Larry are explosive enemies. If Alex jumps on them, they fuse and finally explode after a few seconds. Doom Larry kills Alex instantly, Larry only deals normal damage. The new "sauer2_15" level features some Larries; you can load it via the "Level" tab in the "Start" menu."

The games levels are mostly unchanged since TSC 2.0.0 was released.

"Please make levels and submit them for inclusion into TSC 2.1.0 here on the forum. As of now, the levelsets of TSC 2.1.0 and 2.0.0 are nearly identical. The TSC team depends on the submission of levels by users as the work on the C++ code does not leave much time for the creation of new levels."

TSC has a built-in level editor for those who want to contribute and/or make their own levels. The level editors user interface has been greatly improved compared to 2.0.0. 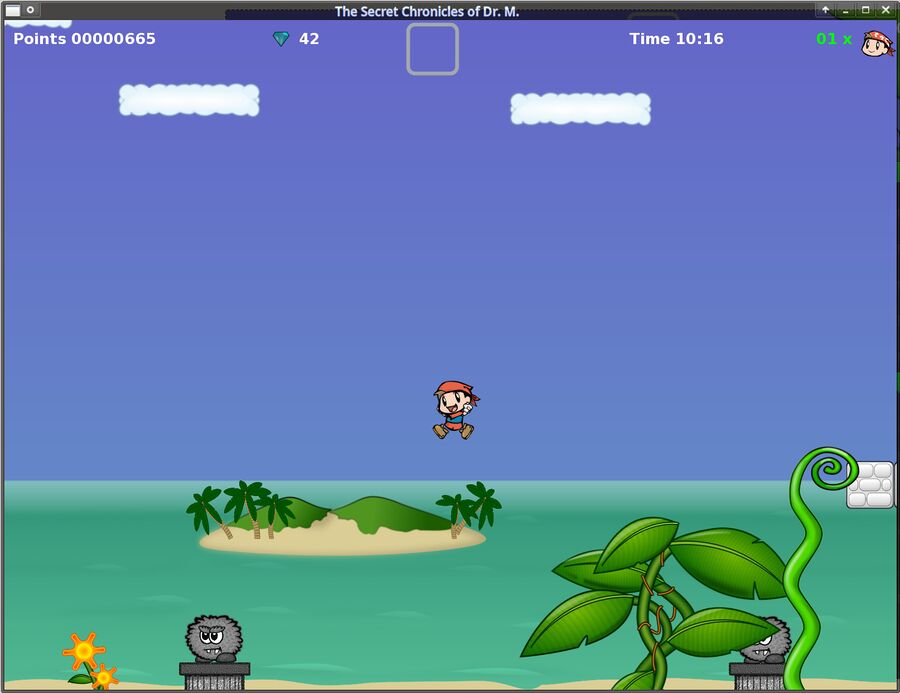 The source code for TSC 2.1.0 beta 2 can be acquired from both the games github release page and ftp.secretchronicles.org/releases. The source tarball, which includes all the graphics, music and other requirements, is 240 MiB. Compiling the game is easy and strait forward if you are a wizard who knows how to use cmake. Quite a few dependencies are required to build it. The bundled INSTALL.md file lists them and installation instructions for Debian/Ubuntu and Fedora.

The German lead developer Marvin Gülker, who is "pleased" to announce the 2.1.0 beta 2 release, notes that the final version of The Secret Chronicles of Dr. M. 2.1.0 will be released "early in 2020".