The GNU/Linux marketshare among gamers using the Steam has flat-lined at 0.83% with a measly 0.03% growth in September and 0.00% growth in October 2019. Overall GNU/Linux gaming marketshare was likely down for the month as popular newly released games like Red Dead Redemption 2 are not available in the Steam store and they are also not available for GNU/Linux operating systems. 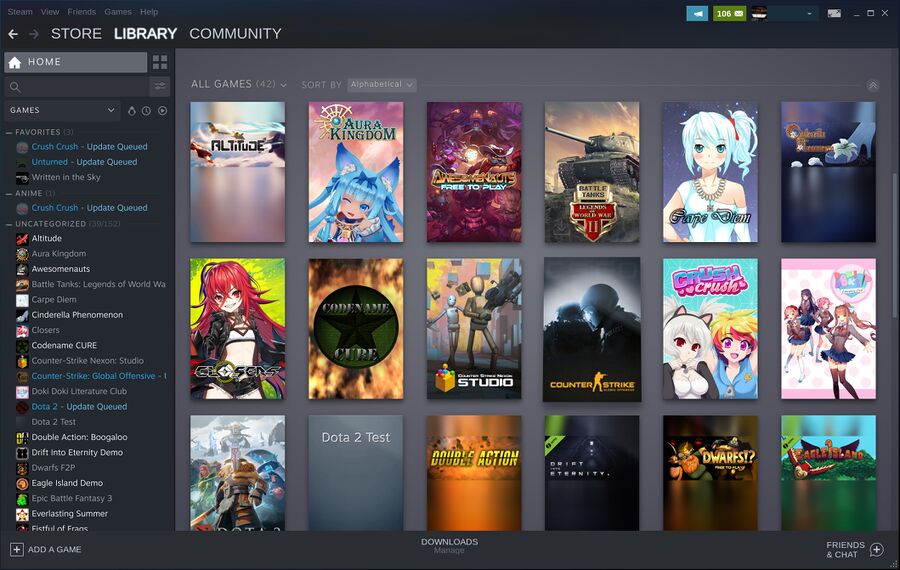 The current version of the Steam games store running on Fedora 31. Notice the fancy new re-designed "Library" page; it was recently re-designed.

It could be that the Steam market share is so low because free software loving GNU/Linux users are playing games outside of Steam's proprietary games store. Free open source games like SuperTux and SuperTuxKart in the GNU/Linux distributions own app-stores could be eating marketshare away from Valve's Steam store but there's not exactly a huge variety of such games so it's unlikely it's a significant amount. There are a lot of Windows users who play games without Steam too so competing methods of acquiring games does not explain why the GNU/Linux market share on Steam is so low.

The most likely explanation for GNU/Linux's <1% gaming marketshare is that very few people use free operating systems like GNU/Linux and the few who do are not playing games. There has been minor swings in the GNU/Linux OS share on Steam; the September numbers showed a 0.03% increase while some months have seen a decrease. These swings are less interesting as long as the total share is less than a percentage. The entire GNU/Linux user-base on Steam is essentially what a rounding error in the Windows 10 marketshare would look like.

If you are wondering how to participate in the Steam hardware survey: You can't. They randomly choose people who are using Steam's software. The results of the previous months survey will be available at store.steampowered.com/hwsurvey/ the following month.

Yes it does count people playing Steam through Wine. The data comes from Steam's hardware survey, in which you select your operating system.
Permalink
You are ignoring the author of this comment
Show comment | Manage ignore list

Yes it does count people playing Steam through Wine. The data comes from Steam's hardware survey, in which you select your operating system.
Permalink