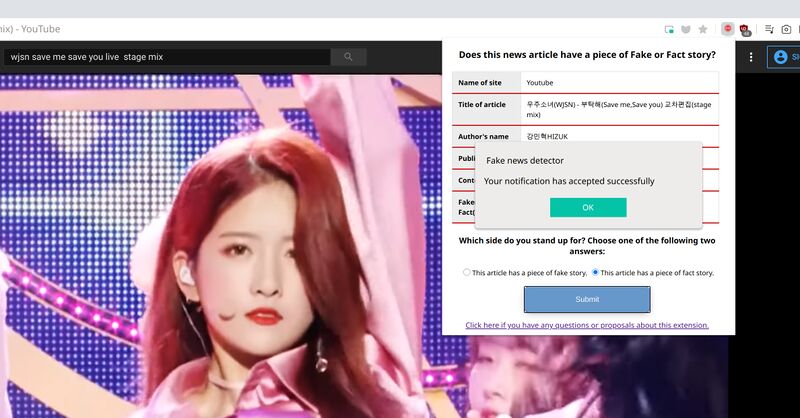 The "Fake News Detector" web browser extension, on Linux in the NAVER whale web browser, when casting a vote on a important news story with factual information.

The South Korean-made Fake News Detector web browser extensions allows users of that extension to vote on what is and isn't fake news and see what opinions other users of that extension have given. It is a welcome alternative to the big foundation-funded "fact checking" websites that will tell you pigs can fly if their owners want that to be a part of public perception.

Fake News Detector developer Suh Kwangho (서광호) from the SoundsGreat Research and Development department has revealed to us that a Mozilla Firefox version of the Fake News Detector extension will become available after the Korean Chuseok (추석) harvest festival holiday. This years Chuseok holiday falls on September 30th to October 2nd. It is a time for great joy. The 2020 Idol Star Athletics Championship will take place during this holiday - without a live audience despite many concerns that it will allow boy idols to mingle with girl idols without fan supervision.

Suh Kwangho (서광호) was very forth-coming when we reached out to him with a series of questions regarding the Fake News Detector.

Q: Do you plan on making versions available in the Chrome web store and the Firefox extension store in the near future?

Q: Why did you create the Fake News Detector browser extension?

Q: What are the advantages Fake news detector has over trusted Bill and Melinda Gates foundation and Soros Foundation funded "Fack Checking" services on the web?

Q: Which web browser do you prefer? 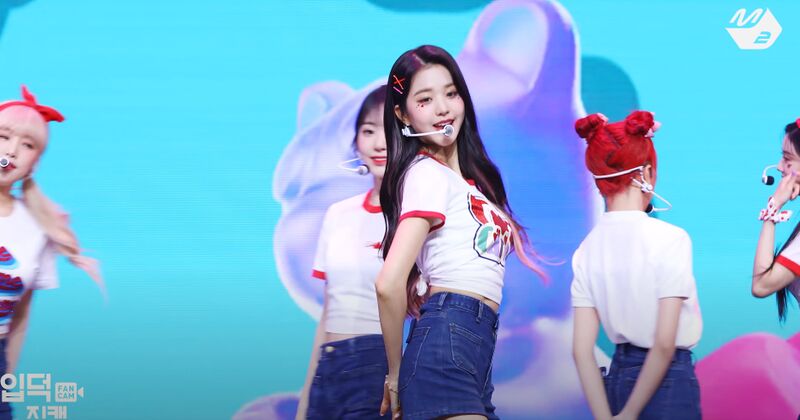 Fact, not fiction: IZ*ONE member Jang Wonyoung is so pretty.

Q: The web page soundsgreat.kr/home/ appears to have examples of user recommendations for what is fact and fiction. It currently says "입덕직캠 아이즈원 장원영 직캠 4K 'Pretty’ (IZ*ONE Jang Wonyoung FanCam) | @MCOUNTDOWN_2020.6.18 is fact. This seems to be true, Jang Wonyoung is, in fact, very pretty. Do users of the "Fake news detector" extension typically label important news like Jang Wonyoung FanCam correctly or do users if this extension sometimes mislabel it?

Q: Do you personally use free software operating systems like HamoniKR or do you prefer proprietary software like Windows and macOS?

Q: Why is "Fake news detector" limited to a list of hard-coded sites? Would it not be possible to make it possible to vote on any URL? I do not know how you manage the votes but it would surely be possible to just hash URLs and store URL hash + vote in a database and create those as needed?

Q: What are the criteria for getting on the list of sites people can vote on? I am sure many western websites would enjoy seeing how readers respond to stories with their votes (I wouldn't mine having it work on my website).

You can learn more about the Fake News Detector at SoundsGreat's website soundsgreat.kr. It is currently available in the NAVER whale extention store and Microsoft Edge extension store. The Firefox extension is not yet available, but as as developer Suh Kwangho (서광호) said: It will become available after the Chuseok (추석) harvest festival holiday.