Microsoft Edge Is Coming To Linux In October 2020

..but it will, initially, only be available to members of some secret club called the "Microsoft Edge Insider community". Microsoft did not reveal when it will become available to the general public, only that "insiders" will be able to choose between a "Beta", "Dev" and a "Canary" channel. 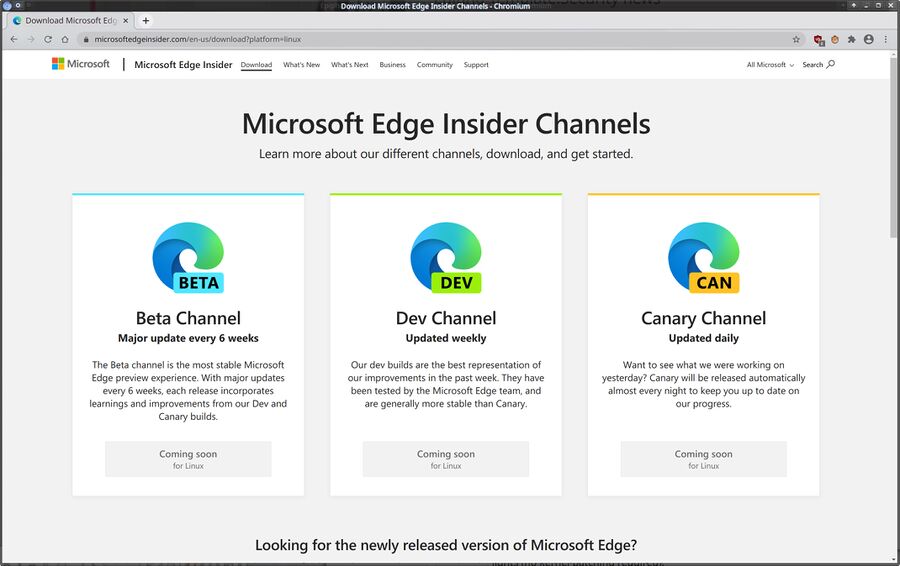 American software giant Microsoft promised to make Edge available for Linux in November 2019. We complained that Microsoft appeared to have forgotten about that promise a month ago. It seems we were wrong. Microsoft very briefly mentioned that Microsoft Edge for Linux will, in fact, become a reality in a long blog post about mostly other topics posted on their blogs.windows.com site yesterday.

Microsoft marketing blog story regarding the availability of Microsoft Edge for Linux is:

Microsoft has set up download links with "Coming soon for Linux" at microsoftedgeinsider.com/en-us/download?platform=linux. There is nothing to download on that page right now, but there will apparently be something Linux users can download, install and use on that page "starting in October". Linux users who want to use a proprietary web browser for some reason can always get the superior South Korean NAVER whale browser while we wait and see if Microsoft actually delivers something usable. NAVER whale is, like Microsoft Edge, based on the Chromium web browser code.