The latest version of the thin and slim busybox-based Linux distribution Alpine Linux adds initial support for the GNOME and KDE Plasma Desktop environments, Rust and Vulkan. There are updated packages across the board, new features and a lot of bug and security fixes. 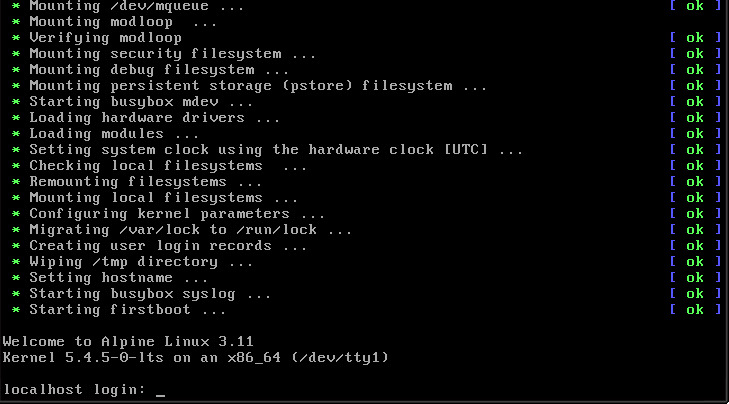 Alpine Linux is a light-weight distribution which uses musl libc and busybox to minimize its disk and memory footprint. It uses OpenRC instead of systemd and the packages used for other basic functionality are mostly much smaller than they are on typical desktop distributions.

The Alpine Linux 3.11 release announcement lists "Initial GNOME and KDE support" as one of the major highlights.

The move to support GNOME and KDE in Alpine Linux 3.11 is a bit strange. Alpine is a slim distribution for thin servers on light-weight hardware. The GNOME and KDE desktop environments are not required or desired if you are using Alpine Linux as a basis for a container or a server running on embedded hardware or simple off the shelf hardware like a Raspberry Pi. It has been possible to setup the XFCE desktop environment on Alpine Linux for some time so there's probably some who are using it to run a graphical desktop environment. Initial support for GNOME and KDE means that packages for those desktops are there for those who want to use them - but don't expect a smooth experience. The same can be said about its current Xfce support; you can get it working if you know what you are doing but your sorry old Amah would not be able to install and configure it on her own.

Alpine Linux 3.11 comes with Linux Kernel 5.4.5. All the other important base system packages have been updated. It has:

It's Over For Python 2

Python 2 was released in 2000. It was replaced by Python 3 in 2008. It's been a while since 2008. Python 2 is deprecated, outdated and a potential security problem. Nearly all the packages using Python 2 have been eradicated in Alpine 3.11. The remaining Python 2 will be removed in the next release.

Rust developers will be happy to learn that Rust is now supported on all platforms except s390x (IBM Z mainframes). IBM mainframe users who would like to upgrade their ancient COBOL software to Rust will have to replace their decades-old hardware. There's also new MinGW-w64 support for those who, for reasons we can't fathom, want to do compile and build Windows binaries on a tiny embedded system.

alpinelinux.org/downloads/ has Standard, Extended, Netbook, Mini Root Filesystem, Virtual, Xen, Raspberry Pi and Generic ARM images available. All of them are available for all the platforms it makes sense to support (There are, of course, only aarch64 and armv7 "Generic ARM" images).

The Alpine Linux's wiki page on "Tutorials and Howtos" is where it's at if you want to learn how to use it or adapt it to a use-case where a thin, slim and light-weight Linux distribution fits the bill.