AMD has launched a new A520 motherboard chipset that replaces the now rather old A320 ultra-budget chipset. A520 motherboards have PCIe 3.0 going to all the PCIe slots. PCIe 4.0 is not supported. The vast majority of the announced A520 boards have 4 SATA ports, Realtek ALC887 audio and 1 Gigabit Realtek network connectivity. Third and fourth generation Ryzen APUs and CPUs are supported by A520 motherboards, first and second-generation Ryzen chips are not. A520 AM4 boards are available in the $70-80 price-range.

A520 motherboards have a very limited set of advantages over the aging A320 budget chipset it replaces.

The maximum number of USB ports is the same as it was on A320 boards: one USB 3.2 Gen 2 port, two 3.2 Gen 1 ports and six USB 2.0 ports is all you can get. Some of the A520 boards have less than that, how many you actually get depends on the motherboard vendor.

The PCIe connectivity on A520 boards is limited to PCIe 3.0 on all slots and you only get six lanes from the chipset. That is a step down from B550 and X570 boards who feature PCIe 4.0. It is kind-of a step up from B450 and X470 motherboards. The more expensive last-generation mid and high range boards have more PCIe slots and lanes but all but the first x16 slot are limited to PCIe 2.0. Six PCIe 3.0 lanes from the A520 chipset may sound like it is very little but it is not that bad since you get a total of 26 PCIe 3.0 lanes when the boards are paired with a Ryzen 3000 series CPU.

All the big motherboard vendors have one or more A520 boards ready, though most of them are not yet available in retail stores. 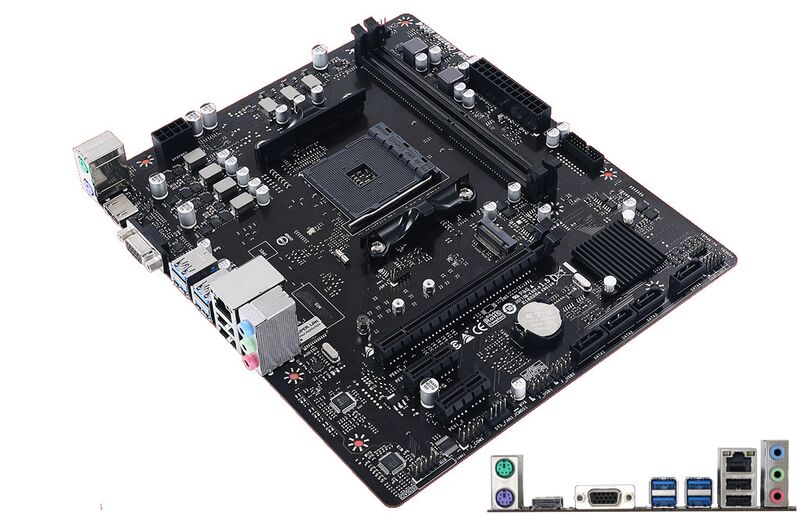 A520 motherboards that are announced and on their way to your local retail store include:

The motherboard audio chips on the A520 boards are all low-end Realtek "High Definition Audio" chips with ALC887 being the most common chip listed. The Linux kernel has had great support for ALC887 audio for a very long time. The same applies to the network chips, all the A520 boards list "Realtek" network interfaces running at 1 Gigabit. There is a near-100% chance those are Realtek RTL8111 chips with 4k non-prefetchable memory and just 16k prefetchable memory.