The Arch Linux based distribution Manjaro has released download numbers for it's various editions in May and Xfce was the most popular Linux desktop choice - by a rather slim margin.

The Xfce edition of Manjaro Linux v18.0.4 comes with a very polished version of Xfce 4.13.4, which was released just two weeks ago, compiled from git. 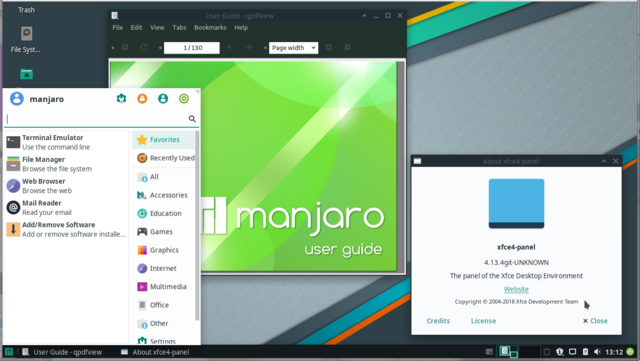 The fact that Manjaro Linux is providing a much better out-of-the-box experience for Xfce users compared to other distributions may explain why it's Xfce edition is so popular.

The Manjaro distribution itself is gaining popularity. It's Steam market share grew by +0.01% in May bringing it up to a total of 0.07% of all Steam users.

You can learn more about Manjaro at https://manjaro.org/

weird! KDE is so much better!