This is the first version of Ristretto which is based on GTK3+. It is essentially the same as the GTK2 version. It has some bug-fixes and translation updates but nothing new in terms of features, the port to GTK3 is the big high-light in this release. 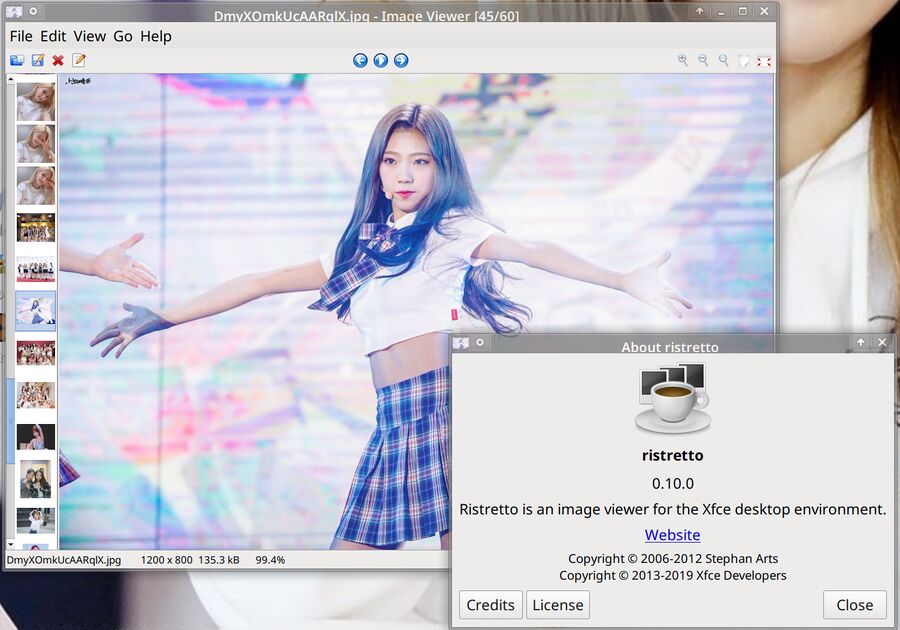 Ristretto was one of the last Xfce applications on the 4.14 roadmap which was not ported from GTK2 to GTK3. Xfce developer Igor Zakharov has worked tirelessly to bring Ristretto into the new GTK3 paradime.

Some features like the ability to set Xfce's desktop wallpaper has been made backwards compatible so Ristretto 0.10.0 is able to work with both Xfce 4.12 and the very soon to be released 4.14.

The more important highlights from the changelog for this release are:

Ristretto still lacks an easy way to quickly switch between folders. Adding this essential functionality would be a big change and a lot of work. Ristretto developer Igor Zakharov had this to say about it:

"The first gtk3 release will mostly be a port of existing functionality plus some bug fixes. the folder switching feature is a big one; perhaps, it will be implemented later."

You can learn more about Ristretto at docs.xfce.org and the new version can be downloaded from archive.xfce.org.

Xfce 4.14 final is scheduled to be released on Sunday the 11th of August. Xfce's Release Manager Simon Steinbeiss will be unable to work on Xfce this weekend due to important personal priorities. Several leading Xfce developers have been given git commit access and the release will likely proceed as scheduled.