The Wine team has released a new major version of their vkd3d DirectX 12 to Vulkan translation layer library used by Wine. Two years of hard work allows this vkd3d release to let you launch Mario Kart DX12. That is an improvement since vkd3d 1.1. You can now see the start menu, but you can't actually play the game. There's also support for tessellation shaders, stream output and a now publicly available libvkd3d-shader library in vkd3d 1.2. 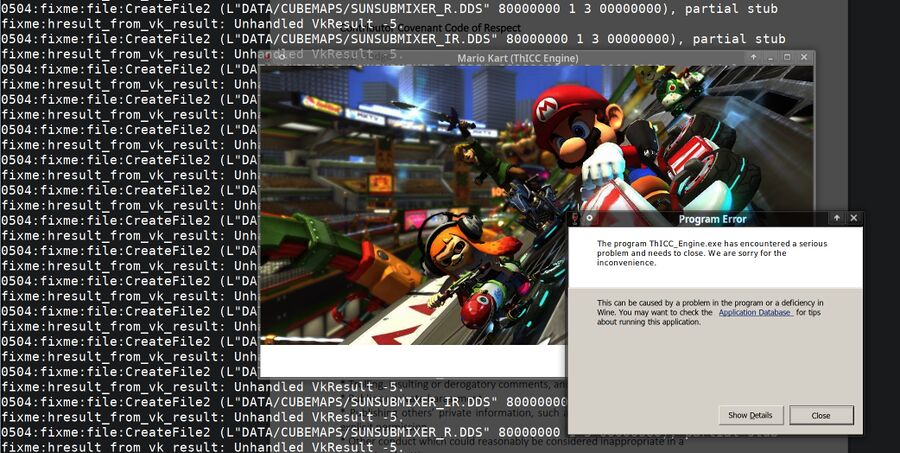 Vkd3d is a general-purpose library with a Vulkan DirectX 12 implementation. It can be used by any piece of software that wants to be able to use the DirectX 12 API and have those API calls translated to Vulkan. It is, to most GNU/Linux users, mostly interesting as a library leveraged by Wine to run DirectX 12 Windows software on GNU/Linux.

Mario Kart DX12, available from itch.io, is a "Mario Kart styled game" implemented using Direct X 12. It uses something called the ThICC Engine. It's open source in the sense that you can study the source code but there is no mention of any free software license.

Mario Kart DX12 will simply refuse to even show the games start menu if you launch it with Wine 5.17 using vkd3d version 1.1. It'll immediately crash and burn. That has improved greatly with vkd3d 1.2: The game can now launch and show a fine menu where you can choose between Cup, Race and Exit thanks to the many improvements in the latest vkd3d library.

Mario Kart DX12 will start a "demo" race, all on it's own, if you leave the launch screen alone for a while. And it works, you can watch Mario race around without Mario Kart DX12 blowing up in your face. 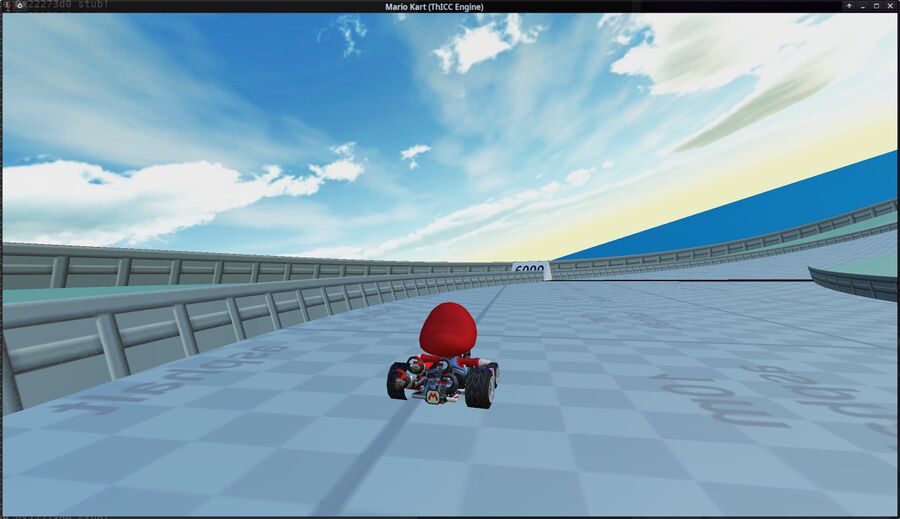 Trying to actually play Mario Kart DX12 with Wine 5.17 using vkd3d 1.2 is a different story. You can choose track, and kart, but that's it. 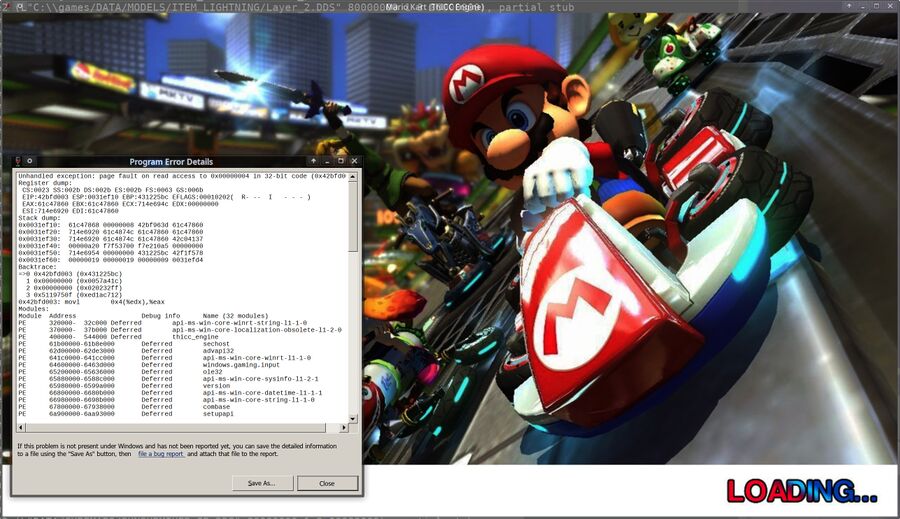 All you get to see when you try to start a race using any of the available tracks in Mario Kart DX12 is this fine error:

The simple fact that games like Mario Kart DX12 still fail to run with vkd3d 1.2 does not mean the developers haven't made significant improvements since vkd3d 1.1 was released two years ago. Just get a load of this list of "Newly implemented Direct3D 12 features" from the dkd3d 1.2 change-log:

That's a whole lot of steps in the right direction and there may be DirectX 12 games that do run with vkd3d 1.2 thanks to those and many other improvements since vkd3d 1.1 was released back in October 2018. But it's not enough. There is still a lot of work to be done before you can grab any random Windows game using DirectX 12 expect it to run perfectly on a Linux box with Wine installed.

The source code for vkd3d 1.2 can be acquired from dl.winehq.org/vkd3d/source/. You can also grab it from the git repository at source.winehq.org/git/vkd3d.git/.