Someone going by the e-mail nickname "palesaferns" leaked a number of Hardware Definition Language (HDL) source code files for the AMD Navi graphics cards to a GitHub repository. That repository was swiftly yet too-lately removed by GitHub-owner Microsoft at the behest of AMD. The released stolen source code tree has code for Navi10 and empty folders for other graphics chips like the "Arden" GPU in the coming XBox Series X which indicates that the leaker is also in possession of those source files as well. AMD has issued a statement saying that they "believe the stolen graphics IP is not core to the competitiveness or security of our graphics products". 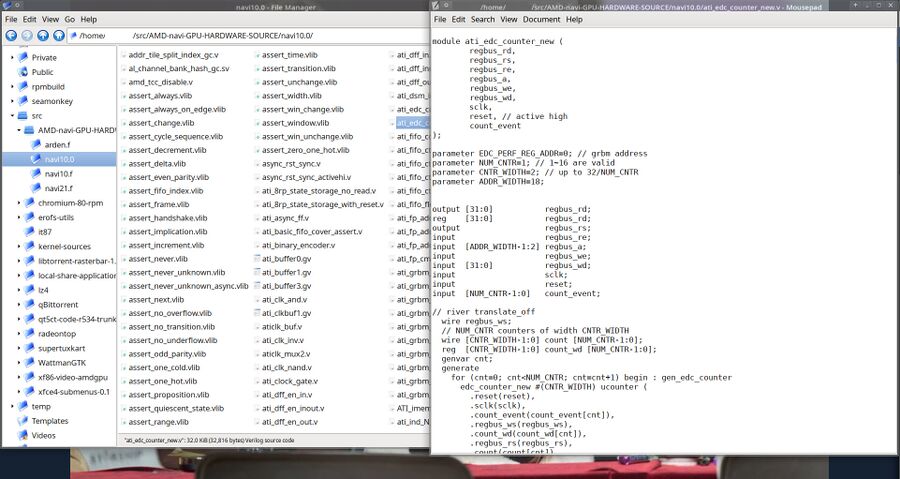 Some of the source for the secret closed-source hardware defition language files for AMDs latest graphics cards were leaked to Microsoft GitHub by someone using the e-mail handle "palesaferns" at protonmail and "xxXsoullessXxx" at GitHub. Microsoft quickly removed the repository with the stolen code as well as several forks of it from GitHub - but not before it had become available by several other less censorship-prone means. That is the nature of the modern Internet, when it's leaked it's leaked and nothing can undo that.

Using a bittorrent client to download these stolen source code files using a magnet link could be illegal in your country so you may want to refrain from doing so. AMD has explicitly stated that:

"This repository contains intellectual property owned by and stolen from AMD."

The leaked source code .zip file contains the folders arden.f, navi10.0, navi10.f and navi21.f. The navi10.0 folder is the only folder which is filled with files; the other folders contain a single file with a list of files that are supposed to be in those empty folders. This indicates that the leaker has the files but isn't willing to share them just yet.

The arden.f folder, which is missing, would be code for the graphics chip in the the soon to be released XBox Series X. 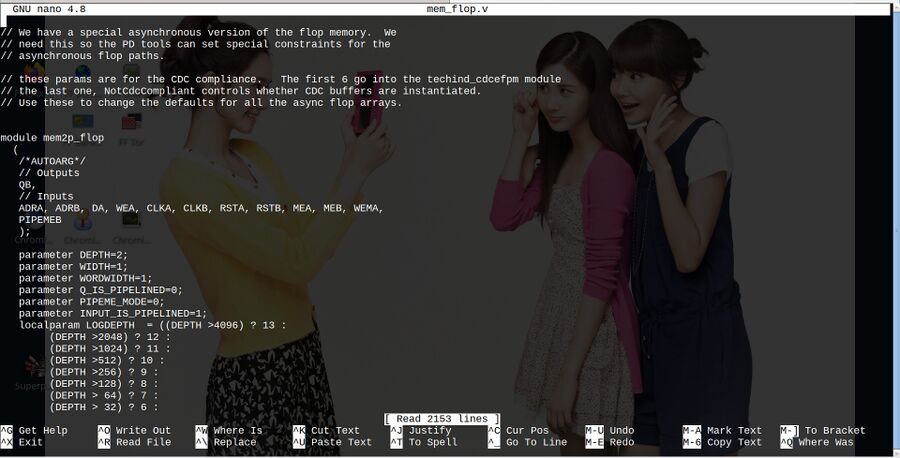 You know you're using a good programming language when you have to reimplement log2 with macros...

What, if anything, an average person can do with these hardware definition language files for AMD's graphics cards is a good question. You can't just compile a graphics card, you do have to build one. Very few have a fab with a 7nm process node in their basement. The files could potentially be useful for open source developers who want to write graphics drivers for AMD graphics cards but how much value the HDL source has in that regard is questionable. AMD-employed developers are already working on both the amdgpu kernel driver and the Mesa RadeonSI (for OpenGL) and RADV (For Vulkan) drivers. Such HDL files would, from a free software driver perspective, be more useful if they came from Nvidia since that company is outright hostile towards free driver developers and the GNU/Linux community in general.

The IT news website TorrentFreak managed to contact the leaker who is, apparently, looking to sell the rest of the stolen code.

"The person claiming responsibility for the leak informs TorrentFreak that if they doesn't get a buyer for the remainder of the code, they will dump the whole lot online."

It is highly unlikely that Nvidia or Intel or anyone else will step up and buy the remtaing stolen hardware definition language source files. It is therefore safe to assume that the leaker will have to choose between breaking her (according to TorrentFreak) word or releasing the remaining files. AMD does not appear to be too worried about that:

"While we are aware the perpetrator has additional files that have not been made public, we believe the stolen graphics IP is not core to the competitiveness or security of our graphics products. We are not aware of the perpetrator possessing any other AMD IP.

We are working closely with law enforcement officials and other experts as a part of an ongoing criminal investigation."

Time will tell if she find a buyer (unlikely) or keeps her word and delivers. The a magnet link can give some insights as to what more could come in the future.