Watching without saying much, for now... Richard Stallman (RMS) is exploring new ways to deal with new threats to software freedom, even if it’s done mostly behind the scenes (dodging those hyenas who defamed him ‘out of office’ at MIT).

Original story by techrights.org. Originally published 2020-10-04.
This work is available under the Creative Commons Attribution-ShareAlike license. 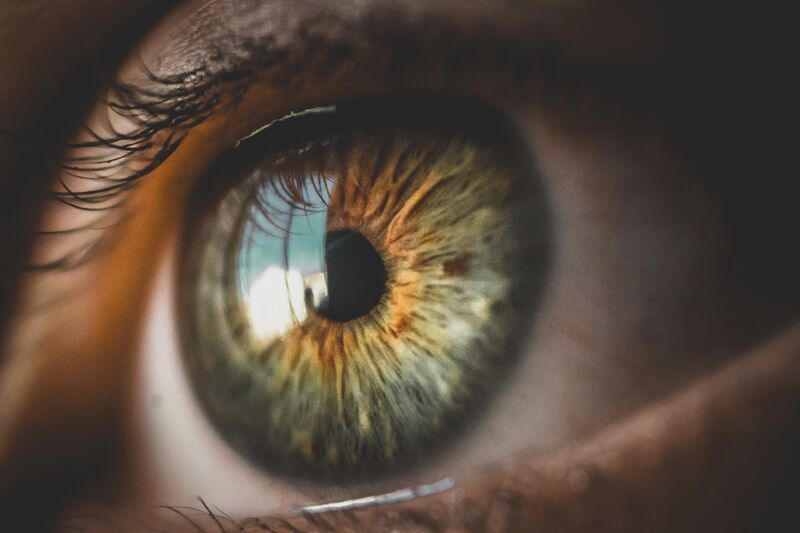 THE push to oust RMS was incomplete and therefore unsuccessful. He’s still the undisputed chief of the GNU Project, which he started nearly 40 years ago (he turns 68 next year and in recent interviews he looks healthy and lucid in the fluency/articulative sense, i.e. both physically and mentally).

“RMS and Bruce Perens are talking again. I heard about it earlier today.” As he put it less than a year ago, he had been hit but not knocked out. People close to him say he’s just waiting for the right moment to make a comeback.

The wheels or the gears are already in motion. 10 months ago Bruce Perens quit OSI in protest and a couple of months ago he laid out some sound reasons. OSI did not develop in the way he had hoped for.

Richard Stallman|RMS]] and Bruce Perens are talking again. I heard about it earlier today. They used to talk a lot back in the mid-nineties, based on the Debian-Private archives that we released. Perens had received a lot of abuse for trying to be in amicable relations/terms with RMS. Not fair to him…

The nature of the discussion is private, but it seems like both geeks want to shape the world after the “open source” thing (openwashing of monopolies, surveillance etc.) became the sham RMS warned it would become, monetised by the Linux Foundation (milking the “Linux” brand) and the OSI, which nowadays equates GitHub with "Open Source" (the very thing GitHub is against, as per Microsoft's old plan).

figosdev corrected the meme I had made yesterday, rephrasing it as follows because quite a few GNU projects too were migrated to Microsoft’s GitHub. He sent me the following image: 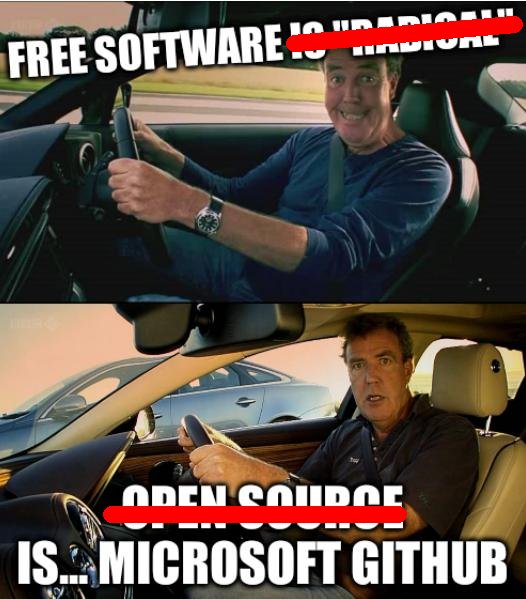 It’s unclear if RMS can do anything on this matter. He already openly condemned the practice (long before GitHub became Microsoft’s) and the FSF gave GitHub an “F” (worst possible score) when it last assessed the platform 4.5 years ago. Rather ironic given that the successor of RMS at the FSF is a GitHub user (albeit it’s never too late to correct that).

Free software will be fine provided enough of us work together to make that happen. Back in the 1980s people thought RMS was crazy for thinking he would manage to take over and replace ‘Goliath’. But guess what… the future depends on collective action at present. Keep up the fight.

First they ignore you,

then they ridicule you,