The Korean actor and pop-sensation Kim Se Jeong (김세정) as announced the track-list for her second mini-album. It looks very promising.

Kim Se Jeong (김세정) is a very talented former member of the now bankrupt and finished Korean girl-groups I.O.I and Gugudan. She has starred in several television shows such as "The Uncanny Counter". Her first mini-album "Plant" was a marvel.

Kim Se Jeong has now revealed the track-list for her second mini-album. It is simply titled "I'm" and the title song is named "Teddy bear". 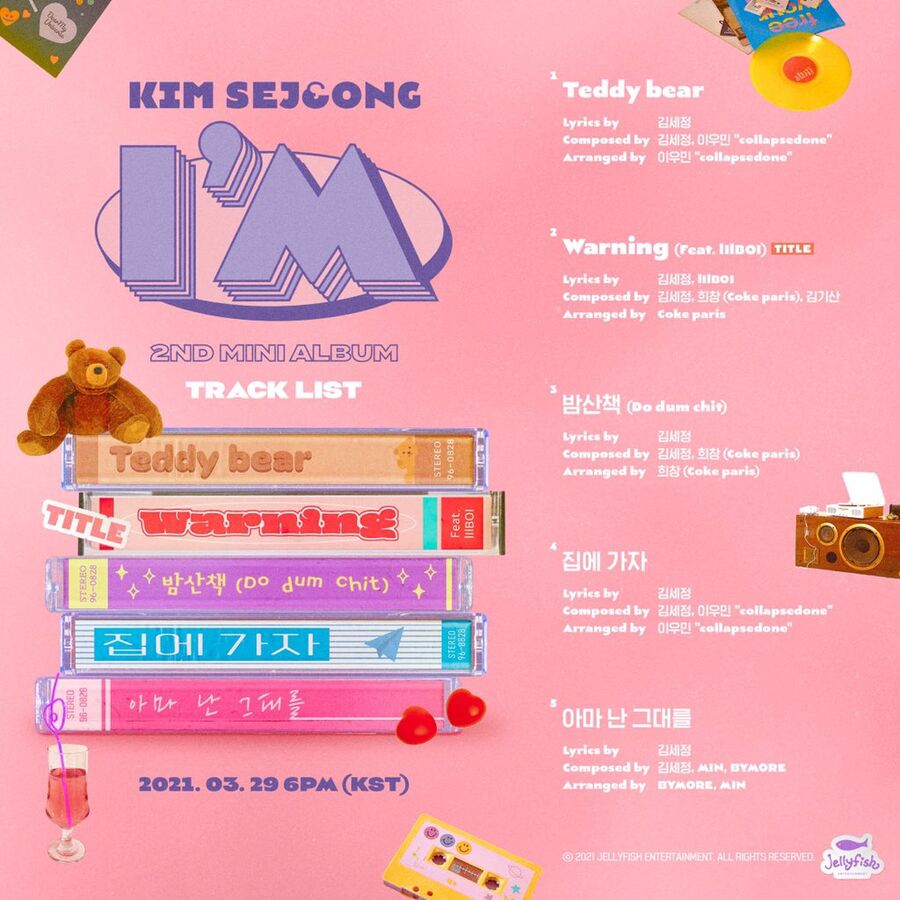 Further details about the album are scarce, but a release-date has been revealed. "I'm" will be released on March 29th, 2021. There is even a specific time, "6pm", though it unclear what time-zone that refers to.