30 bugs have been eradicated since the last release of the double-entry bookkeeping program KMyMoney which is self-described as "the BEST Personal Finance Manager for FREE Users". It is similar to the more well-known commercial product Quicken. KMyMoney is cross-platform and the most important bugfix in this release is only for macOS users who could previously not open saved files. 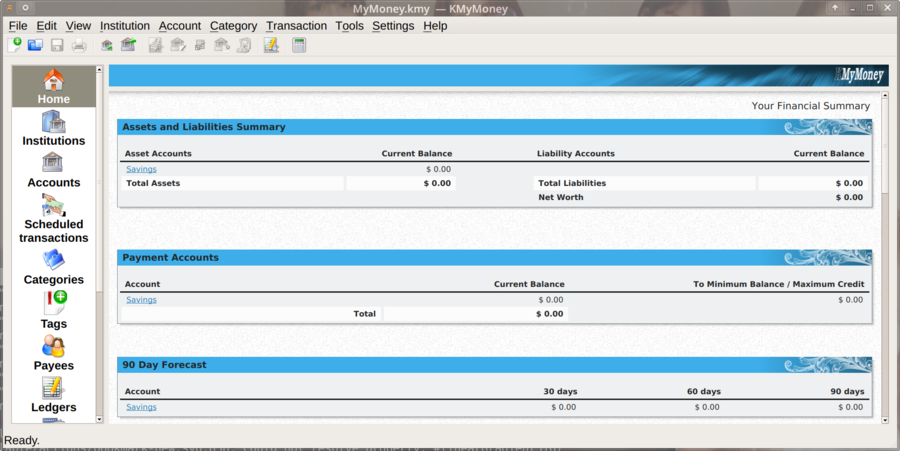 Users of KMyMoney who actually have some may find it useful that it's now possible to print charts thanks to bug #405061 being fixed. The Print Charts function has been there for some time, it just didn't work. There is also a bug-fix for those who have used it a long time: KMyMoney will no longer crash if you remove 5000+ transactions at once.

The most interesting item in the bug list as far as we can tell is "Bug 405828" which is described as "Budget problems". This is exactly the kind of bug KMyMoney is supposed help it's users solve. KMyMoney's own "Budget problems" are now "RESOLVED FIXED" thanks to a simple 5 line patch. If only it was that easy to solve real-world "budget problems".

You can inspect the entirety of bugs that have been squashed in the release-announcement which you can find at https://blog.bembel.net/2019/07/kmymoney-5-0-5-released/

The software's homepage with downloadable ancient and "preview" versions for Windows and macOS as well as the current Linux version can be found at https://kmymoney.org/. The "Preview" versions are probably the best option for non-Linux users as the "regular" version for Windows and macOS that are listed on the homepage are years old. KMyMoney is available in all the commonly used distributions repositories, just search for "kmymoney".