The Chinese Wuhan deepin Technology Corporation has released a new major version their Debian-based Linux operating system featuring their custom unique deepin Desktop Environment. deepin 20 comes with a base system based on Debian 10.5 Buster with special deepin packages on top. deepin 20 offers a wide variety of user-friendly custom applications written specially for deepin in C++ using Qt and the "deepin Tool Kit" (DTK). It is available in most languages, not just Chinese. We have reviewed it and found it to be a excellent and well-polished Linux distribution. 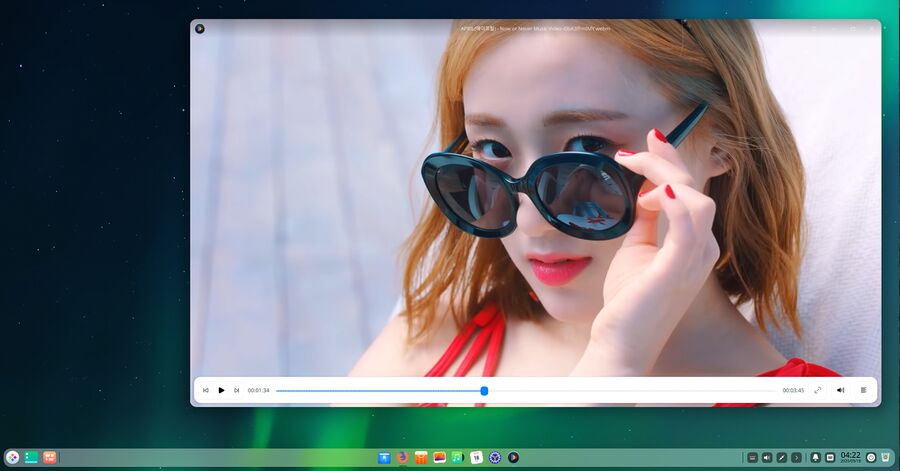 The Chinese-made deepin Linux distribution is in many ways unique when it is compared to Western-made Linux operating systems. It is also similar and familiar in some ways. The new deepin 20 has a base system based on Debian Buster 10.5 so Debian, Ubuntu and Linux Mint users will be familiar with how it works beneath the hood.

The graphical user-interface is what really separates deepin from other distributions. deepin has it's own unique deepin Desktop Environment. The desktop and the applications built for it are written in C++ using the deepin Tool Kit (DTK) which is, in turn, built using the Qt framework. DTK is in some ways similar to the KDE Frameworks the KDE Plasma desktop environment leverages.

deepin 20 brings a lot of new features existing deepin users will enjoy. There's support for dark themes the color temperature management configuration has been improved. The notification center has been re-vamped with support for playing sounds on configurable notifications and support for muting less important applications.

The deepin 20 installer lets you choose between the Linux 5.4 LTS kernel or the now upstream EOL Linux 5.7 kernel. It is a bit odd that they didn't go for Linux 5.8 instead of 5.7 as Linux 5.7 reached it's end of life before deepin 20 was released.

Many of the special deepin applications made specifically for the Deepin Desktop Environment have been polished and updated since the last release. Deepin Screnshot and Deepin Screen Recorder has been merged into "Screen Capture". The deepin Document Viewer, Voice Notes app, Draw, Archive Manager and the App Store have all been improved.

You can read our full review of deepin 20 by clicking here.