Minor versions don't really mean anything on Debian, it is just its developers way of reminding people that they should open a terminal and type sudo apt -y update && sudo apt -y upgrade once in a while. They do list some security-updates for the ancient packages Debian Buster carries in their announcement. 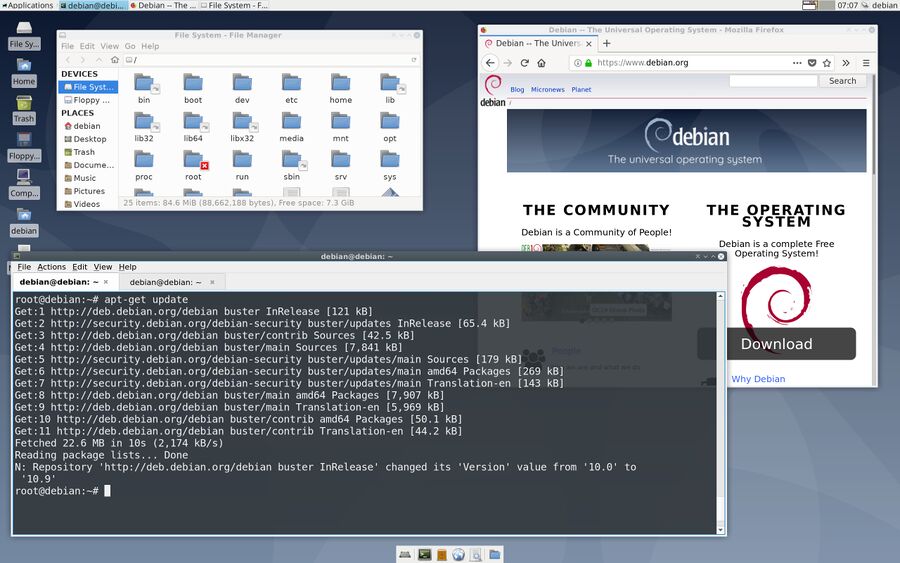 Typing apt update or apt-get upgrade as root in a terminal will make Debian change its minor version number to 10.9. You can of course use sudo if you don't have the courage to be root.

Debian is a extremely conservative distribution with focus on "stable", which mostly means ancient, software packages. There is, therefore, not much new in Debians minor point releases, Debian Buster 10.9 is essentially just Debian 10.0 with some security patches for mostly the exact same package version numbers that were included 10.0 when was released in July 2019.

Debian will then fetch the latest package lists and, if you haven't ran apt update lately, show a message telling you that:

Running sudo apt -y upgrade afterwards will get you all the shiny "new" (well, changed) packages in the Debian 10.9 "release". The list of those packages can be found in the 10.9 release announcement at www.debian.org/News/2021/20210327. It is just a list of very small changes and security updates such as fixes for out-of-bounds reads, format string vulnerabilities and things like that.

You can check what Debian Buster version you are using after you have upgraded by taking a look at /etc/debian_version.

The core packages and the desktop environments in Debian Buster are still at the same version numbers they were when it was released two years ago. As we already mentioned, Debian is a very conservative distribution when it comes to updates. The developers aren't going to provide new packages just because Xfce 4.16 or GNOME 40 are released, you still get Xfce 4.12.2 from half a decade ago if you choose to use the Xfce desktop environment on Debian. Some prefer it that way, and if you do then Debian Buster 10.9 is probably something you will like and enjoy using.

You can read the 10.9 announcement at www.debian.org/News/2021/20210327 and download Debian ISO images from www.debian.org/CD/torrent-cd/ if you want a very conservative and "stable" (=stale) GNU/Linux distribution or you're interested in free software archaeology.