It has been a year since the last version of the best Music Player Daemon front-end built on the Qt and KDE libraries was released. The latest version has some new features but it also lacks a rather important one previous versions have: Support for showing the currently playing songs album cover in the playlist window has been taken away due to issues with that feature when Cantata is build against Qt 5.12. That huge disappointment can safely be fixed by changing the cmake configuration file if you compile against newer Qt versions. 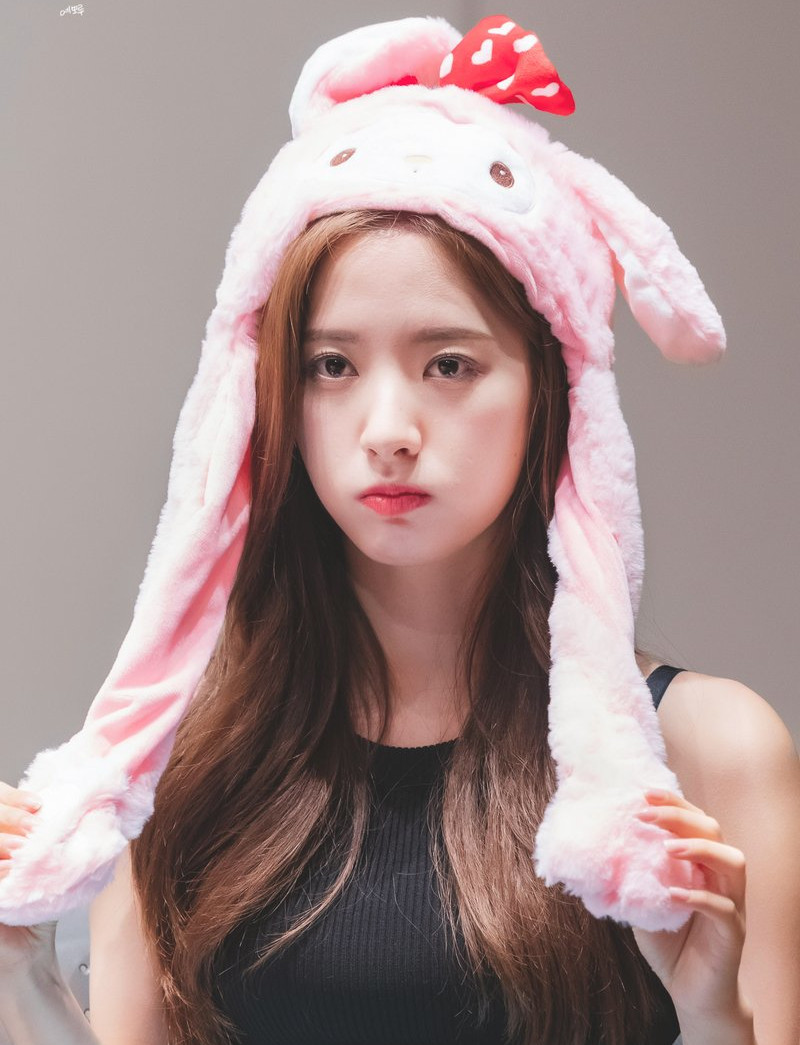 Downloading, compiling and starting the newly released Cantata 2.4.0 was a huge disappointment. The release notes for Cantata 2.4.0 mention that "Custom playqueue background is not working with Qt 5.12 onwards, so disabled for now". That change is immediately visible and very apparent. This is what Cantata 2.4.0 looks like: 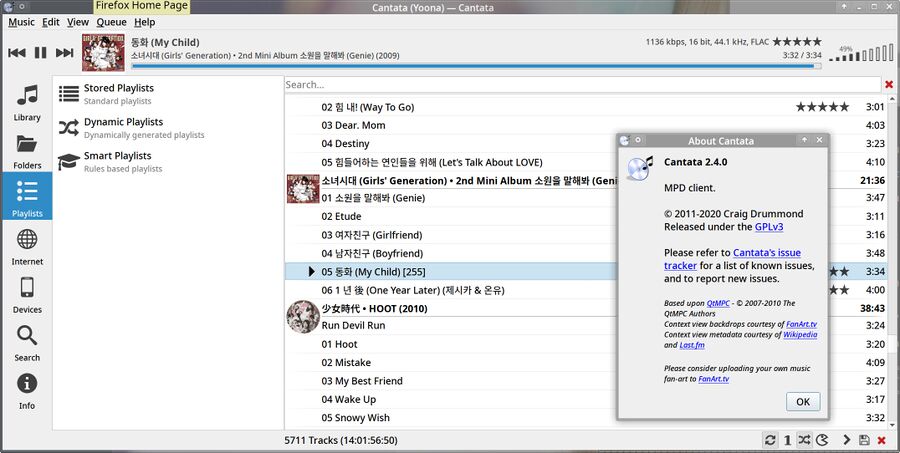 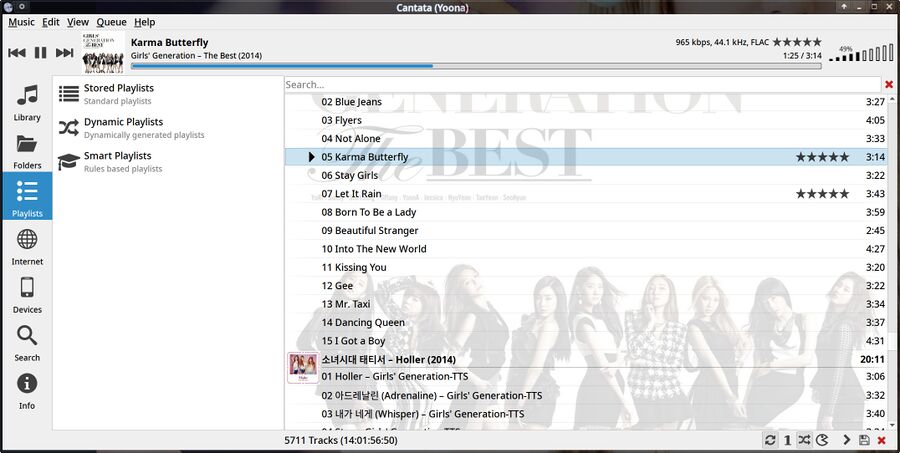 Cantata 2.3.1 (and 2.3.3) will show you the currently playing songs album cover in the playlist background. The latest version does not have that feature.

A keen observer will notice that version 2.3.1 will show album covers in the playlist background if that feature is enabled in Edit ▸ Preferences ▸ Interface ▸ Play Queue where version up to 2.3.3 has a "Background Image" setting where it is possible to choose either no background image, "Current album cover" or a "Custom image". Cantata 2.4.0 has no such option:

Cantata 2.4.0 lacks any option to configure the playlist background.

The removal of the support for showing album covers in the playlist background is so hugely disappointing that it is barely worth mentioning that Cantata 2.4.0 can show invalid (removed) files present in playlists using red text and that there is a new Remove Invalid Tracks option in the playlists context menu.

It is also barely worth mentioning that those who enjoy podcasts can enjoy a new feature for reading local RSS and OPML files in the podcast search dialog. These new features do in no way make up for the removal of the currently played songs album cover in the playlist.

Why Would He Do This?

The obvious question is WHY, why would Cantata developer Craig Drummond remove the ability to have album covers in the playlists background? A close-up inspection of the git changelog reveals a large change-set titled "Custom playqueue background is not workig with Qt 5.12 onwards, so disabled for now - which refers to issue #1554. Luckily, a comment on that issue does mention that:

Setting #define ENABLE_VIEW_BACKGROUND 1 in config.h.cmake and recompiling does restore the previous behavior - and it works just fine with Qt 5.13.2. The problems described in #1554 with Cantata built against Qt 5.12 are not there with Qt 5.13.2.

The Cantata 2.4.0 release notes mention that there are two crash fixes as well as several minor bug-fixes in this release. There is also a new --fullscreen option for starting it in fullscreen. Artist images are now pulled from FanArt.tv instead of Last.fm due to changes on Last.fm's side.

Do note that Cantata is a front-end for the Music Player Daemon, it is not a stand-alone music player like Elisa. You need to have mpd installed and running to use it.

The source code for Cantata 2.4.0 can be acquired from the GitHub release page. You may want to change config.h.cmake before you compile it - unless your system is using Qt 5.12.