Intel's Kenneth Graunke has written a few patches for Intel Gen12+ graphics chips that boost graphics performance by one to twelve percent. Don't get too excited, it only applies to Intel Tigerlake and newer and they won't arrive in mainstream GNU/Linux distributions until Mesa 20.3 is released mid-December. 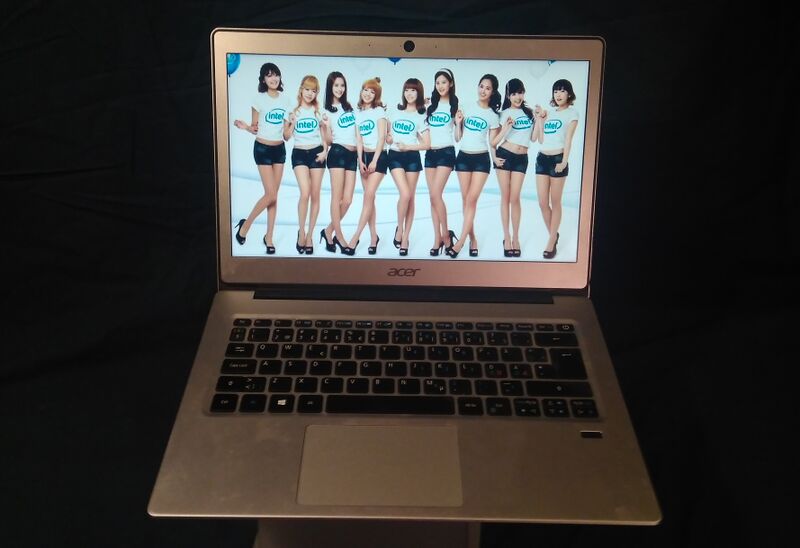 A notebook with a Intel CPU. There's no Tiger Lake chip in it, just a weak low-powered Intel Pentium N4200.

Intel made some very bold claims about the graphics performance when they announced their Tiger Lake mobile processors back in September. It looks like aggressive caching will help them make good on those promises.

Benchmarks by Felix Degrood indicate that these patches give a pretty decent performance-uplift depending on what game or application is used.

The numbers above are actually quite low compared to what they are with the initial patches in the merge request submitted by Kenneth Graunke. Xonotic got a 18% performance boost and Doom 2016 got a 13% performance boost with the initial patches. That's great except that there were some serious glitches so they removed Unordered Access Views (UAVs). Intel's Jason Ekstrand, who you can watch in an interesting video about a future Vulkan ray-tracing API from the X.org developers conference 2020, was kind enough to explain that:

"Unordered Access View is a D3D term. It is storage buffers/images in Vulkan terminology. They were removed because HDC and atomics aren't friends."

These patches won't be widely available until Mesa 20.3 is released in the middle of December so you will have to compile Mesa from git or use a PPA/repository with Mesa git snapshots if you want them now.