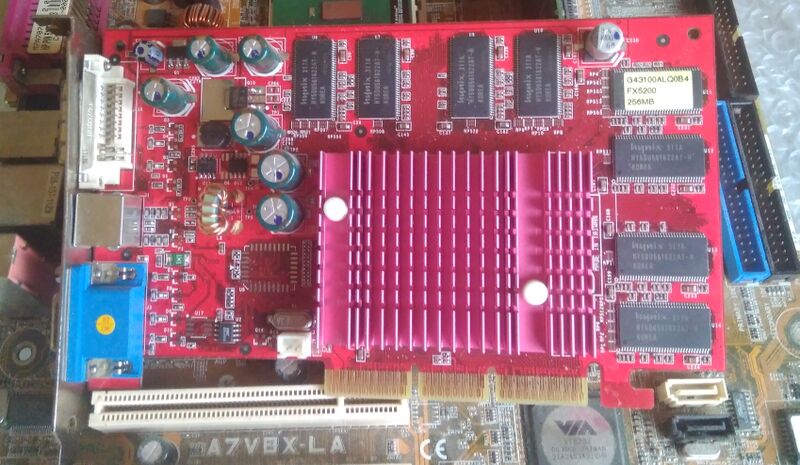 A Nvidia FX5200 GPU With 256 MiB RAM. It still works fine if you happen to have an ancient computer with a AGP slot to put it in.

The proprietary closed-source binary driver from Nvidia is something everyone using a Linux-based operating system with Nvidia hardware has to install if they want their GPU to be more than a space filler inside their computer case. A handful of new Vulkan extensions is the most interesting part of their latest 465.24.02 Linux driver release. Those are:

Nvidia has also added support for using linear images in host-visible video memory to their Vulkan implementation and fixed several bugs in it. Their release notes mention that they have:

The only interesting non-Vulkan news in Nvidia's release announcement is a claims that they have improved DrawText() performance on the Xorg display server, support for the newly announced RTX A4000 and A5000 GPUs and a mention of having enabled Runtime D3 Power Management on notebook machines with Ampere and newer GPUs. The remainder of the release announcement consists of less interesting bug-fixes.

Xwayland recently merged support for hardware acceleration on machines using the Nvidia driver in preparation for a Nvidia driver with the proper bits required to provide that functionality. This driver does not have those bits, so those of you stuck with a Nvidia card who want to run X applications on Wayland with GPU acceleration will have to wait for a future driver release from Nvidia which includes those bits.

Neither the README.txt or the NVIDIA_Changelog files within the 465.24.02 does not specify what Kernel, Xorg and Wayland versions are supported. There is a mention of a fix for Linux 5.11 in an earlier driver release, so it is safe to assume that it will work on Linux kernels up to and including Linux 5.11.

The latest proprietary binary blob Linux display driver for Nvidia graphics cards can be acquired from www.nvidia.com/download/driverResults.aspx/172836/en-us. ClamAV did not find the virus within the self-extracting NVIDIA-Linux-x86_64-465.24.02.run file we downloaded. What file you get when you download may vary.