Developer Jasem Mutlaq has released another fine version of the user-friendly yet very advanced astronomy program KStars. The highlights in the new version are mostly for those who happen to have their own observatory. KStars is still a great little program for anyone who wants to brush up on the constellations or have an interest in the night sky. 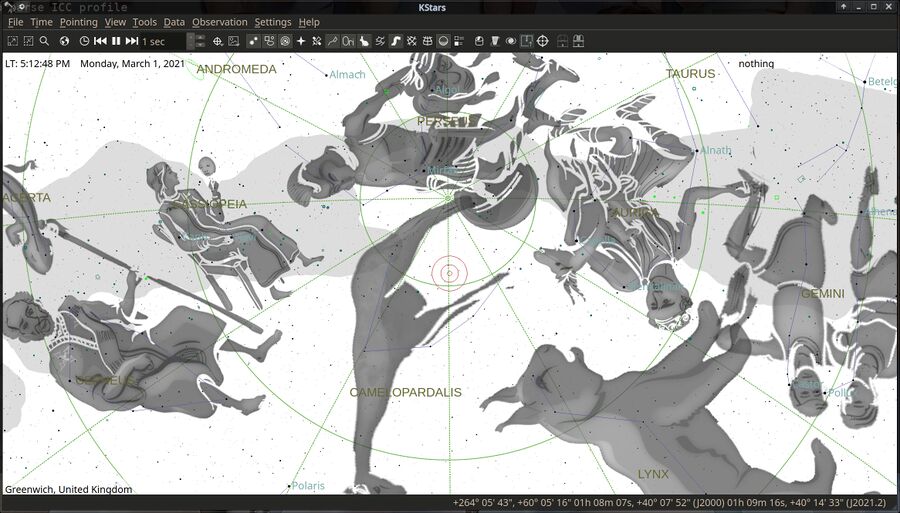 "Brodrick Bassham added a manual rotation dialog to the Alignment module in Ekos for Load & Slew. Now users without motorized rotators can adjust their camera manually in order to achieve the desired frame orientation. Check the video below for a demonstration of this feature."

There's also two major improvements to the Ekos Polar Alignment Assistant, contributed by Hy Murveit, in KStars 3.5.2. Polar Alignment can now be done while pointing anywhere in the sky, and the user-interface for it has been greatly improved.

Binaries for Windows, macOS and Linux, in the form of a Snap package, can be acquired from edu.kde.org/kstars/. The source code is also available at that location.

KStars has been a great program for years, so any older 3.4.x version in your distributions repositories will be fine if you just want to try it and learn the names of some new constellations. Many of them can be seen with the naked eye if you venture out into the outside world at night.