Free Software Enthusiasts are The Worst when it comes to AdBlocking

One may assume that a website with ten times as many visitors as another sort-of comparable website would be more profitable but that's just not the case when one of the websites cater to free software enthusiasts who are, in fact, the most privacy-aware and advertisement-hostile people of all. That is a corner-case where the ten times more popular site barely generates half the revenue.

Our data indicates that 76% of our readers choose to STEAL OUR PRECIOUS CONTENT instead of paying for it by viewing advertisements like good sheep-like mindless consumers. Us recommending that you install the excellent web garbage filtering extension Ublock Origin and enable the majority of the optional filters is probably not helping. A vast majority of our readers have already done so while a mere 24% are able to stand all the auto-playing video advertisements, pop-overs and other annoyances the modern web is riddled with.

Blocking advertisements is generally not that popular as numbers from the somewhat similar site Immortal Poetry indicate: Only 22% of that site's visitors block advertisements. That figure is almost the exactly the same as percentage of readers who do allow advertisements and privacy-violating tracking when they read this site. How such a large amount of people who read poetry are able to stand using the web without a garbage filter like Ublock Origin is anyone's guess. It is, after all, a completely horrible experience compared to the clean and smooth browsing one can get by installing the right software.

And it's not just GNU/Linux desktop users that are resisting modern attempts to mind-control them into buying things they do not want or need in order to get a brief moment of perceived happiness. About 60% of this sites visitors read it on some kind of mobile device. Ublock Origin can not be added to browsers running on mobile devices but that does not make resistance futile. Most of this site's mobile readers use a non-standard web browser such as Privacy Browser from the free software app-store F-Droid. Privacy Browser has integrated ad-blocking using EasyList (one of the more useful ad-blocking lists Ublock Origin takes advantage of) as well as other privacy enhancing defaults. Those who read poetry over at Immortal Poetry tend to use whatever web browser their device defaults to with default settings. This ensures that they are tracked and fore-fed a torrent of horrible advertisements everywhere they go on the modern web.

What can we learn from this? Very little. One obvious conclusion is that writing content for free software enthusiast, while fun, is a complete waste of time from a business perspective. Many have tried and failed. The Linux Journal managed to keep the lights on for 25 years before they had to shut down due to financial constraints.

It is, of course, possible to try to rely on donations instead of advertisements. The amount of Bitcoin donations sent to our donation address 1J6xr1f42keDRJq8Wnp1e3Yx2xpwsqzZA6 since this website was started back in 2004 is exactly zero. The same is true when it comes to our Litecoin address LUydW49vBvUrcyLsGc1YfHW8v3jSqZKChq - nobody sent anything ever. It would appear that donations is not a viable alternative.

That leaves very few options for justifying the time spent on this website. We happen to be farmers by profession (yes, really) since we never managed to turn this and other websites into any kind of part-time or full-time job. That means that we have access to a variety of experts on matters such as website profitability. We asked one of our goats for advice on how to make this website profitable. 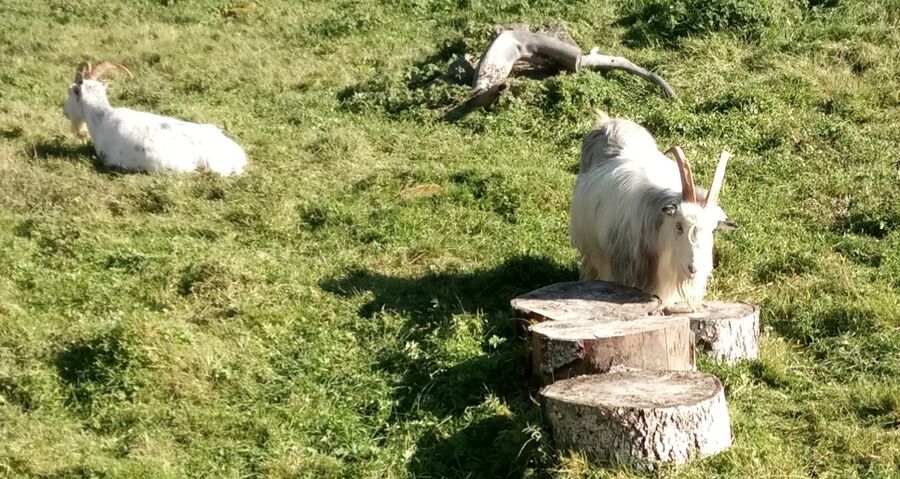 The goat referred us to the pigs who are, according to the goat, professors in such matters. 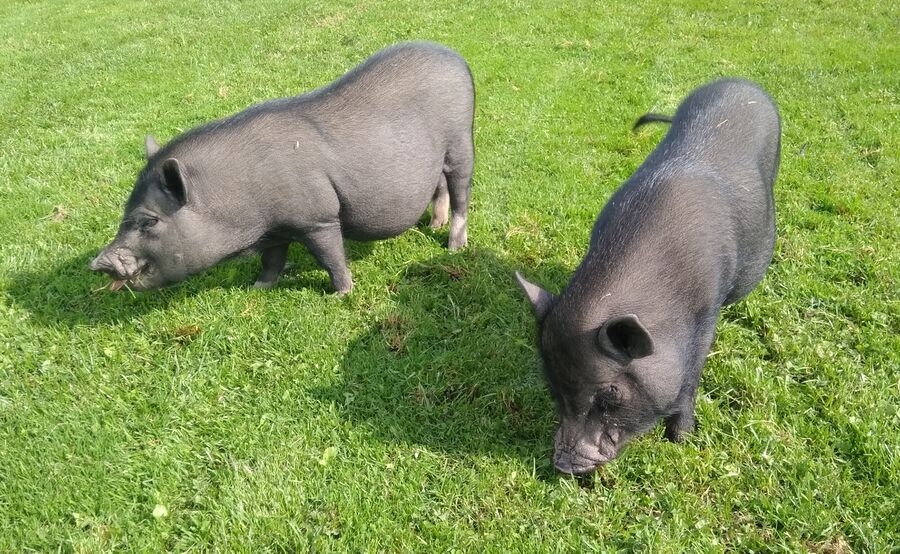 The pigs ignored the question entirely; they just grunted and ate some grass. This was totally unsatisfactory so we slaughtered one of them (the one on the left) and ate him. That was satisfying and quite fulfilling but it did not solve the problem at hand. Please leave a comment below if you have any suggestions.

ads totally suck ! who TF invented this crap! web ads is the worst crime ever !