Audacity 3.0 is Released With A New Project File Format and 160 Bugfixes

Audacity 3.0 brings several significant improvements to the popular free multi-platform audio editor for Linux, Windows and macOS. The latest version brings a new and improved project file format using SQLite3, a new "Label Sounds" sound analyzer and fixes for a whopping 160 different bugs. The severe lack of any user-interface scaling on GNU/Linux is not addressed so Audacity remains a border-line useless joke on Linux machines with high resolution monitors despite all the other improvements. 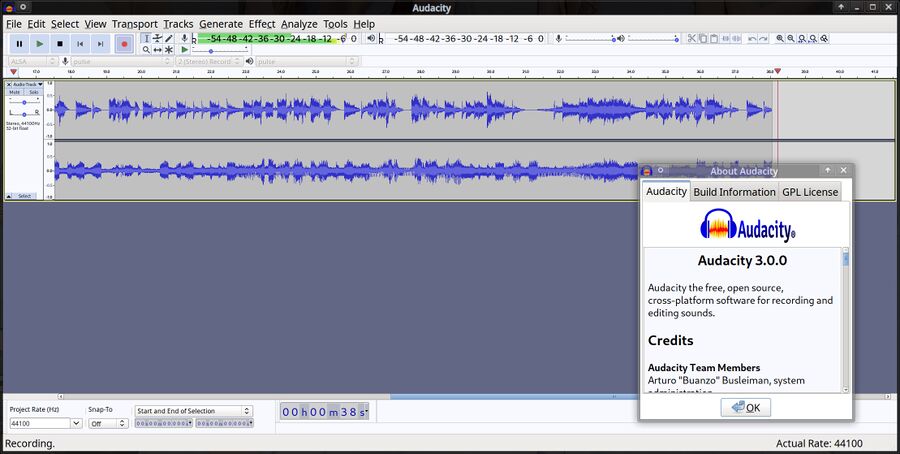 Audacity 3.0.0 recording a att.mod, a module sound file about carding from the early 1990s. Zoomers won't be able to relate because they don't know what "carding" was or why you had to do it if you wanted to call BBSes in foreign countries regularly.

Audacity is a great audio tool for audio recording and editing as long as you're stuck with 720p 15" laptop sized panel or a very large 1080p screen. It lets you combine multiple audio files, convert audio files between different formats and sample rates, cut, copy and paste sections of audio files with unlimited undo and redo in case you get something wrong and much more. It supports plugins, and there are many available for it.

A Low-Resolution Display Is Still Required 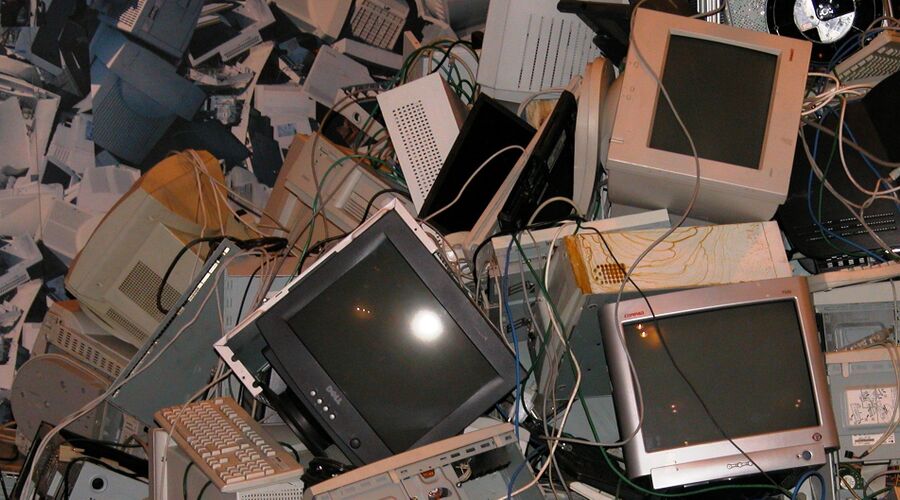 Old CRT-monitors. You need one of these to use Audacity 3.0.0.

The first version of Audacity was released on May 28th, 2000. The user-interface is still adapted to computer screens and resolutions common to that era. Audacity has always been absolutely useless at screen resolutions above 1080, that was the case with every 2.4.x release and that is still the case with this weeks big v3.0.0 release. It is completely unusable on a 24" or 27" 4k display. The drop-down menu does scale and become bigger on high resolution monitors, but the rest of the user-interface does not. The toolbar buttons are tiny, the selection buttons where you choose recording input, audio channels and things like that have tiny text and the text and elements on the audio track selector are so small it's impossible to read. The good news is that Audacity 3.0.0 will probably look great if you have a 20 year old CRT monitor running at 1024x768. 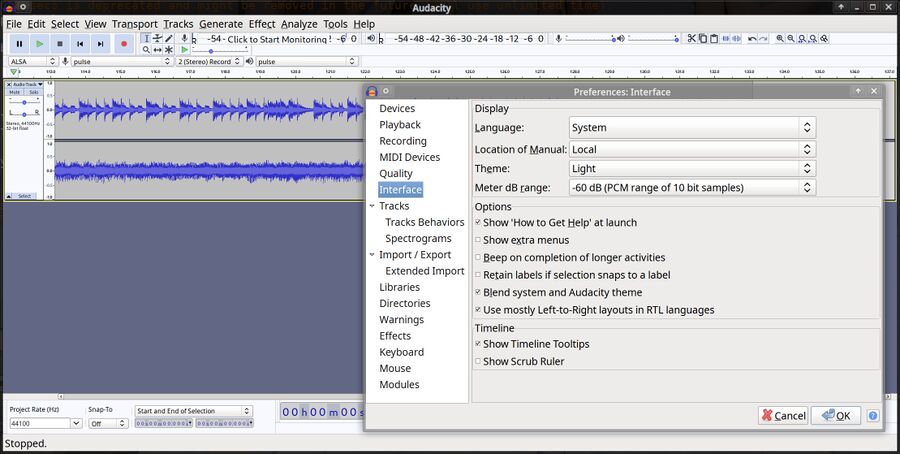 The interface settings in Audacity 3.0.0

The Interface settings dialog in Audacity 3.0.0 does not have any settings for tweaking it so it looks right on high resolution displays. The settings box does scale, just like the menus do. It really illustrates just how tiny Audacitys interface is in comparison to the correctly-scaled settings box.

A brand new .aup3 file format for audio projects is probably the biggest highlight in Audacity 3.0.0. The new file format contains a SQLite3 database with all the files and audio tracks required for a audio project.

There's also a new audio analyzer called "Label Sounds". It can analyze an audio file and label the sections containing audio with Sound01, Sound02 and so on. Sections with no sound are skipped. The labels can be renamed once the rather quick sound analysis is done.

Building The Technology On Linux

There are no binary packages for Linux available for Linux at www.audacityteam.org/download/. There is a PPA for Ubuntu and Linux Mint but it doesn't have any v3.0.0 packages at this time. There's also a "AUR" for something called "Arch" and that one does offer a 3.0.0 package.

Audacity 3.0 uses the standard cmake build system so it would be a very simple build if it didn't require a special snowflake Audacity-patched version of the wxWidgets GUI toolkit. It does, so you will have to git --recurse-submodules clone their special wxWidgets tree from https://github.com/audacity/wxWidgets.git and compile and install that. Building Audacity 3.0 with cmake is easy and strait-forward, given that you have the development files for dependencies like libsndfile in place, once you have gotten past the wxWidgets hurdle. The source code tarball can be acquired from www.audacityteam.org/download/source/.

Windows and macOS users can simply download and install ready-to-go Audacity 3.0.0 from www.audacityteam.org/download/.

Most software looks fine on high resolution displays these days. It is a shame that Audacity doesn't. Audacity was my go-to audio editor/recorder until I started using a high-resolution display. It is, in principle, a great audio editor, and it still is if you are using a low-resolution display from 10 or 20 years ago. I was hoping that I would be able to use it again with this latest 3.0.0 release, but that's not the case.

Perhaps Audacity 3.1.0 or 4.0.0 will be usable on high resolution monitors. We can only hope and wait and see.

I really don't have the "freedom". The simple reality is that I can barely pay my rent so I can have a roof over my head as it is.

If I had infinite sums of money then sure, I could work on Audacity or Xfce or KDE or some other software project all day. I don't. I barely have time to review and write short articles in the very limited time I have to spend on a hobby and not things that are absolutely necessary to ensure that I don't starve to death.
Permalink
Latest News Headlines See the more archive for news stories
Retrieved from "https://linuxreviews.org/w/index.php?title=Audacity_3.0_is_Released_With_A_New_Project_File_Format_and_160_Bugfixes&oldid=19291"
Categories: