Free software enthusiasts may be frustrated with the enormous amount of proprietary non-free closed source software one is required to run in black boxes in order to use a free operating system with free software. The Free Software Foundation is making an effort to certify truly freedom-respecting hardware. They have now given the the PowerPC motherboards Talos II Mainboard and Talos II Lite from Raptor Computing Systems, LLC a "Respects Your Freedom" Certification. 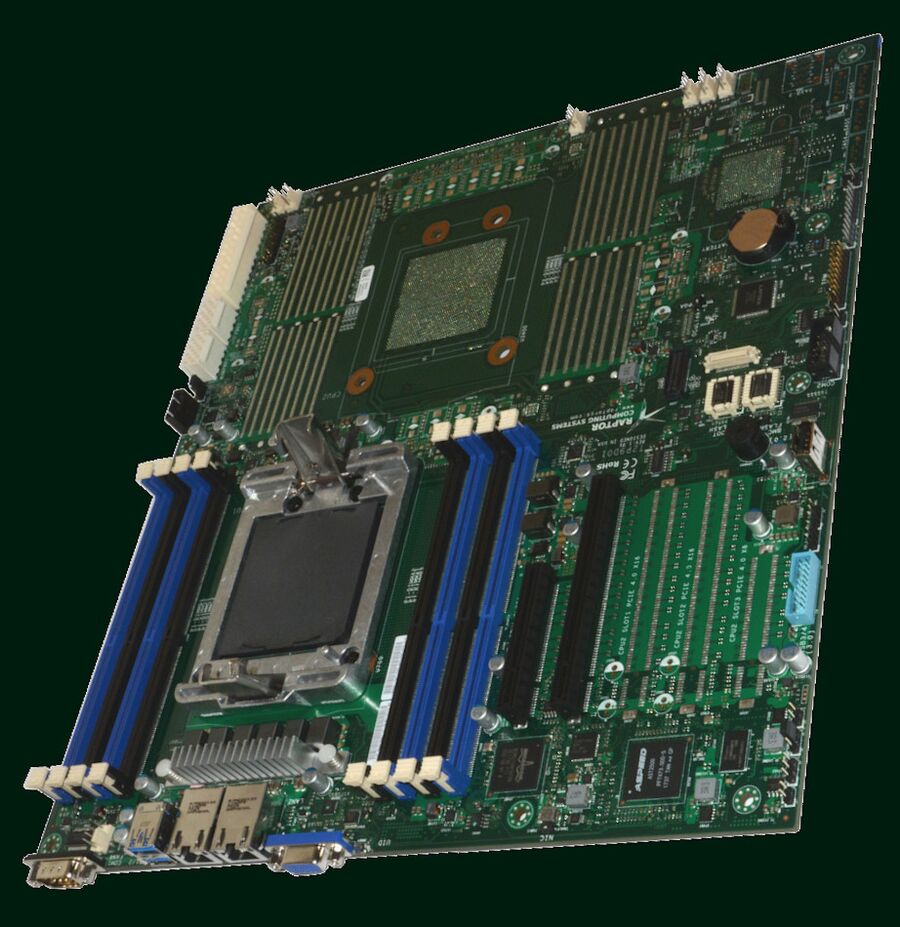 The FSF certification is not entirely shocking and quite late. Raptor Computing Systems have been offering servers and workstations using these PowerPC POWER9 motherboards since 2018. The Talos II and Talos II Lite boards have had open source firmware since launch. The exact same compiled firmware binaries in the shipped boards FPGA chip can be reproduced using the available source code. This makes it a safe choice for.. banks and the military. Not you or your family.

These boards are not cheap. The single-socket Talos II Lite Mainboard is currently listed at $1,264.64 and the dual-socket fully-featured Talos II will set you back $2,674.72. And this is just for the dual-socket motherboards. Adding CPUs will cost you $525 for each 4-core IBM POWER9 CPU or a whopping $2,803.75 for each 22-core IBM POWER9 CPU. You would need two of those for the Talos II. Ready to go servers and workstations are $6k for the base model with two four-core CPUs and 32GB DDR4 ECC RAM.

Getting a fully "free" system is not an option even if you want to pay the price of a powerful laptop for just a motherboard since there are no FSF-certified graphics cards to use with it. AMD should make one but they are not about to let you have access to their binary blob firmware's source.

A "new era" for The Free Software Foundation

"These certifications represent a new era for the RYF program. Raptor's new boards were designed to respect our rights, and will open up new possibilities for free software users everywhere,"

The Free Software foundation, who forced its founder to resign after some bullies raised a storm over nothing on Twitter and some corporate blogs parroted them, is apparently entering a new era where certifying hardware none of its members, or its founder for that matter, could hope to afford is among the top priorities.

The existing list of "Respects Your Freedom" certified hardware includes a USB microphone, some wireless cards and some ancient refurbished Thinkpads. The entire list of certified hardware, which is quite short, can be found at ryf.fsf.org/products. Perhaps the "Respects Your Freedom (RYF) certification requirements" are too strict for most hardware manufacturers or perhaps a FSF certification simply is not a high priority. Regardless, it is quite sad that there is nowhere near enough certified hardware to build a affordable semi-modern computer. A dusty Thinkpad which belongs in a museum with a free BIOS flashed by a reseller at a gigantic markup is, of course, an option.