Valve released a new beta version of their Steam store on May 15th. It has quite a few general improvements and some Linux-specific ones. Steam In-Home Streaming has been re-named Steam Remote Play and it can now be used anywhere as long as the network connection is good enough.

The subtle renaming of their in-home streaming technology to Steam Remote Play is the biggest news item in this beta. You can now have a Steam game running on your computer at home and play it on a simple tablet or laptop at a local cafe. This does require a solid network connection between your home and the cafe and the nearest Steam datacenter.

The Stem beta's also got a re-worked the shader system to enable downloading of complete collections of pre-compiled Vulkan pipelines for given games. 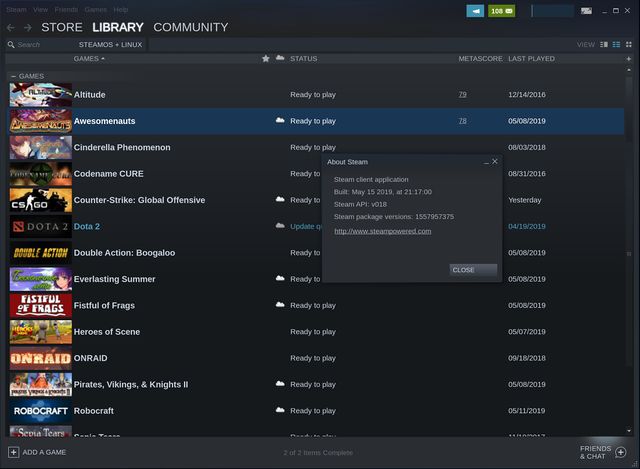 The Linux-specific improvements are:

The Linux Steam beta does not appear to have the just-released Proton 4.2-4.

You can participate in the Beta program by selecting Steam, Settings, Account where you simply click CHANGE... in the section titled "Beta participation".