The cross-platform zlib-licensed Simple DirectMedia Layer v2 now supports the OS/2 operating system. SDL2 support for OS/2 comes nearly 19 years since IBM released the last OS/2 version in December 2001. There's no OpenGL support and no joystick support in SDL2 on OS/2 but most of SDL2's other features are there. 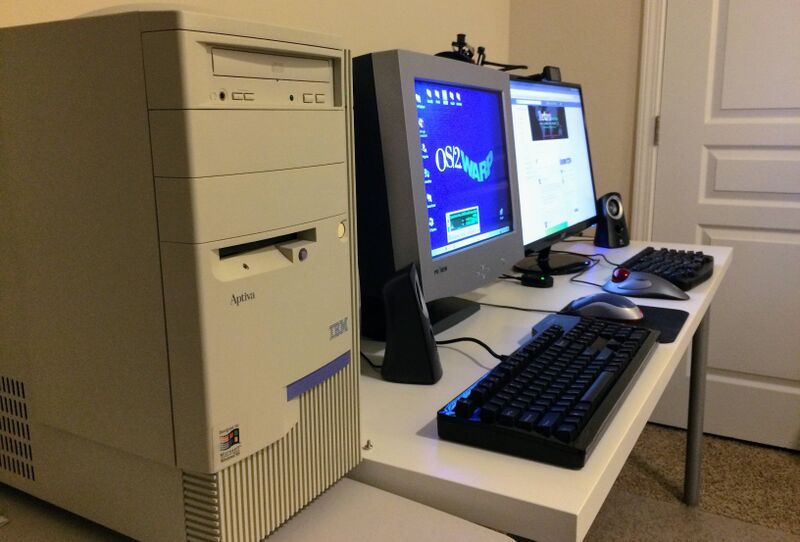 The year was 1997 when two very well-dressed young men appeared at the The Gathering demoscene party held a large hall called Vikingskipet (The Viking Ship) in Norway. The men looked around and then they started handing out CD-Rom coasters to anyone who would accept. The coasters were labelled OS/2 Warp 4 and the men assured me that it was the latest and greatest version of what would surely be the dominant operating system in the near future. These were not "pirated" or illegitimate coasters, they were genuine copies of OS/2 printed by IBM. They were trying to get the kids hooked. It didn't work and OS/2 died off only a few short years later.

IBM released the last OS/2 version, 4.52, in December 2001. Two companies have kept their own proprietary versions of it alive: eComStation, from Serenity Systems and Mensys BV, and ArcaOS, from Arca Noae LLC, are still being sold and to some degree maintained. Both are binary compatible with OS/2 Warp 4. ArcaOS is the most "developed" of the two, it has had several new releases this year.

Those who still run OS/2 or variants of it can now celebrate that the out-of-tree SDL2 port for OS/2 has been merged upstream to the SDL2 project.

SDK2 on OS/2 has some notable short-comings compared to what it provides for other platforms. There's no OpenGL support, there's no joystick support and there's no audio capture interface. Those are kind of a big deal since SDL2 is primarily used by games such as Secret Maryo Chronicles, The Secret Chronicles of Dr. M. and SuperTuxKart. There are some use-cases where it doesn't matter: DOSBox-staging removed support for OS/2 and other older operating systems due to the lack of SDL2 support.

I can't seem to find the genuine OS/2 Warp 4 coaster the IBM suits gave me in 1997 so I can't test how well the newfound SDL2 OS/2 support works.