The latest kernel has a new kernel lockdown mode, a virtio file system, a new device mapper clone target and support for AMD Navi 12 and 14 GPUs as well as AMD Arcturus and Renoir APUs. There is also initial support for Intel Tiger Lake GPUs. Linux 5.4 finally adds support for the exFAT file system - released by Microsoft in 2006. 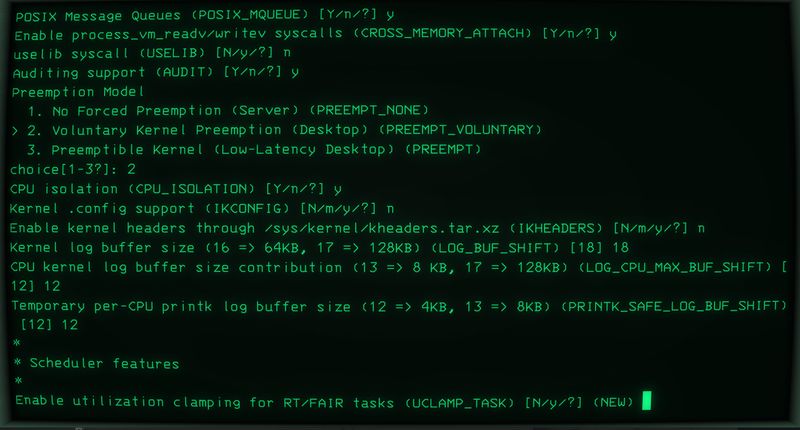 Linus Torvalds had this to say about Kernel 5.4's release:

"Not a lot happened this last week, which is just how I like it. And as expected, most of the pull requests I got were for the 5.5 merge window, which I'll obviously start working through tomorrow.

What little there is here is mostly some networking updates (mix of network drivers and core networking), and some minor GPU driver updates. Other than that it's a small collection of random other things all over. The appended shortlog is small enough that you might as well just scroll through it.

Anyway, this obviously opens the merge window for 5.5. It's not ideal timing with Thanksgiving week coming up, but it hopefully shouldn't be too much of an issue. If I fall behind (not because I'm all that big of a fan of the indiscriminate and relentless turkey-killing holiday) it's because we've got all three kids back for the holiday, and I might push some ot the merging to the second week as a result. We'll see what happens.

Go do the testing thing."

It took 13 years before the Linux kernel got exfat built-in support. It was merged into the kernel's staging-area back in August and now it's made it's way to the mainline kernel. Huawei's EROFS file system has also finally moved out of staging after months of effort.

About half the lines in Linux 5.4 rc1 were AMD DRM register definitions. Kernel 5.4 supports new AMD Navi 12 and 14 GPUs - 12 and 14 being kernel names, not marketing names - as well as new AMD APUs code-named Arcturus and Renoir. We have not tested how well these are supported. The kernel still spits out a message saying WARNING: CPU: 6 PID: 1 at drivers/gpu/drm/amd/amdgpu/../display/dc/calcs/dcn_calcs.c:1401 dcn_bw_update_from_pplib.cold+0x73/0x9c followed by a call trace when booting the now several years old AMDs Ryzen 2400g APU and nothing indicates that AMD will make any effort to make their already-released APUs work right - ever. AMDs commitment to ensuring that their new APIs work well, or at all for that matter, under GNU/Linux is there fore subject to question.

Intel Tiger Lake GPU support is also added to kernel 5.4. The i915 module is still a mess on many Intel iGPU systems; you may want to just avoid both 5.3 and 5.4 series kernels if you have a Intel iGPU.

virtio-fs is likely the most interesting new feature in Linux 5.4 - if you are using virtual machines. It is a FUSE-based driver for sharing a filesystem between a host and guest operating system. It was already possible to do this with NFS, Samba and the likes so it is not a new concept. Using NFS for that purpose is not ideal from a performance-perspective. A kernel-based virtio-fs driver has some clear and obvious advantages which should significantly improve performance in most work-loads.

A new Kernel lockdown feature for high-security requirements may be of interest to those administrating servers running sensitive applications. It looked like this patch-set wouldn't make it into 5.4 since it was rejected for rc1 but it did eventually sneak it. It is a security module which can be used to place all kinds of restrictions between the kernel and the root (UID 0) user. It is potentially very useful for security-sensitive applications and not that useful for your average desktop user.

The complete list of changes since 5.3 is really long. There are a few more less interesting features and a lot of bug-fixes. The site kernelnewbies.org has done a wonderful job at documenting all the small and large changes between kernel 5.3 and 5.4. It may be worth a look if you have the will and time to take a deep-dive into the latest kernel's change-log.

The latest kernel is, like always, available from kernel.org.