Google's new Stadia gaming service will change everything gaming-wise. This is the nightmarish big-brother on steroids future of computer gaming and kids will absolutely love it, demand it and expect it's always ready-to-go resume-where-you-were features to be a standard part of the gaming experience. Parents beware, it is absolutely certain that your kids will want to sign up and use Google Stadia immediately or eventually. Explaining why they should not be using it could be problematic. 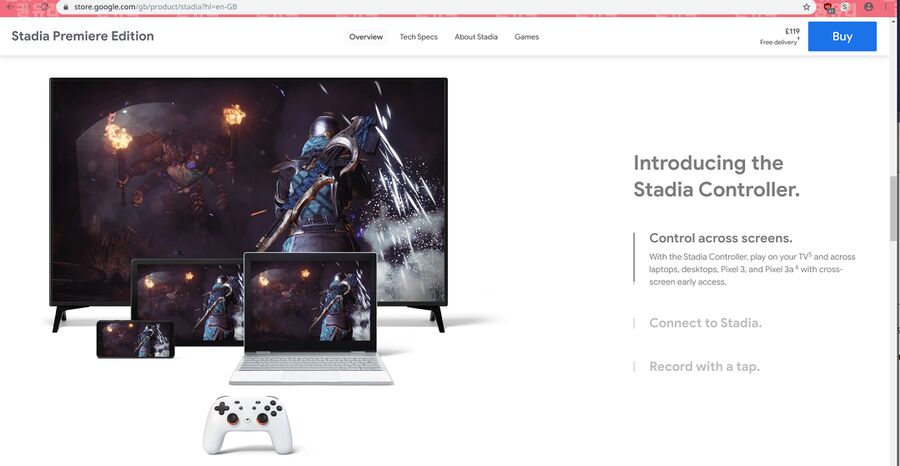 The movie Ready Player One (imdb) from 2018 revolves around a virtual reality world everyone's playing. The characters in the movie can pick up a virtual reality headset, enter their login and they are in the game, where they left off, ready to play on. There is no installation, downloading of updates or anything like that. That movie, or just it's trailer, is worth watching if you doubt that Google's new Stadia gaming service will change the digital gaming landscape in a very fundamental way. It immediately came to mind when Google announced it's Stadia service.

Google's Stadia service is a new cloud gaming service where all the game rendering and computing is done server-side. The joystick button presses and keystrokes are sent back to Google's servers and the rendered game footage is streamed back to the player. It is launching today (November 19th, 2019).

Cloud gaming services do have some disadvantages. Input lag is one, there is no way around that when there's miles between you and the "virtual gaming console" you are using. No ownership of the games you play is another. Commercial games never game with any source code and were never truly owned but you did get a cartridge or CD or DVD you could hold in your hand in the past. More on that later.

The advantages of Google's Stadia cloud gaming platform are profound and game-changing. The service revolves around a controller, not a headset, for now. Connect that controller with a smart-TV or a computer or a tablet or a mobile phone and you're instantly ready to play your games and you can pick up where you left off. What will your son do if he is playing a game on the TV in the living-room and you say "No more video-games today"? The kid can simply click pause, go to his room, connect the controller to his smartphone or whatever device is in there and instantly pick up where he left off. Traditional gaming consoles like the XBox and the Playstation as well as PC gaming stores like Valve's Steam platform are suddenly looking very outdated in comparison.

The Gaming Industry Is On-Board 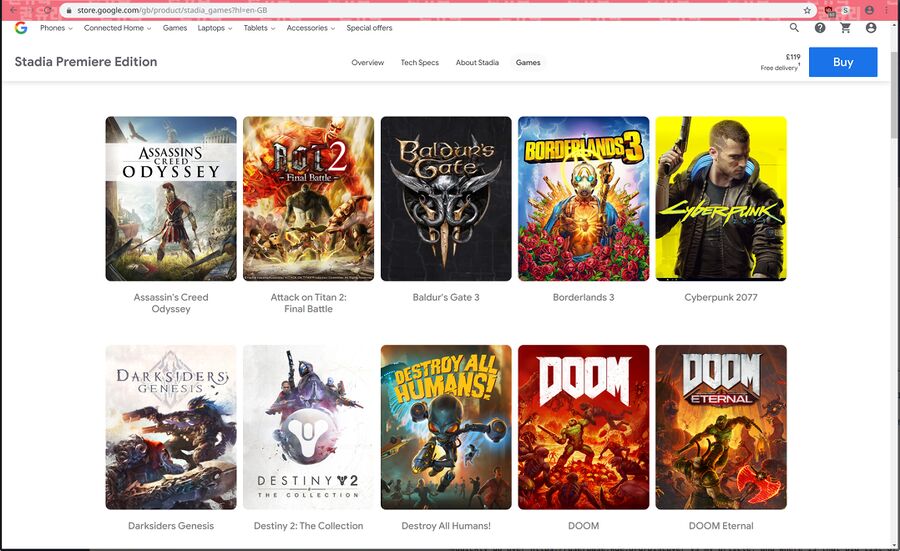 Google Stadia will launch with a wide range of games available.

Google's Stadia service is launching with a rather impressive list of top-tier games. Red Dead Redemption 2 and Shadow of the Tomb Raider: Definitive Edition and plenty of other titles are listed at available at launch.

Google is launching Stadia with only a "Pro" variant available. It will cost you £8.99 per month to enjoy games in up to 4K resolutions with 5.1 surround sound. Some free games are included with their "Pro" service.

The "free" zero-priced base variant is the one which secures that Google's Stadia will become a de-facto standard for gaming. Everyone with access to some kind of device capable of running Google's Chrome web browser will be able to sign up and instantly play trial-versions of the pay-to-play games and the inevitably large amount of pay-to-win games.

This Is The Future The Majority Will Choose

It may appear that we are really "excited" about Google's black-box cloud gaming service. That's not really the case. Looking objectively at how we go from loading times, update downloads and games saved to just one console or computer to a world were you just enter your username and password on any Chrome-capable device and you're set makes us absolutely sure it will be a massively popular service. It's just so convenient. However, the dark side of this service is outright scary.

Here's some points worth considering:

The potential privacy-problems with this service can not be ignored. Consider this: A "puzzle" game is launched and you can play it for free. It's really a IQ test but it isn't announced as one. The results can be collected from the moment the victim enters the game and a profile can be made based on which buttons are pressed even if the player does not manage to or bother to solve the first puzzle.

Privacy-aware people and free software users in general may want to avoid Stadia and also avoid that anyone in their household uses it. You may want to start thinking about how you can explain to your child who wants it that using cloud gaming services is a bad idea. Your child will likely start using it if you do nothing to prevent it. You probably should.