Antonio Ceballos from the GNU Chess engine team is "glad" to announce a new GNU Chess release with "Bug fixes mainly in the input processing". That's the entirety of the changelog since version 6.2.7 was released almost one year ago. The GNU Chess engine was initially released in 1984. It has grown smart during it's 37 years, and you may find that you will have a very hard time beating it. 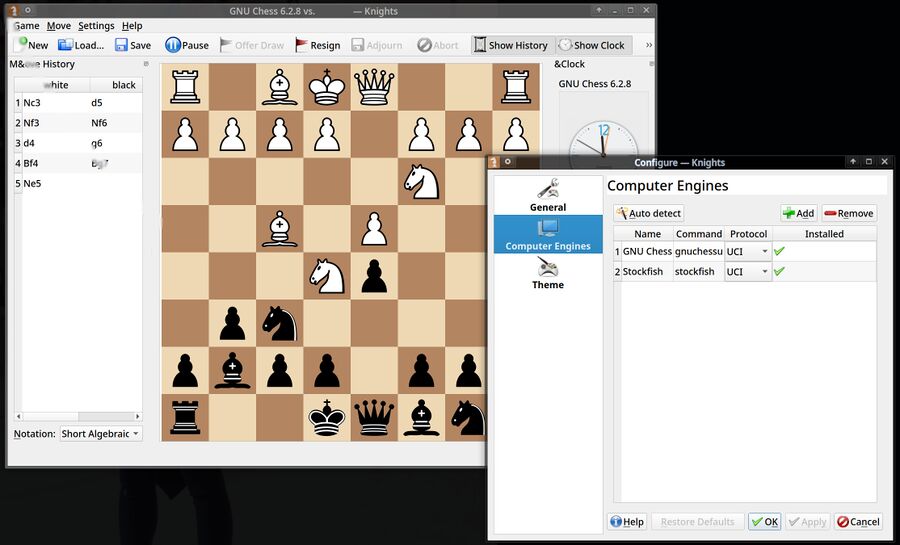 The Knights chess game with a game against the GNU Chess engine.

GNU Chess is a chess engine primarily made to be used with graphical chess programs like Knights, XBoard and PyChess. It does have a built-in text mode where you can play against it by typing in chess moves like f2f4 if you really want to. There's even a microscopic chess board available in the text mode and it can be sort-of "graphical" if you start GNU Chess with -g. 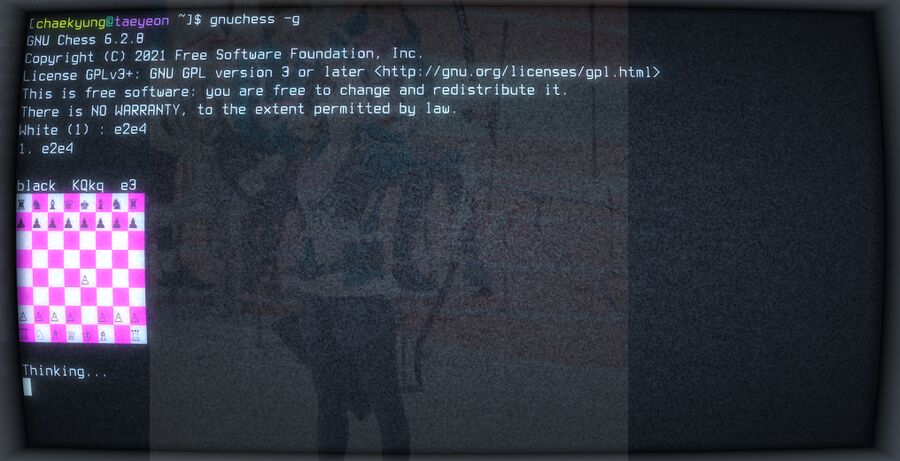 You can play against GNU Chess using it's built-in text mode if you really want to. You're much better off using a graphical front-end like Knights.

The latest GNU Chess 6.2.8 release comes nearly one year after GNU Chess 6.2.7 was released on May 31, 2020. The entirety of the changes between that version and the new version are, by the GNU Chess team, described as:

There may not be much else to change to a chess engine that's been around for 37 years. GNU Chess was originally written by Stuart Cracraft in collaboration with Richard Stallman in 1984. Though.. the modern version isn't related to that version. GNU Chess was re-written by John Stanback before the 2.x series and it was again changed to use a completely new chess engine, based on the Cobalt chess engine written by Chua Kong-Sian, when GNU Chess 5 was released. And that wasn't the end of it, the current GNU Chess 6.x series using a completely different chess engine based on Fabien Letouzey's Fruit engine (Fruit 2.1 to be specific). The first version using the Fruit-based engine, GNU Chess 6.0, was released on April 26th, 2011. That's nearly a decade ago, so there may not be any need to do more with GNU Chess 6.x beyond "Bug fixes mainly in the input processing" at point.

Compiling it is really easy, it does not have any dependencies beyond a compiler and the tiny 804080 bytes gnuchess-6.2.8.tar.gz release archive extracts to a tiny 3.8 MiB folder. You can compile it with ./configure && make in no-time on a 10 year old toaster.

We recommend using Knights if you want to play against GNU Chess, it is a generally nice chess program with support for online chess servers, multiple chess engines, board themes and everything else a chess program should have. It is way nicer than the text-based interface GNU Chess provides..