The game publisher Feral Interactive continued it's recently started tradition of releasing new games on Linux, macOS and Windows at the same time. It can be yours from their website or Steam for $60 or 60€ depending on where you are. 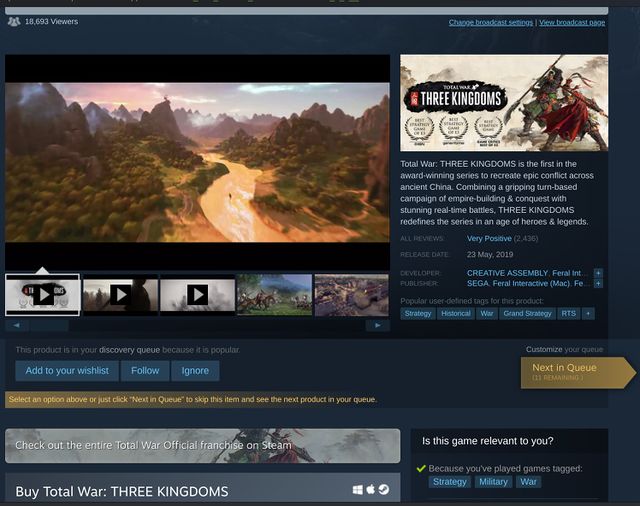 Total War is apparently some kind of strategy franchise and Three Kingdoms is a new chapter of that series set in China.

While we never played any game in this series and aren't about to pay $60 for the privilege of writing a review of it we do like how they are making their proprietary software available to Linux users we well as macOS users the same day the Windows version launches.

You can pay up and buy the game using the Steam client or by visiting feralinteractive.com.