Steam users who upgraded to the latest kernels have found themselves unable to connect to the Steam network. It's already fixed in git master and a patch will be included in the next round of stable kernel releases. A temporary workaround for Steam users is to add the -tcp command-line option to Steam which will by-pass it's default WebSocket connection method and use TCP directly. 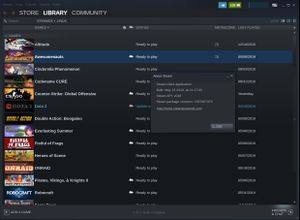 Steam bug #6326 appears to affect a large amount of people using a variety of distributions. Interestingly, not everyone who upgraded to the newer kernels fixing the SACK networking vulnerabilities have problems - but a large amount do. The issue can be worked around by launching Steam with:

That -tcp option could also be added to the Exec line in /usr/share/applications/steam.desktop

Linus Torvalds has already pulled a fix from Google asset Eric Dumazet into git master as commit b6653b3629e5b88202be3c9abc44713973f5c4b4. Linus has instructed the stable kernel maintainer Greg Kroah-Hartman to include this patch in the next round of releases of the stable kernel branches.