QEMU 6.0 Is Released With A Long List Of New Features

QEMU 6.0 is a huge release with a very long list of improvements for everyone using this powerful multi-platform full system emulator to run operating systems for Arm, PowerPC, RISC-V, s390, SPARC, x86 and other systems QEMU supports on Linux, Windows or macOS. 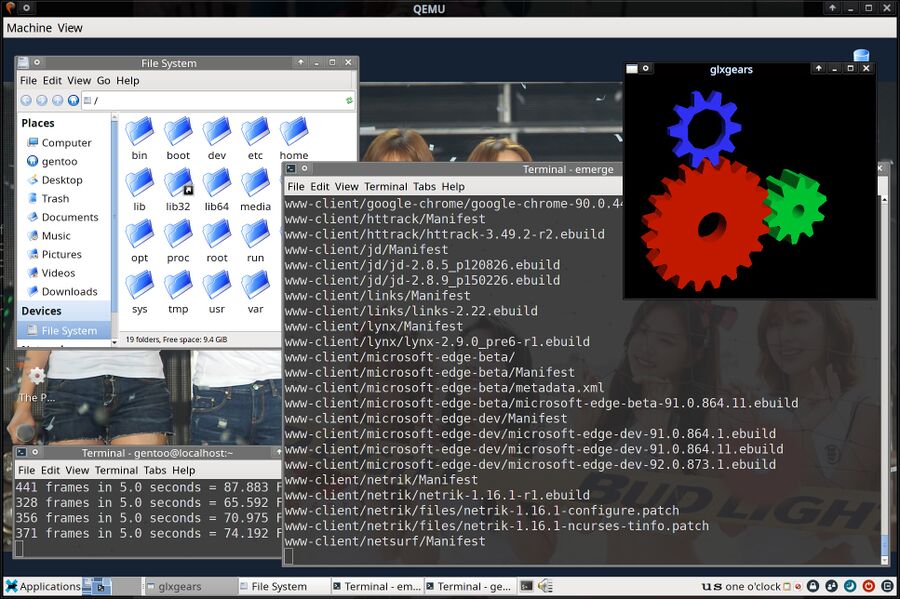 The latest QEMU 6.0 release is a big release with a pages upon pages long changelog.

Some of the highlights are:

The above list of new features in QEMU 6.0 barely scratches the surface, the full QEMU 6.0 changelog is a very long read.

The QEMU download page for Linux does not list any AppImage, Snap, .deb or .rpm packages or binaries of any kind, it simply lists instructions for installing it using the major Linux distributions repositories. All of them have some recently new QEMU version like 5.2, none have the latest 6.0 release. That leaves compiling from source as the only option if you really want QEMU 6.0 now. The source is a 102 MiB tarball that extracts to 724 MiB. Building it is, in theory, as easy as ./configure && make, but there are a lot of optional dependencies to work out. You will likely need to install a number of development packages and a number of ./configure flags like --enable-kvm (kind of important if you want to run x86-64 software on x86-64 without a huge performance penalty). You may be better off waiting until your distribution makes a QEMU 6.0 package unless you really want one of the new features right now. The actual compile will only take about 15 minutes on a Ryzen 1600X with -j 12, even thought the source tree is huge, so it is doable. Make sure to get all the dependencies in place and re-run ./configure so you don't end up with a crippled QEMU if you decide to go that route.

Any project that forces me to compile their stupid code with broken dependencies (such as this one) can go f'ck itself right out the window. My time's more valuable than this sh?t. VirtualBox 6.0 all the way

Agreed. I just want something that can run different OS iso's with a nice GUI. If I can automate it later that's fantastic, but unless I'm going to spend my whole life obsessing over one app, a low barrier of entry is a must.
Permalink
You are ignoring the author of this comment
Show comment | Manage ignore list

20 days ago
Score 0
You and Danseobang are a bunch of idiots.
Permalink
Latest News Headlines See the more archive for news stories
Retrieved from "https://linuxreviews.org/w/index.php?title=QEMU_6.0_Is_Released_With_A_Long_List_Of_New_Features&oldid=21434"
Categories: