No Kelvin is a PC demo scene demo released by the Norwegian demo group Outracks at the The Gathering 2005 demo party. It won 2nd place in the Combined Demo competition that year. It has a pretty cool sound track and alright graphics for a demo from the early 2000s. The demo runs half-way through in Wine 6.8 and then it crashes. We do not know any solution that would allow you to view the entire demo on GNU/Linux.

Wine will, by default, create two symbolic links in $WINEPREFIX/dosdevices:

No Kelvin will fail with a message about "Failed to create temporary file" if you run it outside of the $WINEPREFIX/dosdevices with the default Wine configuration. You will therefore have to adjust the symbolic links in $WINEPREFIX/dosdevices manually or using wine winecfg if you like to have your Windows software in a folder like $HOME/Windows.

No Kelvin will be able to create that temporary file if you make a link from d: -> ../../Windows (assuming that's where you have some folder named Windows). You might as well remove that z: link while you're at it. You won't be able to run Windows software from random folders if you do, so it is a matter of taste - but we've always questioned why Wine makes a link allowing Windows programs to access every file on every mounted location by default and never liked it, not even a little. Perhaps you do. 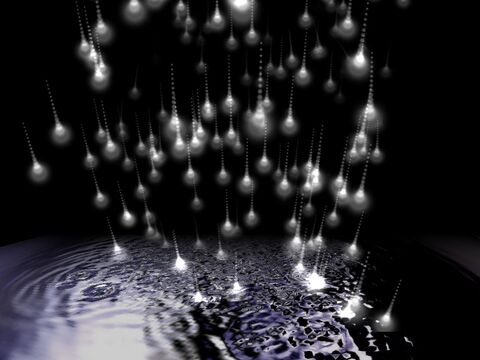 No Kelvin comes with two binaries: nokelvin_fullscreen.exe and nokelvin_windowed.exe. One opens a tiny window and the other changes your screens resolution in order to create a full screen output (not what you want on a multi-monitor setup). This particular demo will not create any larger window for you if you use wine winecfg and enable Graphics ▸ Emulate a virtual desktop at a desired resolution, nokelvin_fullscreen.exe will shrink the virtual desktop and create a tiny "full screen" window at the same small 800x600 sized window nokelvin_windowed.exe creates. The solution is to use gamescope to up-scale if you want it in a larger window or full-screen without changing the monitors resolution.

You can only view the first half of the demo in Wine <=6.8. It consistently crashes with a Unhandled exception: page fault on read access to 0x00000005 in 32-bit code before the end. 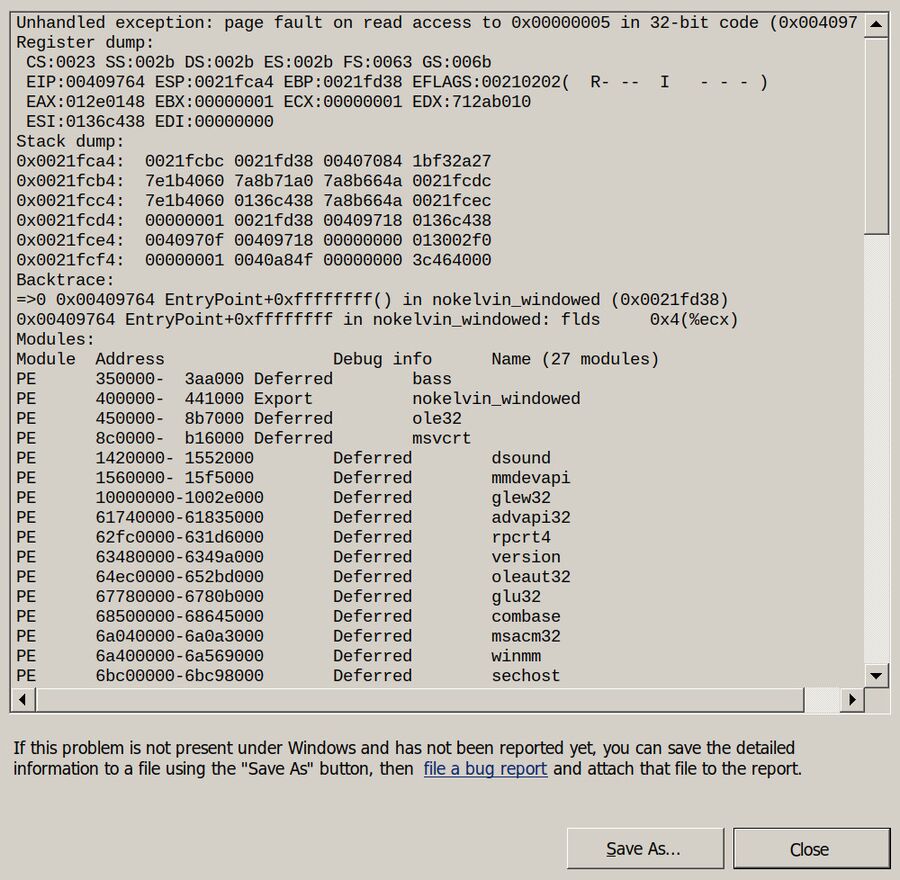 The audio track is readily available as data/music.ogg within the ZIP archive. It's a standard OGG Vorbis audio file playable in any regular music player like Audacious, Elisa, Strawberry, etc.