NewPipe is an Android application for the Internet television site YouTube. It lets you search for videos, subscribe to channels (using RSS) without a YouTube account, bookmark videos and download videos or just the audio from videos. It is a great alternative to using a web browser or YouTube's own app to find and watch videos on YouTube.

NewPipe is free software licensed under the GNU GPL v3. 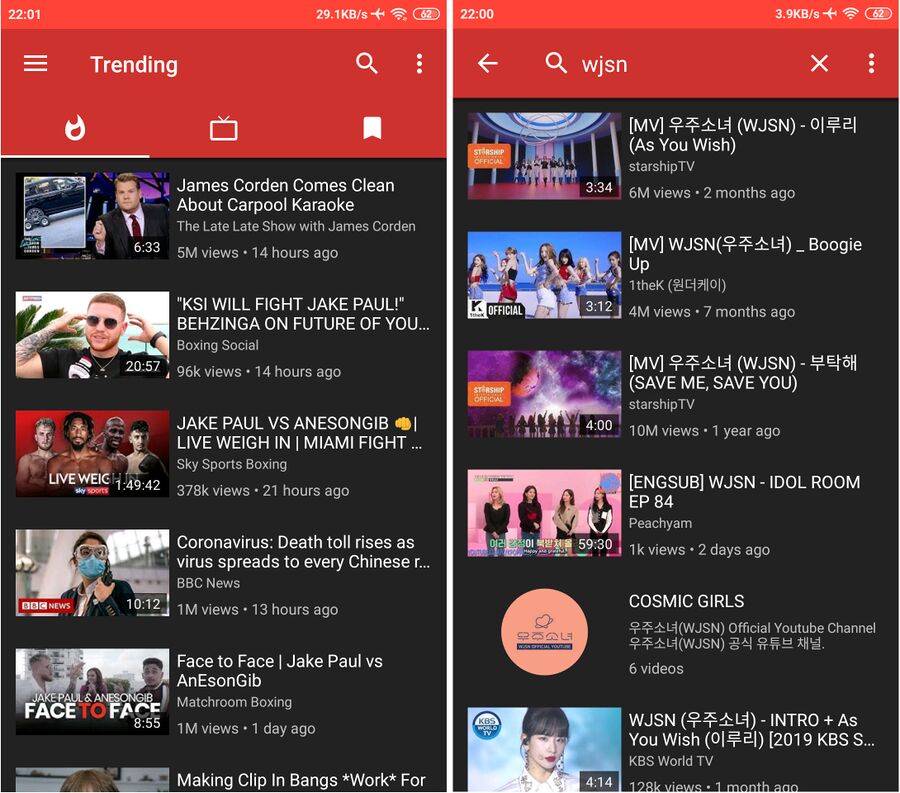 NewPipe will show you the YouTube "trending" (what videos they would like you to watch, not actually trending videos) list when you start it. You can easily use it to search for more interesting videos.

NewPipe starts with a list of the "trending" videos on YouTube and three buttons on the top which allow you to switch between "Trending", "Subscriptions" and "Bookmarked" videos. The subscription feature uses RSS feeds from YouTube, a YouTube account is not required to use any of the features and functions NewPipe has. 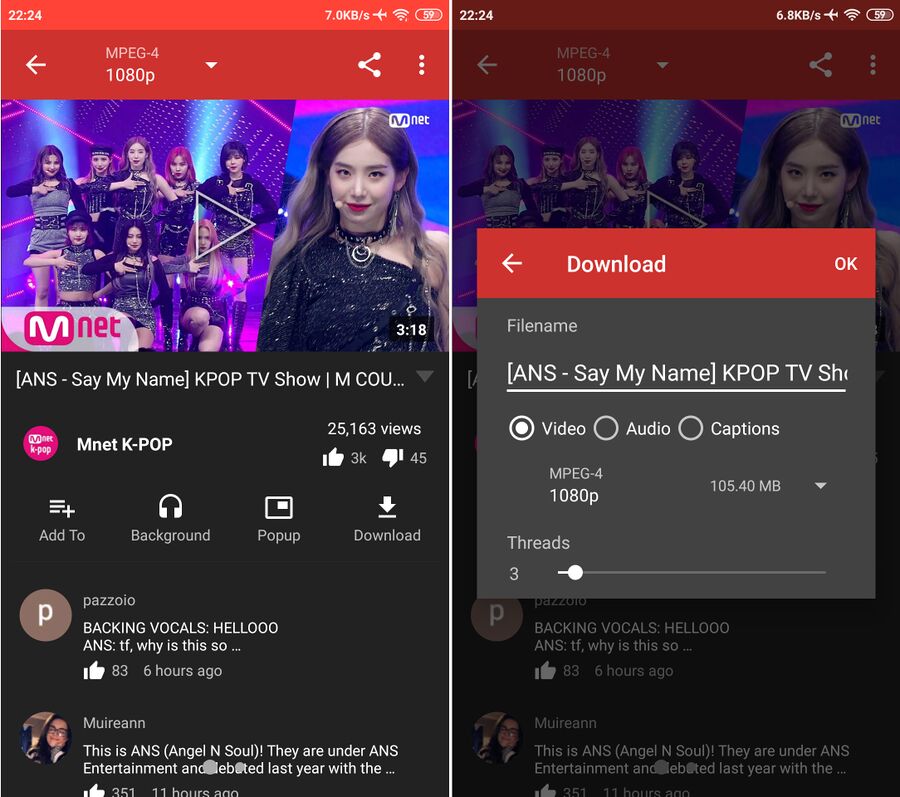 How NewPipe shows an overview of a video and the very handy "Download" option it has.

Clicking a video gives you a bigger video thumbnail with a play button, a list of comments on the video and several handy options like "Add To" to manage playlsits, "Background" to play the video in the background, "Popup" to have it in a popup and "Download". The "Download" button lets you choose resolution from a long list. It is also possible to just download the audio track from a video. This is very handy if you want to grab some videos so you can watch them on a bus or a train or somewhere else where there is no unrestricted WIFI available. 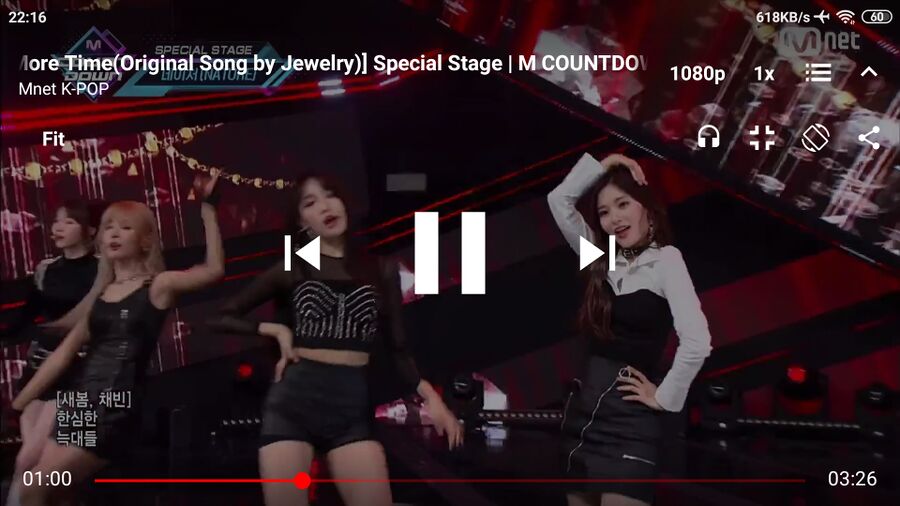 The actual video player is very easy to use. Clicking on the video brings up on-screen controls. They go away if you leave it alone. The on-screen controls allow you to change resolution, playback speed, change volume and change brightness. Options for placing the video in the background, rotating it or sharing it are available from a drop-down menu.

NewPipe will show advertisements in videos on YouTube. It does not show any "overlay" advertisements that are not part of the actual video files or any other advertisements for that matter beyond those certain bigger channels (like Gamers Nexus) have within their videos. 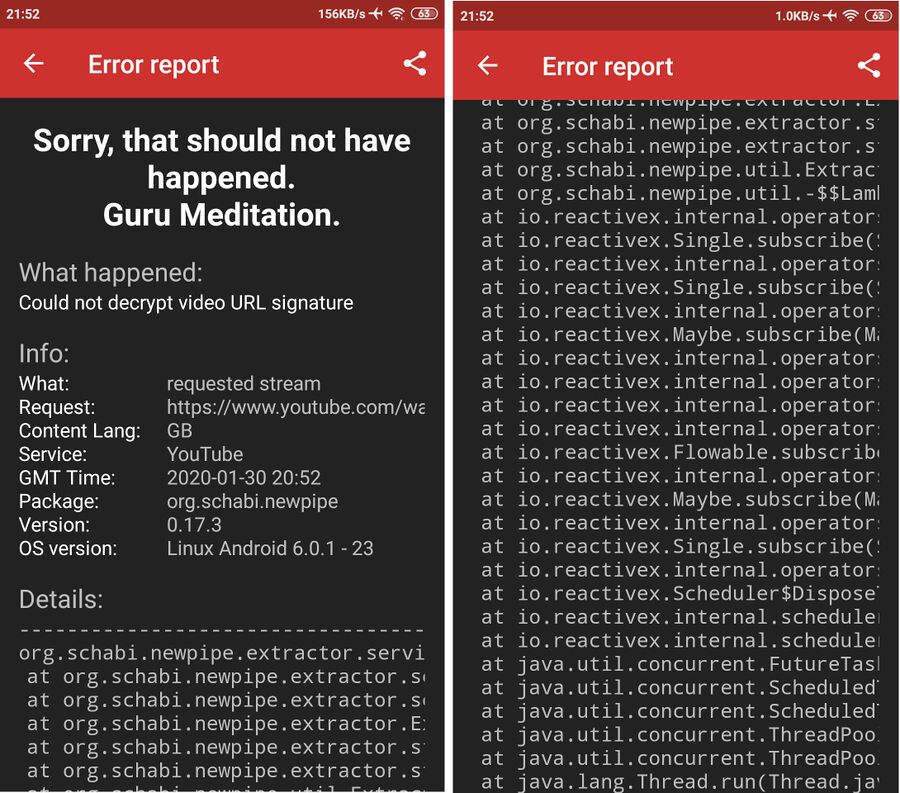 Changes to YouTube will sometimes make NewPipe crash and fail to play videos.

The NewPipe application suffers from the same inherent problem with using non-free network services other software which interacts with YouTube suffer from: Changes to YouTube's website will break it on a regular basis. Other software like the popular Youtube-dl tool for downloading videos and/or playing them in mpv have the exact same problem.

Every working NewPipe version released thus far has eventually become unusable. It will sometimes take a long time before a new version of NewPipe which is adapted to the latest version of YouTube's website is released.

NewPipe has all the bases covered when it comes to features you would want from a video application which is tied to a private Internet television platform (which is what YouTube really is at this point). The only severe limitation is its limitation to Google's YouTube service. There is no support for any other video sharing platforms.

Google is not at all happy about applications like NewPipe who let users watch videos on their YouTube platform without logging in or viewing advertisements. NewPipe is therefore not allowed in the Google Play Store.

NewPipe is available in the free software F-Droid appstore where it is listed as f-droid.org/en/packages/org.schabi.newpipe/. You can install F-Droid from f-droid.org if you do not have the best free software "app" store installed on your "smart" phone(s) and/or tablet(s).

NewPipe can also be acquired from its releases page on Microsoft GitHub. GitHub is also where the source repository resides.

There have been several examples of malicious people pushing NewPipe forks (it is free and open source software) with adware and malware to various app stores. Get it from F-Droid or NewPipe's github releases page page to make sure you are getting a genuine version.

4 months ago
Score 0
Newpipe is a freat app, I use it as my only means to watching Youtube.