Microsoft have made a "public preview" a native Linux version of their Teams collaboration software available as .deb and .rpm packages. The announcement describes it as "the first Microsoft 365 app that is coming to Linux desktops". 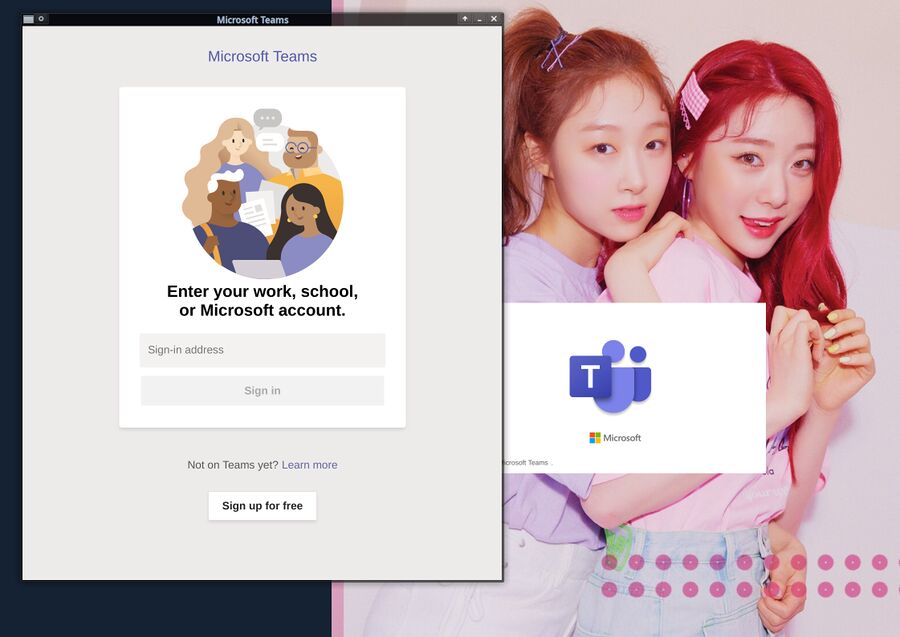 Microsoft's Teams software is capable of producing a login-window on GNU/Linux desktop systems. You need some kind of account to proceed.

GNU/Linux users who have wanted to use Microsoft Teams have so far been limited to using Microsoft's web browser version. The "public preview" release of a native Linux client gives Linux users the option of using the full desktop version of the collaboration software for people wearing suits. Competitor Slack has had a Linux beta version available for some time now.

Microsoft's Teams announcement states that the client will eventually

"support all of Teams’ core capabilities. Teams is the hub for teamwork that brings together chat, video meetings, calling, and collaboration on Office 365 documents and business processes within a single, integrated experience."

It sounds a lot like Microsoft is planning to release native Linux version of their Office 365 office suite and other "Microsoft 365" software in the not too distant future.

We did test that their Teams preview installs and executes. We did not go beyond the login screen which requires a "Work, School or Microsoft Account".

The Teams Linux version is available from the regular Teams download page as .deb and .rpm packages. There are no snap or flatpak or AppImage versions available. Microsoft lists Ubuntu 16.04 LTS, 18.04 LTS, Fedora 30, RHEL 8 and CentOS 8 as supported distributions. Installing their .deb or .rpm Teams package will add a Microsoft repository to the distributions sources list. Their separate linux installation instructions page mentions that the Teams package will be updated monthly.

Microsoft Teams is only available in binary form. It is not released as free or open source software.

I have the distinct impression that you need some kind of subscription to use the Microsoft 365 products Teams is meant to work with.
Permalink
Latest News Headlines See the more archive for news stories
Retrieved from "https://linuxreviews.org/w/index.php?title=Linux_Version_Of_Microsoft_Teams_Is_Now_Available&oldid=12071"
Categories: