The changelog for the latest release candidate for the upcoming 5.2 kernel is mostly uninteresting. There's a "Fix the microcode load on CPU hotplug for real" and "Fix out-of-bounds read when setting fail state" for those using CPU hot-plugging. There are of course a lot of other bug-fixes and improvements since rc6 but most appear to be rather trivial. 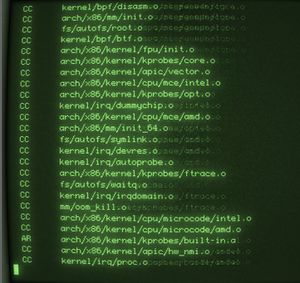 Linus Torvalds released the latest kernel RC from a boat using a phone hotspot WiFi. He had this to say about the release:

"It's Sunday afternoon _somewhere_ in the world right now. In particular, in the middle of nowhere on a boat.

I didn't expect to have any internet this week, and honestly, I haven't had much, and not fast. But enough to keep up with critical pull requests, and enough to push out an rc.

But credit for the internet goes to Disk Hohndel and vmware, because I'm mooching off his phone hotspot WiFi to do this.

Anyway, It's been fairly calm. Would I have hoped for even calmer with my crappy internet? Sure. But hey, it's a lot smaller than rc6 was and I'm not really complaining.

All small and fairly uninteresting. Arch updates, networking, core kernel, filesystems, misc drivers. Nothing stands out - just read the appended shortlog. It's small enough to be easy to just scroll through."

While the latest RC is uninteresting, Kernel 5.2 isn't. As we outlined in "Kernel 5.2-rc1 is Released with A Lot of Changes and Potential Performance Improvements" after the merge window where featured are added, not just bug-fixes which is what the rest of the release cycle gets, there's a lot of new features and changes and improvements in 5.2. The changes are actually significant enough that we strongly recommend sticking with either 4.19.x or 5.1.x until kernel 5.2.1 or perhaps 5.2.2 is out.