Linux 5.1.5 released with IMPORTANT Fix for Users of Encrypted LVM volumes on SSDs

It could appear that Linux 5.1 got a bit too eager when it comes to file-system trimming after a simplification of the code which decides what to discard. This could lead to data-loss on certain setups. Linux 5.1.5 has a patch which makes fstrim obey max_io_len_target_boundary again. 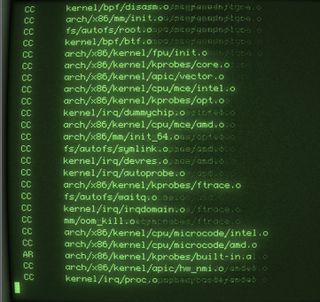 The joys of compiling a brand new git kernel

Reports[1] indicate that the fstrim-issue only manifested itself in specific setups with dm-crypt encrypted LVM volumes running on a SSD. This is what you get if you simply click [x] encrypt during installation of Fedora and Ubuntu so it is not that uncommon.