The KernelShark graphical interface for the kernel's internal tracer Ftrace has reached version 1.0. This version is a complete rewrite in Qt. The original version from 2010 used GTK+ 2.0. The new version has more features and nice big buttons which hopefully makes it easier to use. If you want detailed information about what your machine is doing on a low level then KernelShark may be for you.

The KernelShark package comes with two parts: The command line tool trace-cmd (man) which can be used to record traces using the Linux kernel's Ftrace tracker (available as CONFIG_FTRACE=y) and the graphical KernelShark user interface which lets you visualize and analyze recorded traces. 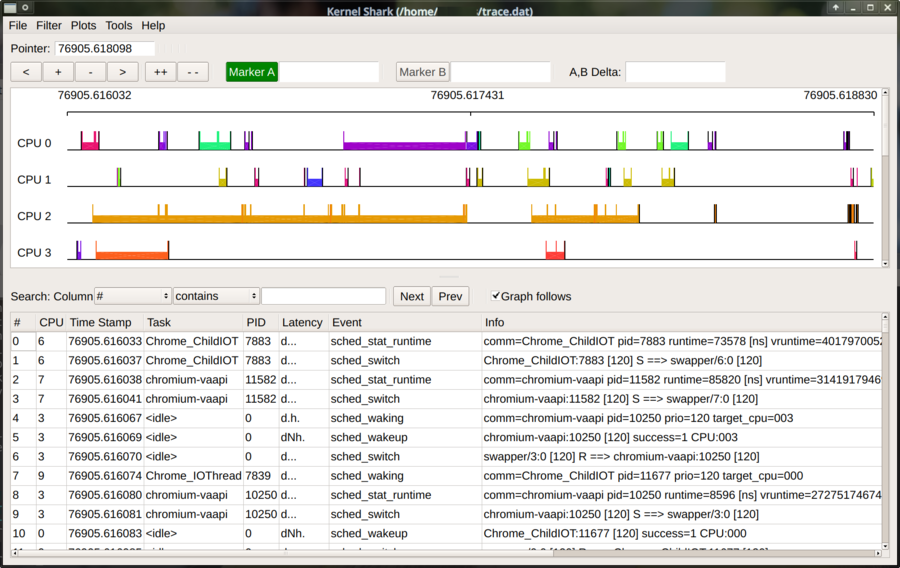 KernelShark maintainer Steven Rostedt and his team have worked "tirelessly" to bring you this new version. Team member Yordan Karadzhov did the majority of the work. Steven Rostedt will eventually hand the maintainer role over to Karadzhov.

Building KernelShark doesn't require much. You just need Cmake, Json-C, OpenGL/Glut and Qt5Base in addition to a standard build environment.

KernelShark 1.0 as well as build instructions and basic documentation can be acquired from http://www.kernelshark.org/