A new video by Project Veritas sheds some light on why Google's search engine is showing less and less relevant results and more irrelevant propaganda which they prefer you see. It has a revealing undercover video of a high-level Google Executive, an interview with a Google Insider and some documents showing how Google's in reality a publisher and not a provider of a neutral search-engine or a neutral platform in the case of YouTube.

"This video shows Google’s biases are now a threat to a free and fair election, all while they hide behind the immunity given by Congress years ago when they were supposed to be a simple ‘town square’ where everyone’s voice could be heard without biased results. In fact, Google references a significant role they see themselves fulfilling in the 2020 elections. This discovery should set off alarm bells throughout the country. It is no secret that Google has a political agenda. Multiple brave tech insiders have stepped forward and exposed Google’s censorship of content and specialized algorithms. This media giant’s ‘social justice narrative’ should distress all Americans who value a free and open society. Google should not be deciding whether content is important or trivial and they most assuredly should not be meddling in our election process. They need their immunity stripped and to be properly pursued by class action lawsuits by those they have knowingly harmed."

The Project Veritas video is about 25 minutes and it is totally worth watching.

"We’re also training our algorithms, like, if 2016 happened again, would we have, would the outcome be different?""

The above statement makes us wonder just what those algorithms are trained to do in 2020 since pretending a popular presidential candidate - who happened to win - does not exist is apparently not going far enough... 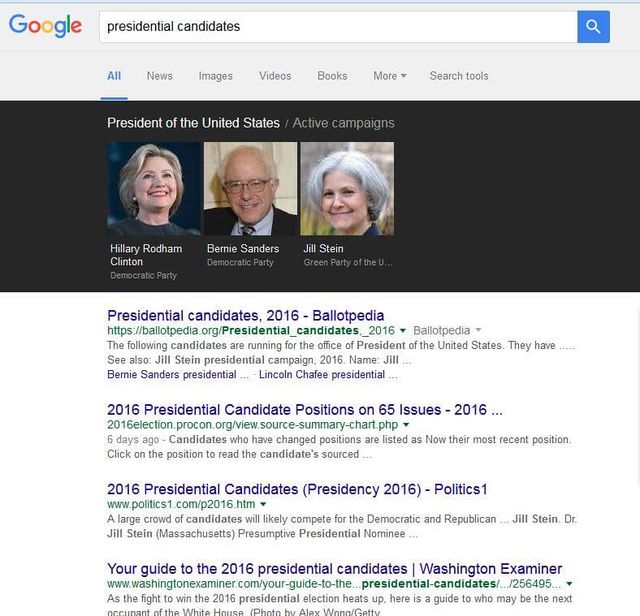 There are some free software solutions which can, in part, help solve this particular problem. The peer to peer search engine YaCy is not very good and the number of peers in the network is rather low. Still, it is a uncensored and unbiased search engine you can install on your own server. It can be combined with the metasearch engine Searx for a combination of results from existing search engines and YaCy instances.

Google deleted this video from YouTube with a message saying it was due to a "third party" privacy claim. What third party would that be? The video is entirely about Google. The tech giant censorship does not stop there. Project Veritas was recently banned from Reddit - a heavily censored site which pioneered shadow-banning long before Twitter made that term commonly known. Project Veritas has also been removed from YouTube's competitor Vimeo. Smaller YouTube-creators who merely mention this video are being banned and sites writing about it are being de-prioritized in Google's search-engine. This is why peer to peer based solutions are so important. And we stress peer to peer. Sites like GAB and BitCute are good alternatives but they are in no way solutions; they don't solve anything long-term because they are vulnerable single points of failure.

You may want to bookmark this site if you find it interesting. It will probably not be very easy to find using one particular search engine from here on.