Imposing substantial constraints on users' running, modifying or sharing software subjugates users and exerts control over their digital lives through unjust, tyrannical powers. Software freedom amounts to not being subjugated nor coerced by software tyrants. 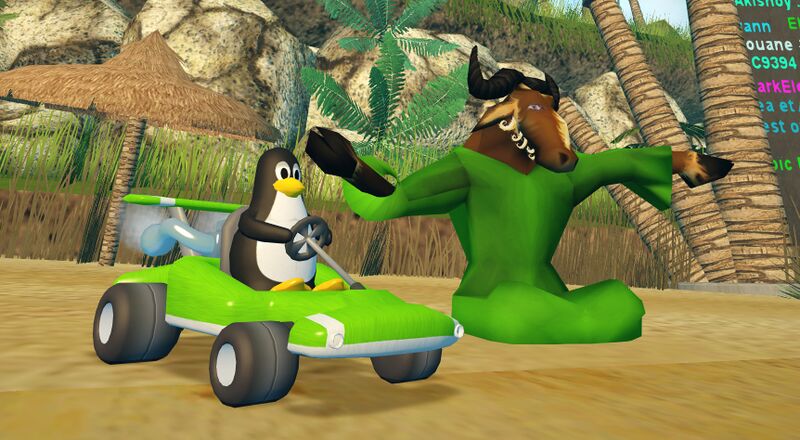 Tux and GNU hanging out at the beach.

The Free Software movement fights for the abolition of software tyranny. We denounce and combat threats to users' autonomy, and software tyrants' attempts to wield power over users.

Open Source Software was introduced as a marketing campaign for Free Software. However, by focusing on the practical and economic advantages to be derived from collaborative development, it ended up campaigning to enlighten despots, rather than to overthrow software tyrants. The campaign encourages software tyrants to voluntarily give up, when it suits them, some of their tyrannical powers over software, and thus over users. This marketing campaign misses the point. Though enlightened, former tyrants remain despots. Users don't deserve freedom only when that's advantageous to despotic rulers.

Trade secrets and copyrights were the earliest powers that software tyrants relied on to control users. Denying software users the rights to modify, distribute and copy the software they use to do their computing renders them subjugated, divided and helpless. Granting copyright licenses that allow these uses, and arranging for users to have access to source code enable a software despot to qualify as a software supplier that respects users' freedoms.

Copyright licenses are unilateral grants of permissions for behaviors that copyright law reserves to the copyright holder. To qualify as Free Software licenses, they have to allow recipients, individually and collectively, (a) to study the source code, to see what the software does, (b) to adapt it so that it does what users wish, (c) to copy and distribute it, with or without modifications, and (d) to run it for any purpose. To qualify as an Open Source License, the criteria are stated differently, but they are intended to be equivalent, so OSS licenses are also FS licenses, and vice-versa, with no more than a few accidental exceptions.

All FS/OSS licenses, from public domain emulation to the strongest copyleft, have the following in common: they enable users to do whatever they wish with and to the software, and to have as full control as they wish over their own copies thereof. FS/OSS licenses cannot vary in this regard: respect for the essential freedoms is a strict requirement.

Choosing the copyright license that will govern uses of a program is power, not freedom, because it affects mainly others. It amounts to wielding the power of copyright. Denying users' essential freedoms through this power is software tyranny. For FSers, such a use would be anathema; for OSSers, it's a poor choice that an unenlightened despot might make.

Copyleft is a licensing practice that, besides respecting the essential freedoms, also defends them for all users of a program, by refusing to transfer to intermediaries any power over other users. To that end, permissions are granted in narrow ways, so that the software can only be passed on along with the essential freedoms, and without power to subjugate others.

Despite our differences, FS and OSS proponents can often collaborate in developing software, especially when it is licensed under strong copyleft licenses. Conflicts are to be expected, however, when the software hits situations that place abolitionists of software tyranny and proponents of enlightened despotism at opposite sides. Disputes may involve stances on issues ranging from proprietary blobs (firmware, web scripts) and DRM implementations to surveillance, advertising, SaaSS and network dis-services.

OSSers won't generally support FSers in overthrowing software tyrants and abolishing their absolute power, nor would they join us in promoting those goals. OSSers who feel aligned with these goals are advised to look into why they don't think of themselves as FSers; we welcome them in our struggles for freedom. True OSSers will only share part of the walk with us, and that help is also welcome, in as much as it empowers users without empowering software tyrants. Cooperation between OSSers and FSers is frequent in FS/OSS development projects, and conflicts can be avoided by acknowledging the significant differences in ultimate goals, and agreeing early on to take an unequivocal joint stand for software freedom for users, and against its opposite: software tyranny.

Thanks to Mylene for asking the question that sparked this article.

This article Copyright 2021 Alexandre Oliva. This article is available under the Creative Commons Attribution-ShareAlike 3.0 license. You can also distribute verbatim copies of the unaltered original article available at the source URL https://www.fsfla.org/blogs/lxo/draft/against-software-tyranny by appending a copyright notice found on that page to it.